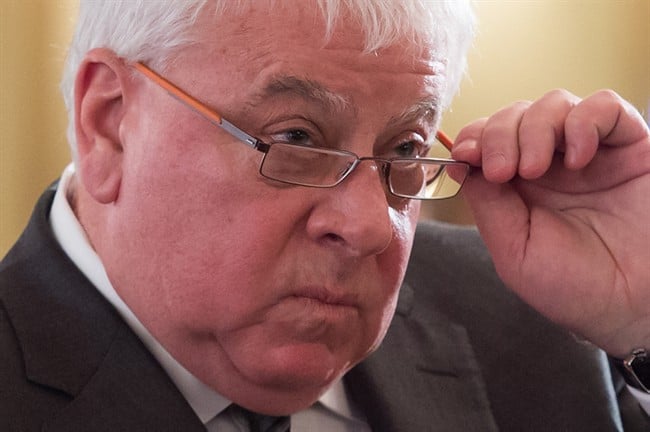 EDMONTON – The president of the company behind the Trans Mountain pipeline expansion proposal has backed off earlier remarks in which he suggested he was unsure humans are contributing to climate change.

“My comments didn’t come out quite right,” Ian Anderson of Kinder Morgan told the Edmonton Chamber of Commerce on Wednesday.

Last week, Anderson said in Vancouver that there was disagreement about the degree to which people are causing global warming and that he didn’t know enough to make his own conclusion.

“That’s been our view from the beginning and it continues to be our view.”

Anderson also praised a federal government announcement earlier this week that it will spend $1.5 billion over five years to improve ocean protection, including spill response, along Canada’s coastlines.

“It’s an important plan to be pursued by the federal government. We support it entirely,” he said.

Anderson went on to reiterate arguments in favour of his company’s $6.8-billion proposal for a pipeline expansion between Alberta and British Columbia to bring oilsands bitumen to Vancouver-area ports. Many First Nations and environmental groups fear the consequences of a spill and oppose the pipeline.

After extensive hearings, the National Energy Board has recommended that the line be built. The federal government has said it will make a decision by mid-December.

If all approvals are granted, the pipeline could be operating in 2019, Anderson said.