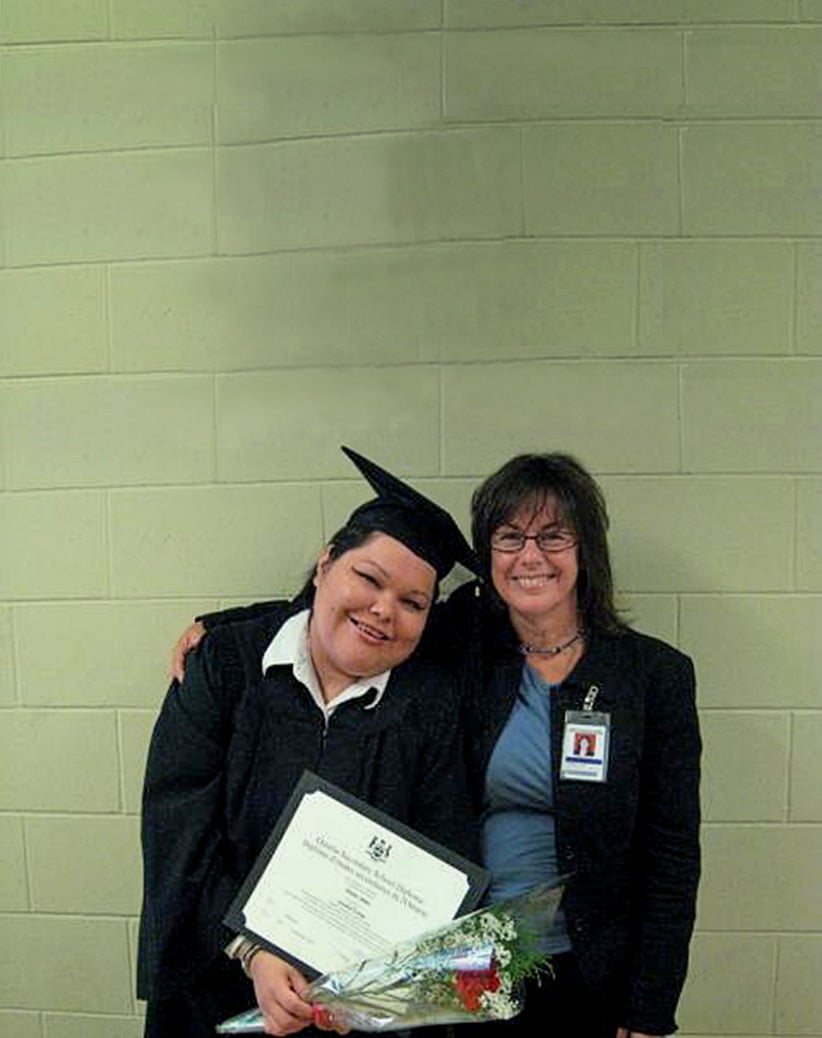 Kinew and Kim. (No Credit)

SASKATOON — An inquest into the death of a 35-year-old woman at the Saskatoon Regional Psychiatric Centre has been postponed indefinitely.

The examination of what happened to Kinew James was to have begun Monday, but after a massive collection of new documents was presented to inquest coroner Timothy Hawryluk, he adjourned the proceedings.

He said it is unlikely the inquest will resume until the fall at the earliest and possibly not until early 2017.

Kinew James died in 2013 after suffering an apparent heart attack in her cell.

Inmates have alleged that James was denied timely medical assistance.

The Canadian Association of Elizabeth Fry Societies had said earlier it hoped the inquest would lead to better care for aboriginal women with mental health issues who are serving time in prison.

On Monday, association lawyer Gillian Gough and Josephine de Whyttel, a lawyer for James’ mother, argued the disclosure documents provided by the Corrections Service of Canada — which covered the year leading up to James’ death — weren’t enough.

Gough presented a package made up largely of CSC documents the society obtained while fighting for James’ release in 2011. Containing some 8,000 files, some of the documents dated back as far as 1998.

Gough said it was important to look at how various factors from James’ incarceration may have contributed to her death.

For instance, Gough noted James was transferred between facilities some 30 times and argued this could have affected the continuity of her health care. Gough also said James had been in and out of the Saskatoon facility 13 times over the years.

Hawryluk said he was disappointed at having proceedings derailed on the first day, but he wasn’t comfortable ruling on a request to expand the scope of the inquest until he’d had time to review the new documents.

Cecil James, Kinew’s brother, said the family was glad there would be a pause to consider the new information.

Cecil said he has had trouble accessing even the original disclosure that was provided.

He and James’ family live in Winnipeg, and he had to go to Regina to look the disclosure over in the coroner’s office there. He said he made the trip last Wednesday and was troubled after even a quick examination of those documents, not to mention the thousands of new ones presented Monday.

James was serving an aggregate sentence of 15 years for manslaughter, assault, uttering threats and other charges _ many of which happened after she was first sent to jail.

According to a Board of Investigation report, James, who was diabetic, activated the emergency call alarm in her cell and told corrections staff that she was feeling sick and lethargic the night she died.