The teen accused of killing four in La Loche, who can't be named under the Youth Criminal Justice Act, saw himself as the 'black sheep' of his family 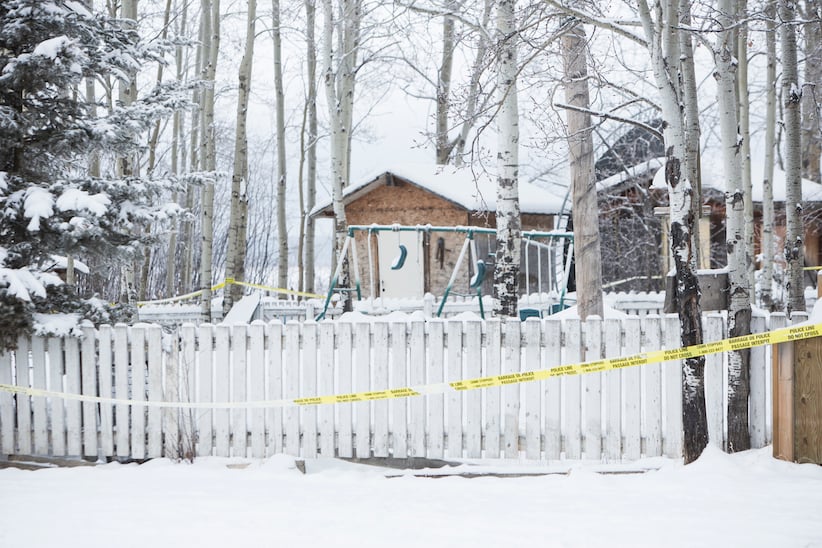 LA LOCHE, Sask. – A 17-year-old boy accused of shooting to death four people in a remote Saskatchewan First Nations community described himself as an “outcast” at home and victim of bullying at school, say his friends.

The teen, who made his first court appearance after the Friday killings, was known to hold his emotions inside and rarely spoke, even when hanging out with his high school buddies in La Loche.

“He was the black sheep of the family,” said Noel Desjarlais-Thomas, who described the accused as one of several friends who always hung out together.

The 16-year-old said the teen suspect would message the others in his circle of friends about not being treated equally or fairly by his family.

“He just said he was going to do something. He never really said much after that,” he said on Monday.

“We’d ask ‘Why?’ He never really told much. After that, it would just go blank. The conversation would just stop and something else would happen, the subject would (change.) No one ever thought this was going to happen.”

The suspect, who can’t be named under the Youth Criminal Justice Act, is charged with four counts of first-degree murder and seven counts of attempted murder.

He stared at the floor for much of his first court appearance on Monday.

The tall, thin 17-year-old wore an orange jumpsuit and had his legs and hands shackled as he was brought into a packed courtroom in Meadow Lake — a community about 350 kilometres south of La Loche, where the shooting happened.

He spoke in a soft voice as the judge asked him whether he understood he is not to contact several people involved in the case.

He is to be held in custody until his next court appearance Feb. 22.

The boy’s lawyer, Ian Mokuruk, said he was contacted on the weekend to represent the accused at his first court appearance. Asked outside court how his client was doing, Mokuruk said: “He’s upset. Much like his demeanour in court, he was not at all happy, which is understandable. It’s a very tragic situation.”

The teen’s family members were in court, but left without speaking to reporters.

Desjarlais-Thomas and another friend, George Janvier, were both inside La Loche Community School on Friday when gunfire broke out. They fled the area, one racing to safety outside, the other barricading himself inside the gym change room.

Janvier, 16, said he and his friends have since been discussing what could have motivated the attack that also wounded seven people.

Both friends said they were aware of at least one other teen who regularly picked on the accused. Neither boy could describe what form the teasing took, other than recalling jokes were made or people would act “tough” toward him.

But they both understood the accused didn’t like it.

Mostly, the teenagers simply knew the accused as an introverted peer who hung out with them every day.

“He seemed like a nice guy. Whenever we hung out we’d make jokes. We played cards lots, too. One time we skipped school and hung out and we played cards for the afternoon,” said Desjarlais-Thomas.

He doesn’t understand what could have happened.