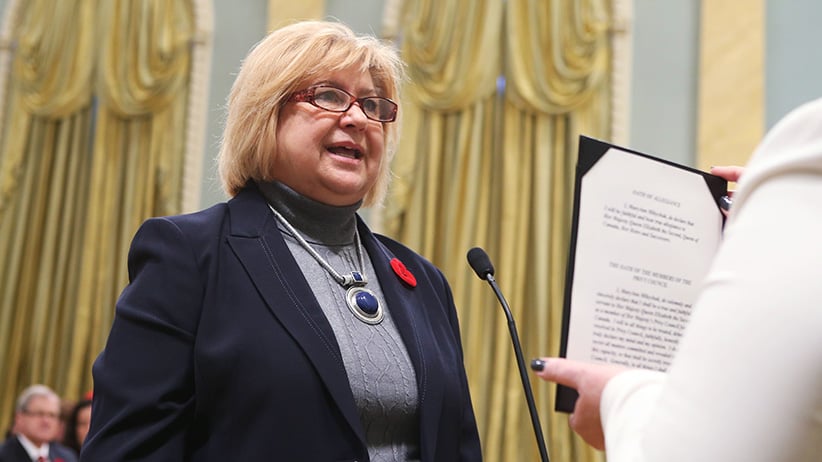 OTTAWA – The federal government is signalling that when it finally unveils changes to parental leave rules, there will be provisions dedicated exclusively to new fathers.

When Prime Minister Justin Trudeau mused about the idea last month at the United Nations, it was in the context of more gender equality and increasing opportunities for women in the workforce.

In an interview this week, Labour Minister MaryAnn Mihychuk said she’s interested in making dedicated paternity leave a part of promised changes to parental leave under the employment insurance program.

Dedicated leave for fathers is already in place in Quebec, where fathers alone are allowed to take five weeks of leave with the provincial benefits system covering 70 per cent of their salary. Elsewhere in Canada, fathers can split up to 35 weeks of leave with new mothers.

“I’m open to promoting some fairly large changes in that whole sector because families have a tough time — especially when you have preschoolers,” she said in an interview with The Canadian Press this week.

“And if you have children under two, it’s a real challenge for those families so I think we want to modernize the system.”

The Liberals promised during the election to extend parental benefits under the employment insurance system to 18 months from 12.

The new system wouldn’t have a similar increase in benefits, but would instead allow parents to spread one year’s worth of payments over a year and a half.

Critics of the plan say such a system would only benefit those women and families who have enough resources to cover expenses during a year where one or both parents have reduced income.

As well, research suggests that the more time women take on maternity leave, the less likely they are to return to full-time work.

Instead, the budget said changes to each program “will be advanced over the course of the government’s mandate.”

That disappointed some parents, including the group Toronto Mommies, which started an online petition with more than 37,000 signatures demanding the government fulfil its election promise.

Related: Inside the ‘daddy wars’

Mihychuk said the government is going to consult with Canadians in the coming months about changes.

“We’re going to look at the overall program on maternity and family leave or parental, and compassionate (care), we’re going to make it more flexible, but maybe we need to look at it even bigger,” she said.

“This is like phase two of the EI reforms.”