Tara Roe Smith, a 34-year-old mother of two young boys, is the third Albertan confirmed dead in the shooting 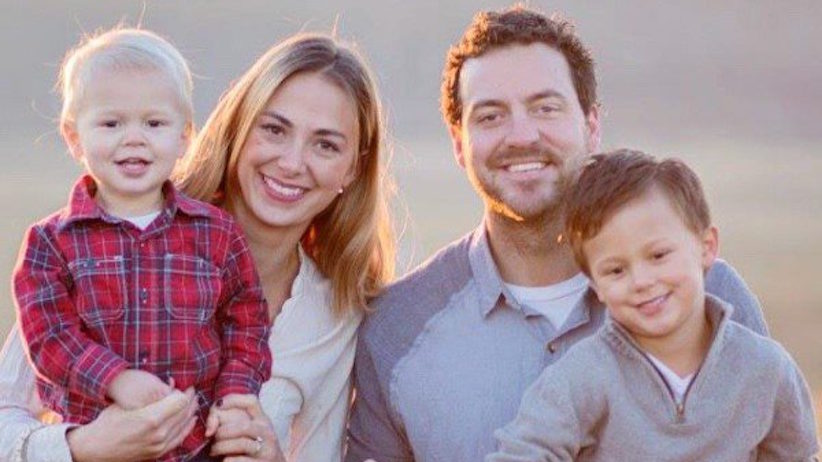 Tara Smith Roe of Okotoks, Alta. is shown in a photo from a GoFundMe page for the Roe/Smith family. There are reports Tara Smith Roe is missing after being separated from her husband at the Las Vegas concert Sunday night and relatives are making pleas on social media for any information on her whereabouts. THE CANADIAN PRESS/GoFundMe

A fourth Canadian has been confirmed dead in a mass shooting at a country music show in Las Vegas.

Tara Roe Smith, who was 34 and lived in Okotoks, Alta., was there with her husband, Zach, for a weekend getaway.

Her aunt, Val Rodgers, says Roe Smith died when a gunman open fire on the crowd from the window of a hotel on Sunday night. Nearly 60 people were killed.

“She was a beautiful soul. She was a wonderful mother and our family is going to miss her dearly,” Rodgers said when contacted at her home in Brandon, Man., on Tuesday.

Roe Smith, the mother of two young boys, is the third Albertan confirmed dead in the shooting.

Medig had taken time off from her job at Moxie’s restaurant in west Edmonton to attend the Route 91 Music Festival in Las Vegas, said her boss, Scott Collingwood.

“This had started to become an annual thing for her. I believe it was her third trip,” Collingwood told The Canadian Press.

When news broke about the shooting Sunday, Collingwood said he immediately called Medig, but it went right to voice mail. She didn’t answer texts or Facebook messages, he said.

On Monday, he called her roommate, who went to Vegas with Medig, and got the terrible news.

“She was a little bit of everything around here. She was kind of a rock and, as of Thursday, she would have been our newest manager,” Collingwood said. “A lot of us around here have super heavy hearts and we already miss her.”

Medig grew up in the Rocky Mountain town of Jasper. Jasper Legion Branch 31 said in a Facebook post that it lowered its flag in Medig’s memory. In its post, the legion called her a young, beautiful lady who was taken too soon.

Alberta Premier Rachel Notley extended her condolences to Medig’s friends and family, as well as to the family of Klymchuk, who was from the small Alberta community of Valleyview.

A relative said McIldoon would have turned 24 on Friday and was a month shy of completing a course to qualify as a heavy-duty mechanic.