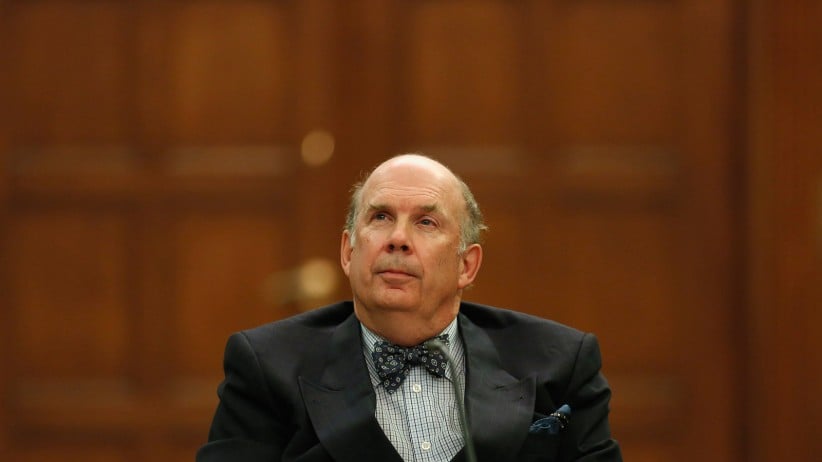 TORONTO – The lawyers who challenged the Harper government’s ultimately aborted appointment of Marc Nadon to the Supreme Court of Canada go before a court on Monday to argue they should be fully reimbursed for their efforts.

In filings with the Federal Court of Appeal, Rocco Galati argues he deserves to be compensated for what he calls his “exceptional” battle to defend the integrity of the country’s Constitution and judicial system.

Citizens have a constitutional entitlement to legal-cost awards if they successfully challenge legislation or government action that goes to the “architecture of the Constitution” and where they derive no personal benefit, Galati says.

In 2013, the former Conservative government under then-prime minister Stephen Harper appointed Marc Nadon to the country’s top court. Galati challenged the eligibility of the Federal Court of Appeal judge to fill one of the three high court seats reserved for Quebec.

However, he agreed to put his challenge on hold when the government referred the issue to the Supreme Court, which then scuttled Nadon’s appointment, rendering the Galati fight moot.

For his efforts, Galati asked for $51,706.54 — based on a charge of $800 an hour he says is reasonable for a lawyer with his experience. Lawyer Paul Slansky wanted $16,769.20 for work he did for the Constitutional Rights Centre in helping Galati fight Nadon’s appointment.

Instead, in December 2014, Federal Court Judge Russel Zinn awarded the two lawyers a total of $5,000 to be split between them. Zinn found Galati’s challenge, while important and potentially complicated, had been short-circuited by the Supreme Court reference — a position taken by the federal government.

“The mere filing of it appears to have had the desired result,” Zinn said in his judgment.

Slansky called Zinn’s “paltry” award a “slap in the face” and said the Crown’s arguments — including that the lawyers are simply looking for a “windfall” — are simply wrong.

“They’re taking the position that, ‘Oh, we didn’t even win because in the end it was won in the Supreme Court in the reference’,” Slansky said. “But there would never had been a reference without our application.”

Zinn’s decision, if it were to stand, would create “significant disincentive” to take cases to court purely in the public interest, he said.

Galati who denounced Zinn’s cost-award as bizarre and an “affront to the rule of law,” maintains in his appeal that the judge was legally wrong on several counts to reject his bill in a case he called “rare.”

Among other things, Zinn was mistaken in finding no constitutional right to costs exists in such cases, and to find at least some of the billed hours were excessive, he argues.

Galati, who says the hours he put in dealing with the parties and preparing for case-management conferences were “indisputable,” also faults Zinn for giving no substantive reasons for deciding to award the lawyers $5,000.

He also says nothing prevents a self-represented litigant from claiming costs.