As the final week of the 27-day campaign starts, party leaders focus their messages 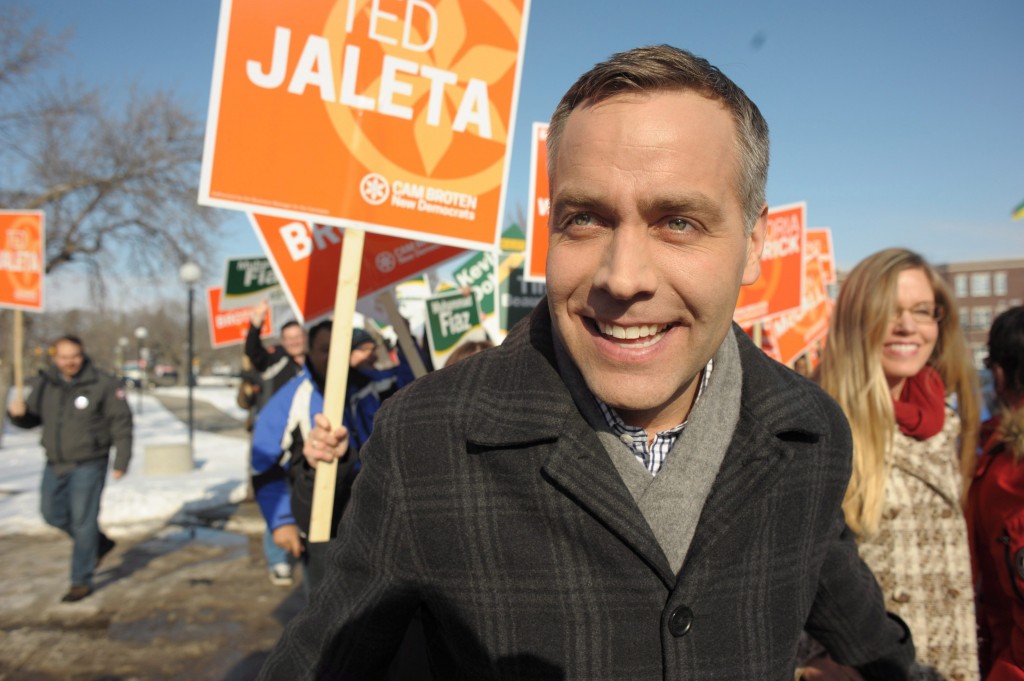 REGINA – Campaign promises have been made, political leaders have faced off in a debate and now the Saskatchewan election is in the home stretch.

The final week of the 27-day campaign is starting. Advance voting takes place from March 29 to April 2 and election day is April 4.

Saskatchewan Party Leader and Premier Brad Wall says his party will focus on making sure its supporters head to the polls.

“I think the most important thing in a campaign, arguably even more important than platforms, is getting on doorsteps and talking to people, hearing from them directly and respectfully asking for their vote,” said Wall.

“That’s actually the momentum in the last days of the campaign. We’re going to have a massive get-out-the-vote campaign, as we did in the last election.”

“It’s a good record, it’s not perfect – we never claimed that – but present it as a good and positive record for the province.”

The Saskatchewan Party has released a platform that is largely a recap of its record in office since 2007. There are just six new spending promises totalling $105.4 million.

Wall has said the platform is based on a goal of returning the province to balanced budgets by 2017-18. Saskatchewan is running a $427-million deficit this fiscal year and is forecasting a deficit next year too.

Meanwhile, Wall says the NDP has “a long list of angry complaints” and claims their platform promises don’t add up financially. 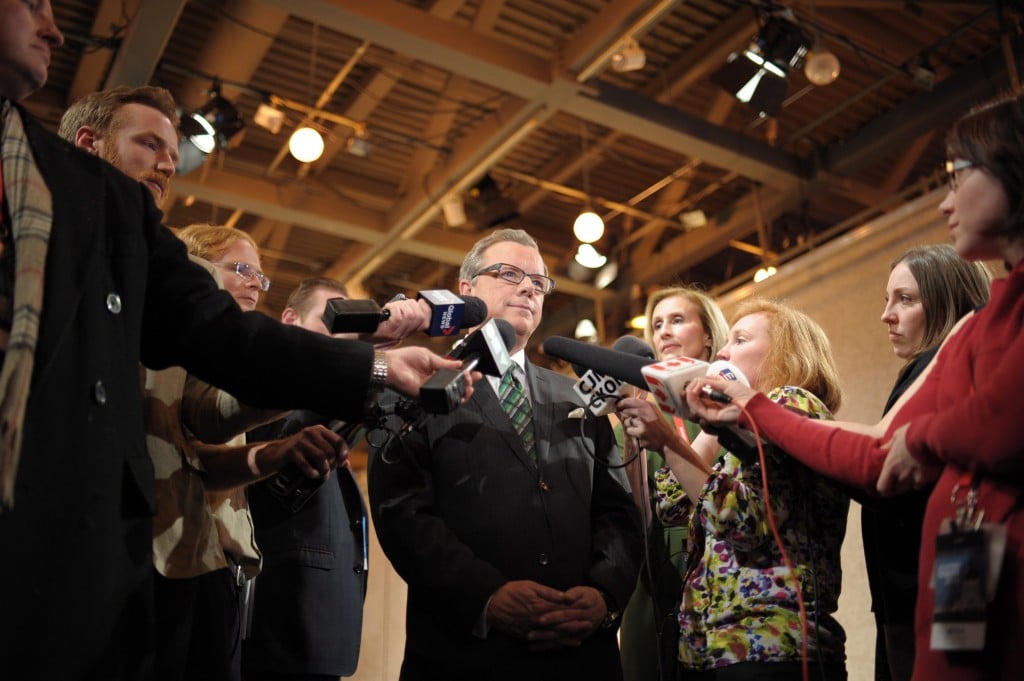 The NDP has argued the Saskatchewan Party inherited nearly $2 billion in the province’s rainy day savings account, but drained it dry.

The New Democrats are also running a scaled down platform, which includes a small tax cut for middle-class families that would save nearly 70 per cent of people about $90 a year. The tax cut would be largely offset by increasing taxes one per cent for people who make more than $175,000.

NDP Leader Cam Broten says he believes people are getting more engaged as the campaign enters the final week.

“I think for a lot of people when you have the debate, that’s one of the first times that they sort of tune in and start paying attention in a bigger way,” said Broten.

Broten, who is heading into his first campaign since becoming NDP leader in March 2013, says the plan is to keep campaigning hard.

“We’re fired up. Everyone in this room…is ready to go hit the doorsteps right away,” said Broten.

“I’m very pleased with how the debate went. I’m pleased with the policy announcements and the campaign that we’ve been rolling out and I’m excited. And I know I’m just going to keep going full out between now and ‘E’ day.”

Saskatchewan voters last went to the polls in November 2011, when Wall and his Saskatchewan Party won a second term in office.

The NDP is looking to rebuild after being left with just nine of the 58 seats in the legislature. This time around there are 61 constituencies.