No doubt, Jacques Duchesneau is a huge score for François Legault. In a province that loves its saviors (here, here, here and, yes, even here), the former Montreal police chief  has become the face of integrity in the face of rampant corruption, political and otherwise. In doing so he’s become irreproachable and practically immune to criticism. Marois stayed practically silent on Legault’s coup, while Jean Charest made sure to praise Duchesneau even while he was accusing the ex-cop of “pure demagoguery.” For Duchesneau, it’s the stuff of political gold: Taking a shot at him is the equivalent of insulting Eliot Ness. Doing so suggests you have something to hide.

But here’s another reason why getting Duchesneau is a coup for Legault. Apart from his investigative chops and formidable reputation, he’s also federalist to the bone. It marks the first time in Coalition Avenir Québec’s short history that the party has nabbed an honest-to-goodness, high-profile Lover Of Canada™. “He’s a federalist, part of the gang,” Parti Québécois parliamentary leader Stéphane Bédard told me in June.

Before Duchesneau came along, Legault’s party was less a coalition than a refuge for disillusioned sovereignists, Legault very much included. Methinks Charest will have to retire his CAQ-as-a-crpyto-sovereignist-party talking point sometime soon. 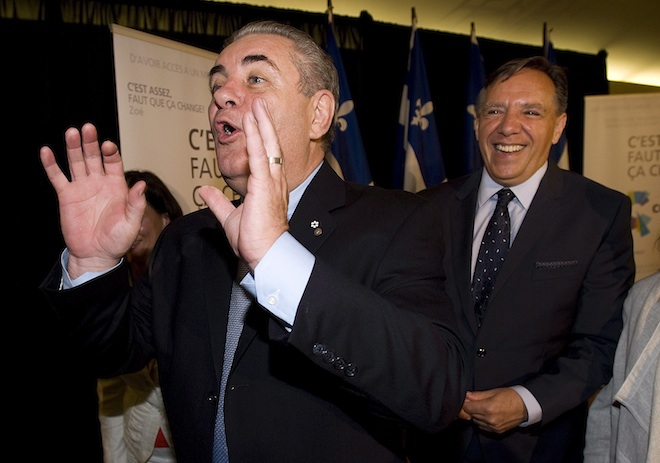