Letter to Maclean's from another rogue Helena Guergis staffer

Doesn't ID herself as minister's spokesperson, sees no conflict, and is not apologizing 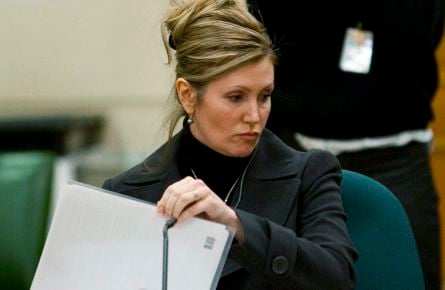 A long-time spokesperson of Minister Helena Guergis insists there was no conflict of interest when she wrote a glowing letter to Maclean’s about her boss—but failed to identify herself as the MP’s employee.

Valerie Knight, who has worked for Guergis for three and a half years in her Alliston constituency office, says it never crossed her mind to disclose their affiliation when she sent a letter to the editor on Mar. 14. The letter was written in response to the Maclean’s article “Power couple, unplugged,” about Guergis and her husband, former MP Rahim Jaffer, who have been scandal-plagued lately. Knight listed awards that Guergis has received, and concluded, “Power couple—I don’t know. Smart, hard working, accomplished—you bet.” The letter is signed with Knight’s name and personal contact information only.

Knight’s stunt coincides with a similar incident: earlier Tuesday, another Guergis staffer, Jessica Craven, was caught sending flattering letters about the minister to Ontario newspapers using her married name, Morgan. She has apologized, and insists Guergis had no idea. The minister has since spoken out, calling these letters “inappropriate.”

Guergis wasn’t aware of her letter either, says Knight, which she penned out of frustration one Sunday morning after reading the magazine article. She doesn’t regret not identifying herself in the letter, and says she was exercising free speech. “People are dying for that friggin’ right.” Nor is Knight concerned about what her boss will think. “I don’t care what [Guergis] thinks of my letter, quite frankly. I mean, it’s a letter. She knows how I feel,” Knight told Maclean’s. “She knows that if I want to say something, you can’t stop me.” Just what everybody wants in a spokesperson, no doubt.

When furthered questioned about whether this was a coordinated effort from the Guergis camp to lift the minister’s tarnished image, Knight maintains she didn’t know about Craven’s letter, and no one knew about hers: “I just sit here, have my coffee, get pissed off, write a letter, end of story.” For now.

FILED UNDER: Helena Guergis letter to the editors valerie knight