Letters: 'May we all be inspired by their courage!' 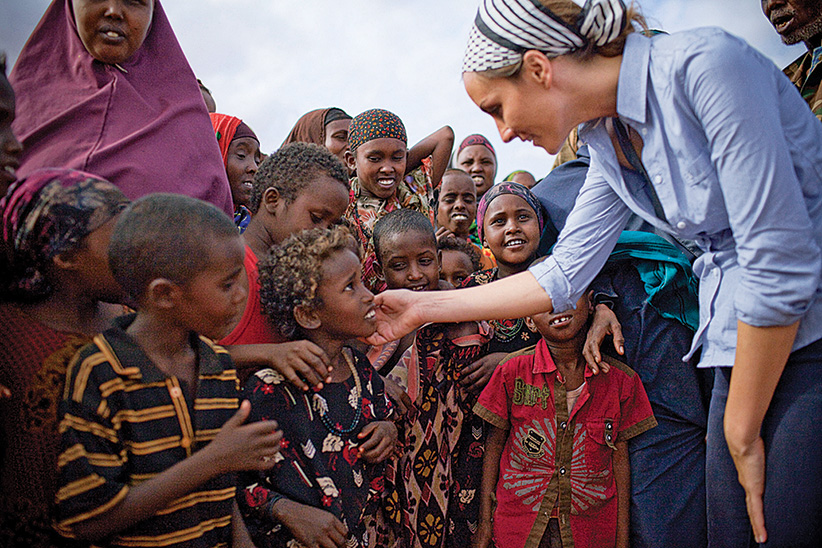 Your cover story, “Uncommon bonds” (National, Nov. 16), was touching and sad. These three people, Amanda Lindhout, Rinelle Harper and Omar Khadr, suffered more than a lot of people could have endured. But their strength and endurance got them through these horrific times and memories. It is also encouraging to see how these three people bonded and became friends and confidants. We all have something to learn from them: to be more understanding, compassionate and caring for each other.
— Fred Rode, Edmonton

It was beyond reprehensible for Maclean’s to publish the cover story charitably reconstituting terrorist Omar Khadr as a misunderstood, woebegone victim. You do a disservice to victims of abuse and trauma. As for Amanda Lindhout’s engagement with Khadr, she manifestly demonstrates a complete absence of judgment.
— James H. Stonehouse, Toronto

All three stories—Omar Khadr’s, Amanda Lindhout’s and Rinelle Harper’s—touched me from their beginnings. I wrote to both Paul Martin and Stephen Harper, begging them to bring Omar home to Canada and to treat him as the child soldier he was. I also wrote to U.S. President Barack Obama with the same plea. I even offered to have him live with me and my family. For Amanda, I prayed for both her and her negotiators that she be brought home alive. And I simply burst into tears at hearing about Rinelle’s horrific attack. It makes sense that all three would connect and form a friendship, a small support group. Thank you to Amanda for writing such a compelling article. All the best to all three remarkable Canadians.
— Claudette Shaw, Calgary

Shocked and appalled was my reaction to seeing the smiling face of Omar Khadr on the cover of your magazine, looking more like a fashion model than the convicted terrorist he is. Not so long ago, he was described by the Canadian media as a member of “Canada’s first family of terrorism.” What happened to change that? Canadians have been divided for a long time on what should be done with Khadr, and likely still are. But what we do not need is him gracing the covers of our print media. I am one Canadian who hopes never to have my nose rubbed in Khadr’s story, past, present or future, ever again.
— J. Douglas Gardner, Peachland, B.C.

I was struck by your moving and inspirational article about the bond between these three Canadian survivors of horrific and senseless violence. Each story reminds us of the tremendous strength that lies within each of us to overcome adversity and move ahead to build a future—not only to better ourselves, but also to improve the lives of others. Omar’s desire to be an emergency medical technician and Amanda and Rinelle’s speaking out about violence against women demonstrate their desire to make the world a better place, in spite of the suffering they endured at the hands of fellow “humans.” They can all hold their heads up high as they move forward to building a better future for themselves and other Canadians. May we all be inspired by their courage!
— Allison Fader, West Kelowna, B.C.

I’m writing to express my disgust that Omar Khadr is on the cover of your magazine with two real victims: two women who did nothing to bring about the hardships they endured. Khadr is a convicted killer who chose to pick up arms against an ally. As an ex-serviceman and a Canadian, I am very disappointed with Maclean’s.
— Tom Smithson, Medicine Hat, Alta.

The Holocaust is not a game

Michael Petrou denounces Benjamin Netanyahu because of a statement he made about a 1941 conversation between Adolf Hitler and Amin al-Husseini, the grand mufti of Jerusalem at the time (“Who started the Holocaust?” International, Nov. 16). Petrou claims that it will erode acceptance of the Holocaust narrative. It is not a narrative; it is history! It is not central to Israel’s identity. Jews’ return to their country is central to Israeli identity, and it is true that every generation of Jews has faced countless threats of annihilation, from Titus through to the latest psychopathic Iranian imam. There is no “Holocaust card.” This is not a game. This is a matter of life and death. Jews are being attacked again, on the streets of Europe, Israel, and on our university campuses. There are very few comments in the press about Jews being knifed, firebombed and stoned. Netanyahu’s comment is a tempest in a teapot that will change nothing. All of  Israel’s enemies denied the Holocaust years ago, so who gives a damn that a few more idiots will deny it?
— Noel Hershfield, Calgary

Youth unemployment hurts us all

The Nov. 16 editorial suggests the government should not be so concerned about youth employment. This disregards the plight of so many people in their 20s who cannot land full-time, quality jobs with at least basic benefits. Large employers, including Canadian banks, continue to make huge profits while downsizing and paying many of their people subsistence wages, or offering only part-time work with no benefits. Employers need to be encouraged, through targeted tax incentives, to hire full-time people, pay them a living wage and provide opportunities for growth. For many of us, it is also a large economic burden to be supporting our twentysomething children, who are still forced to live at home to survive, while we are in retirement. The Conservative government told us all to invest in Tax Free Savings Accounts, when the reality is that all our money goes to food, fuel, college loans, insurance, etc. When our younger people get a better deal, the rest of us will be better off.
— Dave Brewer, Oakville, Ont.

I totally agree with Jason Kirby’s Nov. 16 column, “Here’s an idea: let Bombarider face failure.” For many years, I have wondered why our government keeps throwing cash at this sad excuse for a company. I don’t think any other company in any other province would be afforded the latitude that this Quebec company has been offered. It is time for Bombardier to put on its trunks and sink or swim.
— Monica Landoni, Arthur, Ont.

Where was environmental activist Tim Flannery looking when he didn’t see a single solar panel in Edmonton (The Interview, Nov. 9)? Obviously, not atop Queen Elizabeth High School, which has five on its roof, and was recently named the greenest school in Canada. The Northern Alberta Institute of Technology (NAIT) has a solar photovoltaic array on its roof, consisting of six pairs of solar modules. NAIT’s website provides data on how the angles maximize the benefits of the sun in Edmonton. Experts at NAIT would be happy to fill Flannery in on where else he might look for the many solar panels in our sunny city. We are nowhere as far along Australia, where 20 per cent of the population has solar power, but we are not Luddites, either.
— Joyce Armstrong, Sherwood Park, Alta.

We have people in need here at home
Minister John McCallum asserts that we will employ all means to get 25,000 Syrian migrants here, whether by military or civil aircraft, by the end of the year, at whatever cost (“Promises, promises,” National, Nov. 9). What about our compatriots, our fellow citizens, the people of the First Nations? Cannot we, by all and any means, see them decently housed, provided with clean drinking water and good schools? We could start right now and get it done by the end of the year. What about our other fellow citizens, who are homeless? Have we the will, by all and any means, to give them a roof over their heads by the end of the year? Until we can do all that, it is obscene to be making such a flourish of bringing migrants to this country. Let’s set our house in decent order first.
— Glyn Nicholas, Selwyn, Ont.

Good luck with that

I couldn’t help laughing at Charlie Gillis’s description of evangelical Christians in the Southern U.S., and their denial of climate change (“Among the believers,” Society, Nov. 16). Canadian scientist Katherine Hayhoe is fighting an uphill battle if she thinks she’s going to change the minds of those ignorant people who still believe Earth is only 6,000 years old. It’s going to be fire and brimstone on the plains of Texas and hotter than Hades before they will ever change their negative minds about climate change. Good luck, Katherine.
— Frank Martens, Summerland, B.C.

I could not agree more with Scott Feschuk’s “Act to Stop the Holiday Season from Expanding Even Further” (“Let us end these Barbaric Holiday Practices,” Feschuk, Nov. 16). He should run for prime minister! The picture in the article is hysterical! I go bananas when I see Halloween candy and Christmas decorations in the store out at the same time. Enough already! It is called the Christmas season, not the Christmas semester! When I hear people say they’ve started Christmas shopping in September, I think: Really? Why, oh, why three months of commercial hype for one special day?
— Mary Clarke, Marmora, Ont.