Gen. Tom Lawson told CBC some male soldiers are 'biologically wired in a certain way' to make them believe it is OK to force themselves upon female soldiers 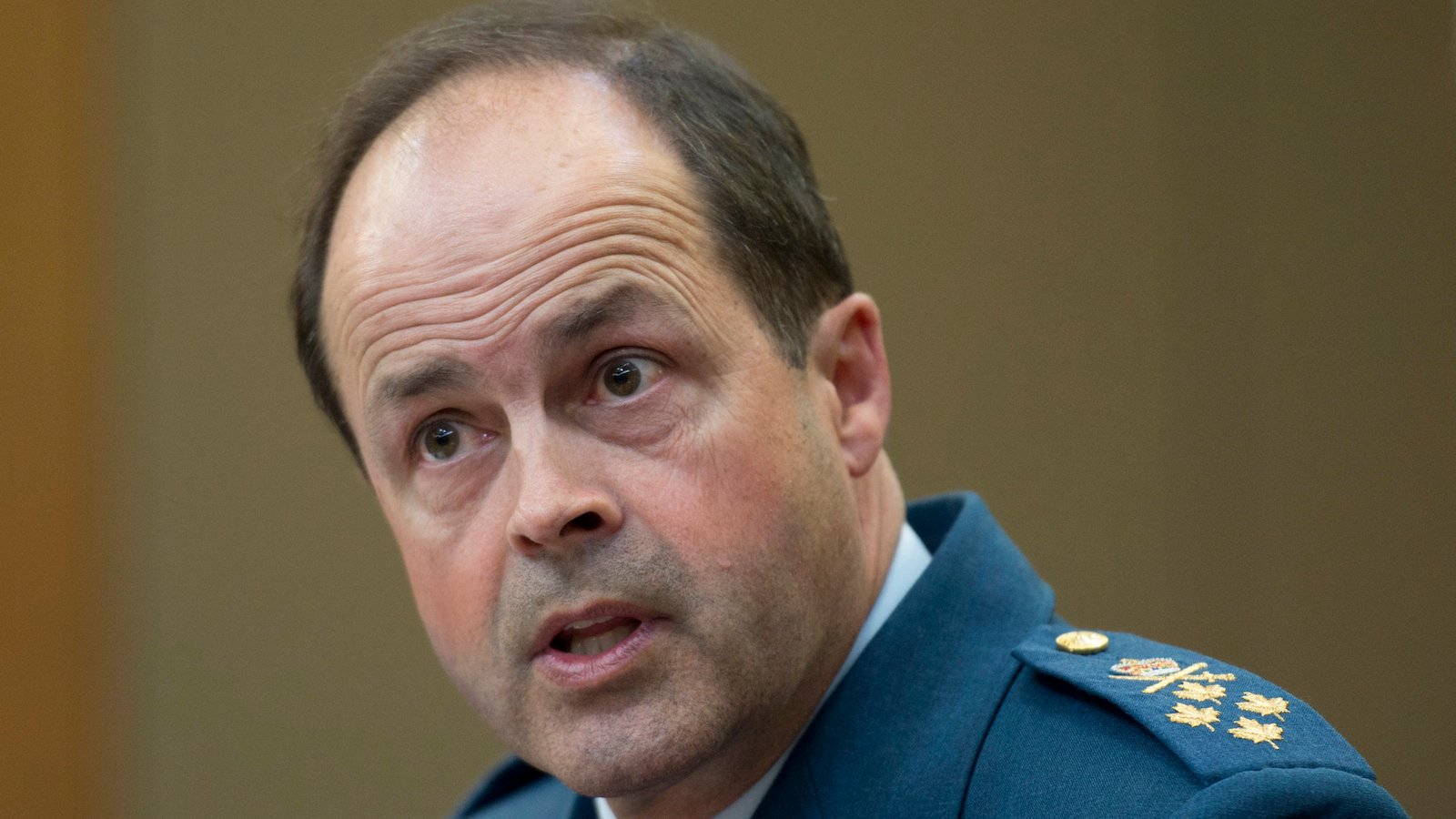 OTTAWA – An awkward turn of phrase or a revealing glimpse into the mindset of senior leadership in the Canadian military?

Remarks made by the chief of defence staff suggesting men are “biologically wired in a certain way” to make them believe it is OK to sexually harass women sparked debate Wednesday about whether the Canadian Armed Forces can deal with sexual harassment in its ranks.

The Liberals called for Gen. Tom Lawson to be immediately fired or step aside, but Lawson’s term ends this summer and his replacement is already teed up, Prime Minister Stephen Harper told question period.

“The comments made here are offensive, they are inappropriate, they are inexplicable,” Harper said. “The general did immediately apologize.”

Related: Anne Kingston on how sexism is ‘wired’ into the military

In a statement Tuesday night after he made the comments in an interview with the CBC, Lawson called his comments an awkward characterization and said he was in no way trying to excuse anyone from responsibility for their actions.

But several MPs didn’t appear to accept that apology Wednesday, grilling Lawson about his remarks during an appearance before the Defence committee.

“You dumbed down the problem of sexual harassment in the military,” said Conservative MP Cheryl Gallant.

“You’re dumbing down the position of chief of defence staff.”

Lawson said he made the comment in an effort to answer a question about how sexual harassment was still a societal problem in 2015, not just in the military but everywhere.

“It was unhelpful conjecture on my part as to what might motivate someone in a heinous way to believe that they can press themselves on someone else,” he said.

“It was not helpful and it is for that reason I apologized.”

But critics say his remarks spoke volumes about how far the military has to go in order to follow up on a report issued this April about dealing with sexual misconduct and harassment among soldiers.

“If only the problem were as simple as the departure of one general who said something that was totally wrong,” said NDP Leader Tom Mulcair.

“The real problem is that no one is working for a change in the culture in the military on the issue of sexual harassment.”

The study found a highly sexualized culture in the military that confronts women virtually as soon as they enlist and persists throughout their efforts to move up the ranks.

In her report, former Supreme Court justice Marie Deschamps made 10 recommendations, including that the military acknowledge inappropriate sexual conduct is a serious problem and that a comprehensive strategy be put in place to change their culture.

“The (report) found that many officers were quick to excuse sexual incidents in the CAF on the basis that this kind of conduct is a ‘reflection of Canadian society,'” Deschamps wrote.

“Ultimately, there was a broad perception among participants that the senior leadership of the CAF condones sexually inappropriate conduct.”

“He essentially says this is just the way it works,” Murray said. “That is completely unacceptable.”

Lawson reiterated later Wednesday there is no tolerance in the military for sexual misconduct but also said he knows his comments during the interview didn’t help.

“What is probably the most damaging about my comments is they obscure the work going on in the military right now,” he said.

In responding to the report, the military accepted the first two recommendations outright and the rest on principle, saying they wanted to study suggestions such as the creation of an independent centre to handle sexual harassment cases.

A special unit has been established to implement the recommendations, with Lt.-Gen. Christine Whitecross assigned to lead those efforts.

Whitecross was in Sweden on Wednesday studying that country’s efforts to handle sexual harassment and was not available for an interview. At a stop in Halifax earlier this month, however, she expressed confidence that a cultural change would be possible over time.

“We can’t do it in quick fixes. It’s going to take months and years not days and weeks,” she said in an interview with Global News.

“But it’s important enough that we need to move forward on it.”