Lt.-Gen. Michael Hood says change to jets relates to Canada's relationship with NATO, but opposition sinks teeth into claims as proof of 'hoax' 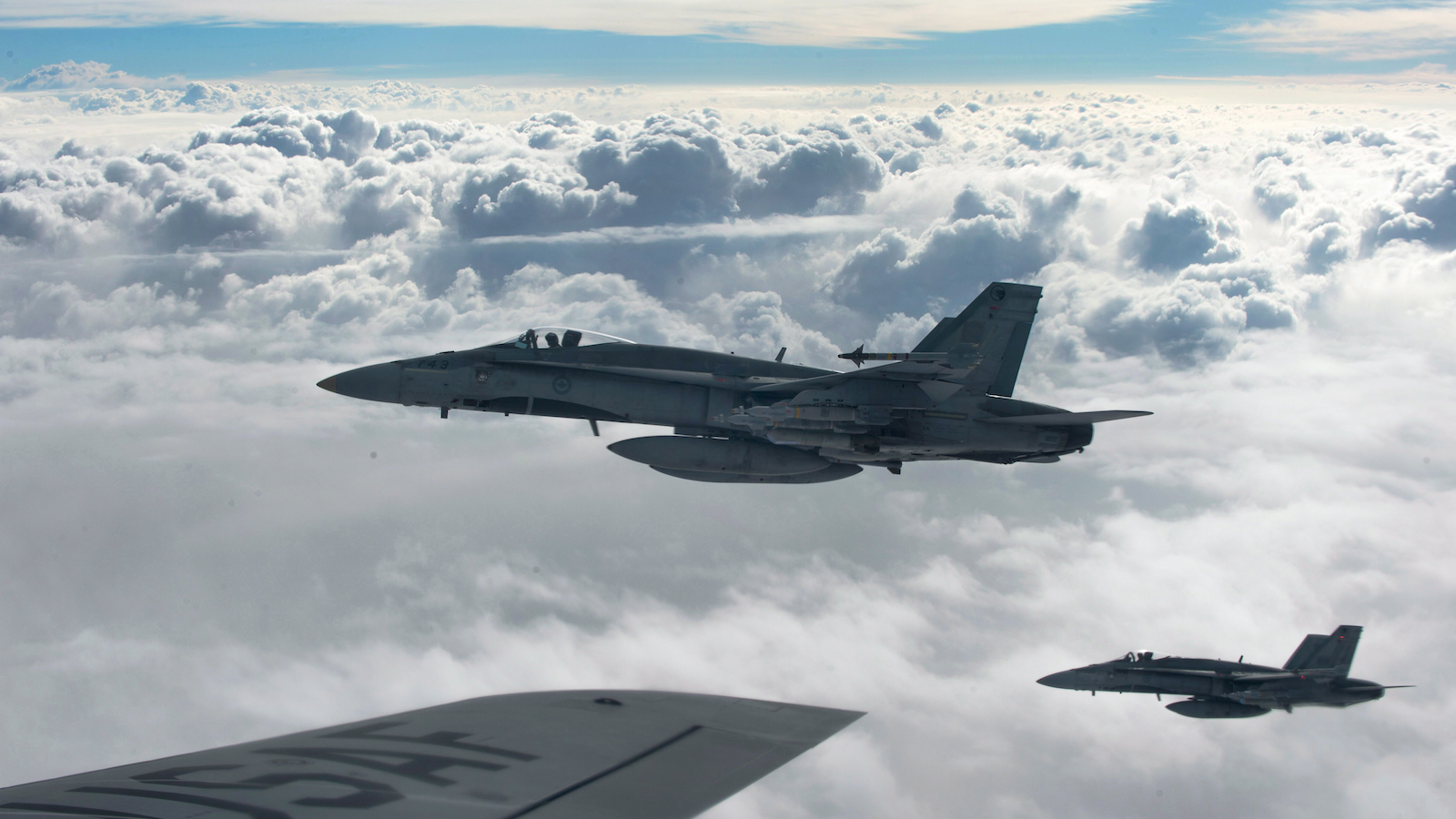 OTTAWA – Opposition critics accused the Liberal government of trying to manufacture a crisis Monday after the commander of the Royal Canadian Air Force pulled back the curtain on Canada’s apparent fighter-jet shortage.

Lt.-Gen. Michael Hood told the Senate defence committee the Liberals recently changed the number of jet fighters he is required to have ready at any given time for NATO missions and to defend North America.

The change was made after he testified in April that he was “comfortable” with the air force’s current fleet of CF-18s, Hood said.

As a result, Hood said, the current number of CF-18s available is now insufficient, Hood said, while Canada will also need to buy more new planes than originally expected.

The fatal crash of a CF-18 fighter jet near Canadian Forces Base Cold Lake in Alberta cast a shadow over Hood’s appearance before the committee, with the meeting cut short after he confirmed the pilot had died.

But while expressing condolences for the family of the pilot, who had not yet been identified, the air force commander said he didn’t see any link between the crash and the debate over the fighter jet fleet.

Defence Minister Harjit Sajjan had hinted at a policy change on aircraft numbers when he announced last week that Canada planned to buy 18 Super Hornet jets as an “interim” solution to the air force’s “capability gap” until a competition to replace the CF-18s could be held.

But Hood is the first official to come out and say the Liberals increased the number of jets the air force is required to have available at a moment’s notice.

Asked the reason for the change after the committee meeting, Hood said: “I’m not privy to the decisions behind the policy change.”

Sajjan’s office did not immediately respond to questions, but the minister has previously said the Liberals are not comfortable with the same level of “risk” as the previous government.

Critics immediately latched onto Hood’s comments as proof the Liberal decision to buy Hornets now and delay a competition to replace the CF-18s for five years is part of a larger plan to avoid buying the F-35.

“He’s confirmed the numbers required was a political decision,” said Conservative defence critic James Bezan. “This is a hoax and completely politically driven.”

Hood revealed to reporters that the change implemented by the government since April relates to Canada’s relationship with NATO.

Until recently, Canada committed a certain number of fighter jets as well as ships, troops and other military equipment on a voluntary basis each year. Any fighter jets committed were drawn from the stock providing defence of North America, Hood said.

But under the new policy, Canada will have what Hood described as a “firm” commitment to NATO in terms of the number of aircraft that it must provide. While he did not reveal specifics, Hood said the result is that he can’t draw upon those defending the continent.

Defence analyst David Perry of the Canadian Global Affairs Institute questioned why the government would change the policy when it was still in the midst of a comprehensive defence review.

“The change in policy makes what they’re doing on fighters seem a lot more rational,” he said.

“But it’s interesting that change happened outside of the defence policy review, which is looking at all of our defence policies.”

Perry also asked whether the Liberal government would shore up Canada’s other commitments to NATO, notably to increase defence spending to two per cent of gross domestic product.