Liberals did not adjust budget plans to comply with tribunal orders: Blackstock 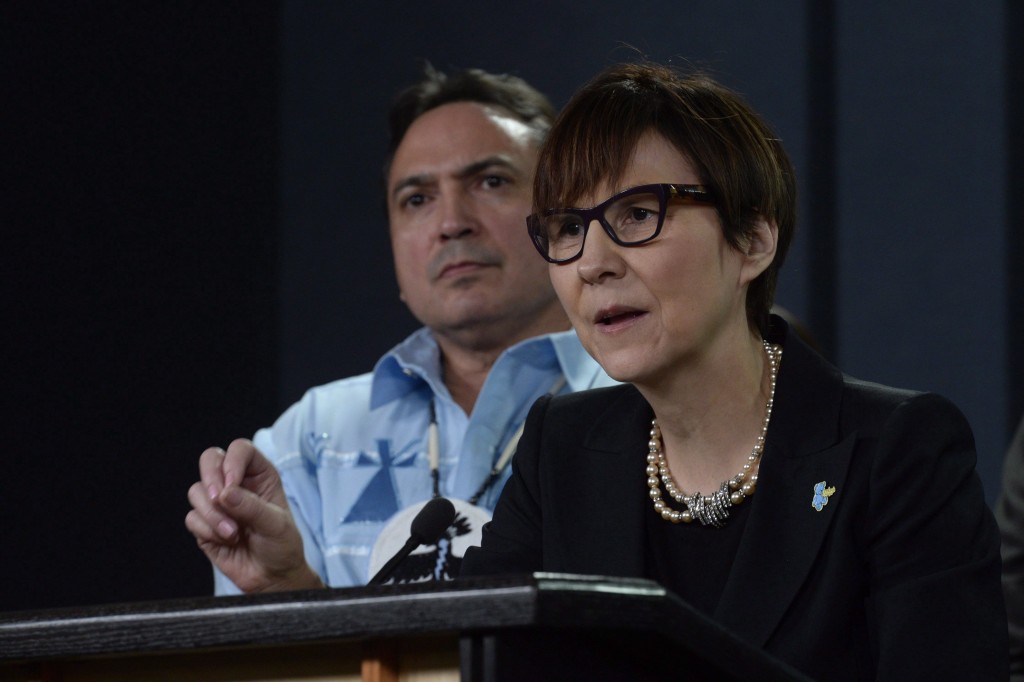 OTTAWA – Federal funding for First Nations child welfare was determined well before the government was ordered to increase it, new documents filed with the Canadian Human Rights Tribunal show.

The documentation means that the government had set in stone what it would spend on child welfare regardless of what the tribunal ordered it to do, says child-rights advocate Cindy Blackstock who is involved in the tribunal case.

“It signals to me a disregard for the tribunal’s (legal) orders,” Blackstock said Monday.

Blackstock, the executive director of the First Nations Child and Family Caring Society, has spent nine years fighting the government on the level of child welfare support provided to First Nations kids on reserve.

“Canada decided for itself what it was going to do to comply with the tribunal order even before they ever saw it,” Blackstock said.

“There’s no evidence in these submissions that they ever adjusted Budget 2016 after they settled on it in the fall of 2015.”

The federal documents filed with the Canadian Human Rights Tribunal show the level of spending on First Nations child welfare services in the last budget was determined months before the quasi-judicial body’s landmark ruling in January — a ruling that ordered Ottawa to immediately enrich services for children on reserves.

“The rationale for the five-year (fiscal) plan was developed in fall 2015 as part of the 2016 federal budget process, prior to the Jan. 26, 2016 tribunal decision,” the Indigenous Affairs department said in a submission.

“As part of this annual process, departments usually prepare their proposals between September and November, after which time further deliberations are subject to cabinet confidence until the budget is announced.”

The tribunal’s January ruling found the federal government has been discriminating against First Nations children in the way it delivers child welfare services on reserves. It has since issued two compliance orders, including one handed down last month.

Since the release of the spring budget, Blackstock pressured the Liberal government to immediately increase the level of funding earmarked for services on the ground.

She pegs the need this year alone at least $200 million, rather than the just-over $70 million contained within the fiscal blueprint released last spring.

“There are more children in care than at the height of residential schools, and we want to fix that system,” Bennett said. “We have invested $71 million, and approximately $30 million has already flowed.”

The tribunal has already made it clear the budget was not sufficient, NDP indigenous affairs critic Charlie Angus said, noting the government documents suggest there was no intention to respond to the tribunal’s findings with additional funds.

“They simply pulled out a five-year plan that was developed under Stephen Harper and passed it off as their own,” Angus said in an interview.

“What is really disturbing from what we have seen from the documents and the response from the minister and the prime minister is that the reason that they’re not appealing the decision is they don’t believe they have to follow it.”

At an Ottawa press conference on Sept. 21, Prime Minister Justin Trudeau conceded more needs to be done to improve the lives of young people in indigenous communities, but he did not explicitly acknowledge the tribunal decision.