In March, the federal budget detailed $11.2 billion in spending on affordable housing 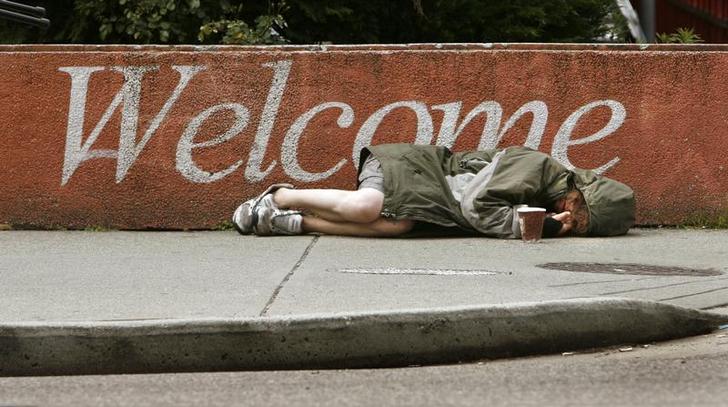 OTTAWA – The federal Liberals are aiming to halve the number of the hardest-to-help homeless and experts say it’s a move that may be key to ending homelessness in the country.

The upcoming national housing strategy looks to cut by 50 per cent the number of “chronic” homeless — many of whom won’t go to shelters and may be harder to reach through traditional support systems — and “episodic” homeless, those who find themselves on the street repeatedly.

Government estimates peg the number of chronic and episodic homeless at 25,000, meaning the Liberals expect that 11 years from now, federal spending will have cut that number to 12,500.

The target suggests that the federal government is open to new ways of dealing with homelessness.

The Liberals’ second budget in March showed that they wanted to get money directly to cities and service providers without having to deal with provinces.

Some of those measures were clear, like giving the Canada Mortgage and Housing Corp., more money to dole out directly to local governments. Others were less obvious, like a promise to maintain $4 billion in funding agreements to housing providers without detailing how the money would be spent.

As for the cut to chronic and episodic homelessness, Richter thought the estimated impact was pretty conservative: “With the money that they’re investing, we could achieve a lot more.”

The March budget set the financial backbone for the national housing strategy, which detailed $11.2 billion in spending on affordable housing over the coming decade.

With new initiatives announced this week to help deal with the cost of rental units, the strategy to be released this fall will say how the Liberals expect to spend tens of billions in new and existing programs between now and April 2028.

Social Development Minister Jean-Yves Duclos has said the goal of the strategy is to help a million people.

The key to meeting the government’s homeless reduction targets will be in the final policy design and spending programs the provinces and federal government agree to, said Stephen Gaetz, director of the Canadian Observatory on Homelessness.

Internal government modelling estimates that over the next decade, 500,000 people could be lifted out of “core housing need,” meaning they spend more than one-third of their before-tax income on housing that may be substandard or doesn’t meet their needs.

The expectation is that the biggest effect will be among renters, where federal dollars could cut in half the number of renters in core housing need.

A further 500,000 would be lifted out of homelessness, or prevented from becoming homeless over the course of the next 11 years based on the effects of existing government programs. The same represents an aggregate of those the strategy could help, which means there may be some double-counting as people move along a continuum of housing.

By putting out the numbers now, the Liberals hope to push the provinces to agree to new ways of funding homelessness initiatives.

“The advantage of making these numbers public now is that we can better structure those conversations and ensure that, at a minimum, we achieve the objectives that we have already communicated,” said Duclos spokeswoman Emilie Gauduchon-Campbell.