Some say using Internet filters in libraries is unconstitutional 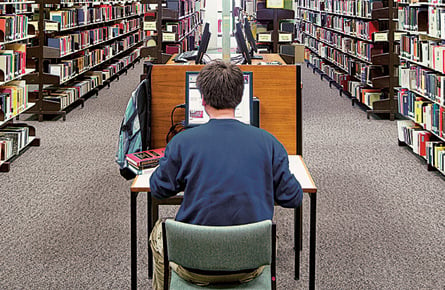 When a 71-year-old London man was found viewing and printing child pornography at the central branch of the London Public Library last month, it kicked off a rancorous debate about whether or not public computers should be equipped to filter out offensive material. For London councillor Cheryl Miller, the answer is clear: censor the sites. “Canadians have a constitutional right to say, ‘I don’t want to see or hear that sexualized material,’ ” she says. “And in this library, they don’t have that right.”

But such a move would not be easy. “We did have filters on the computers for a period of time,” says David Winninger, city councillor and chairperson of the library board. “Then we received a letter notifying us that the filters were unconstitutional under the Charter of Rights and Freedoms.” The filters, Winninger explained, were broad enough that they excluded “legitimate” information—about “sex education or birth control.” After a freedom of expression group threatened to sue, the board removed the controls.

For Winninger, the outcry is just a modern twist on the debate about a library’s right to censor books. A few years ago, he says, the same library was host to a “heated” battle about whether or not to let a book about Paul Bernardo—the infamous Canadian serial killer—remain on shelves.

The next step in dealing with the pornography issue is an executive council meeting to discuss what measures should be taken “to protect the general public,” Winninger says. But for now, he believes the computers will stay filter-free.