'I didn’t give them any coaching advice. I kept my mouth shut.' 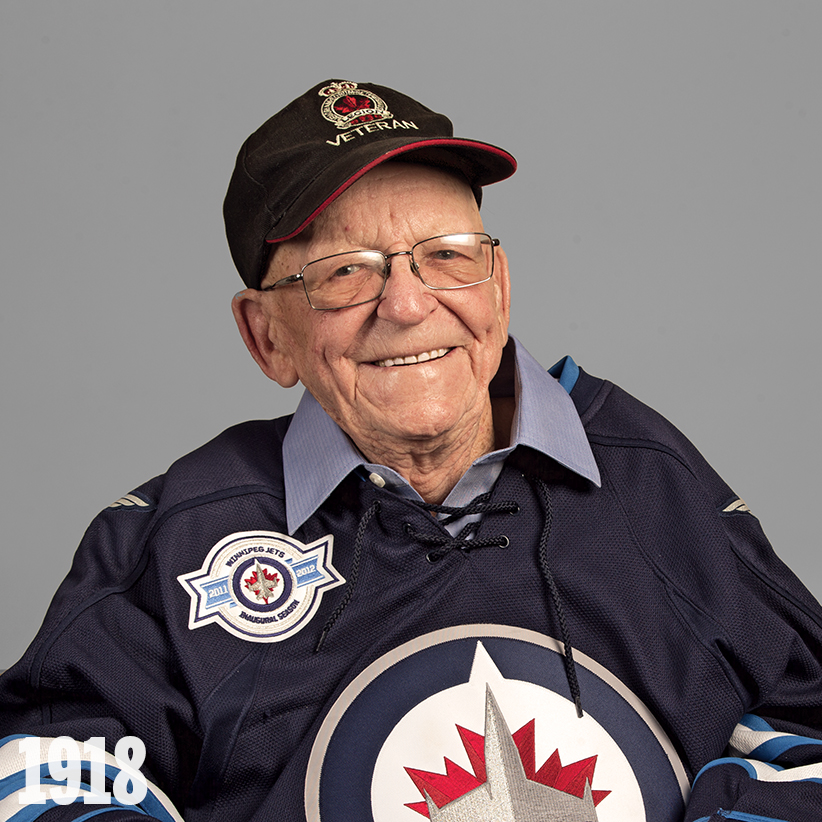 Growing up in Winnipeg between the wars, Len Kropioski—Kroppy to one and all—was more of a baseball guy than anything else. He played senior ball in peacetime and for the army during the Second World War—even when his Winnipeg Grenadiers were posted with American forces sent to retake Japanese-held positions in Alaska—playing with one eye on the ball and the other “keeping a look out for dive bombers,” he says. But it was hockey that made Kroppy a household name in his hometown—not his playing of it, but his love for it.

After the war, Kroppy and his wife, Rose, moved to her hometown of Kenora, Ont., 200 km to the east of Winnipeg, where he worked for the city as a linesman. There he became a huge supporter of amateur sports, not just coaching but paying entry fees and buying equipment and uniforms. When he was 13 and unable to afford skates, he was given a pair by a man who owned a skate-sharpening shop in Winnipeg’s North End; he still has them. “I never forgot that,” he says now, “and later, whatever I got, I gave back.” He became especially well-known for his Kroppy’s Hawks Jerseys, with the logo of the Chicago Blackhawks—Kroppy’s favourite NHL team as a child—on the front and his name on the back. Kroppy would travel to Winnipeg and purchase several sets every year that he would allow any kind of team to use: baseball or hockey, men or women, adults or kids.

In 2007, the NHL Legends team—including Dale Hawerchuk, Bryan Trottier, Billy Smith and Hayley Wickenheiser—came to play the local Thistles team in commemoration of the original Kenora Thistles 1907 Stanley Cup championship. Kroppy was named honorary coach. “I thought that was very nice of them,” he says laughingly. “But, no, I didn’t give them any coaching advice. I kept my mouth shut.” 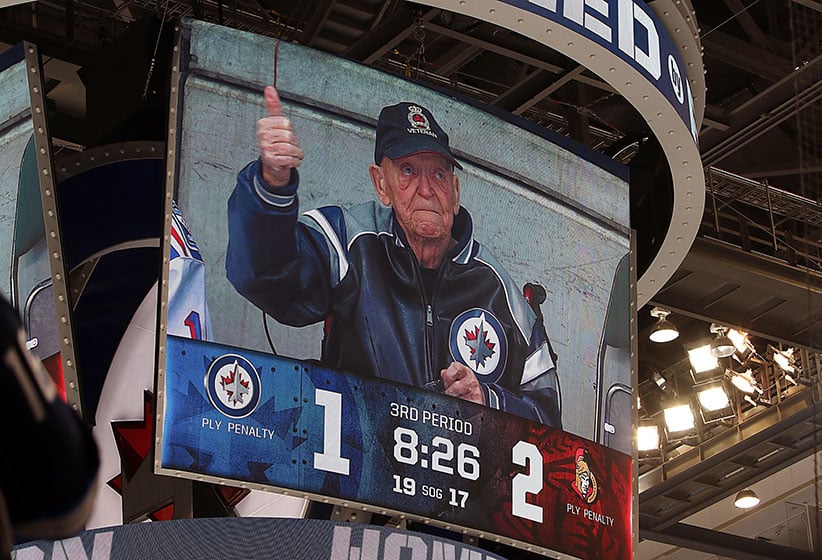 Fan favourite Kropioski made an emotional return to the Jets game on March 30. (Jonathan Kozub/NHLI/Getty Images)

When the WHA’s (and later NHL’s) Jets came to Winnipeg in 1979, Kroppy became a season ticket holder, sticking with an often hard-luck team through thick and thin. The Jets camera crew began to recognize him for his patriotic salute during the national anthem, switching the Jumbotron focus from the singer to Kroppy. In December 2015 he fell ill and had to stop making the five-hour return trip from Kenora. In his absence, old images continued to be played on the Jumbotron until March 30, 2016, when he was able to return. When the crowd realized Kroppy was actually in the building, the arena erupted in a noisy and emotional ovation. He still speaks with wonder about the moment, how loud it was and the warmth of the crowd. Perhaps that’s why Kroppy—98 years old this July and as optimistic as a Jets fan needs to be—has signed on for another five years of season tickets. — Brian Bethune