Tests suggest the growth is not cancerous, but the Transport Minister won't know for sure until it is removed and analysed 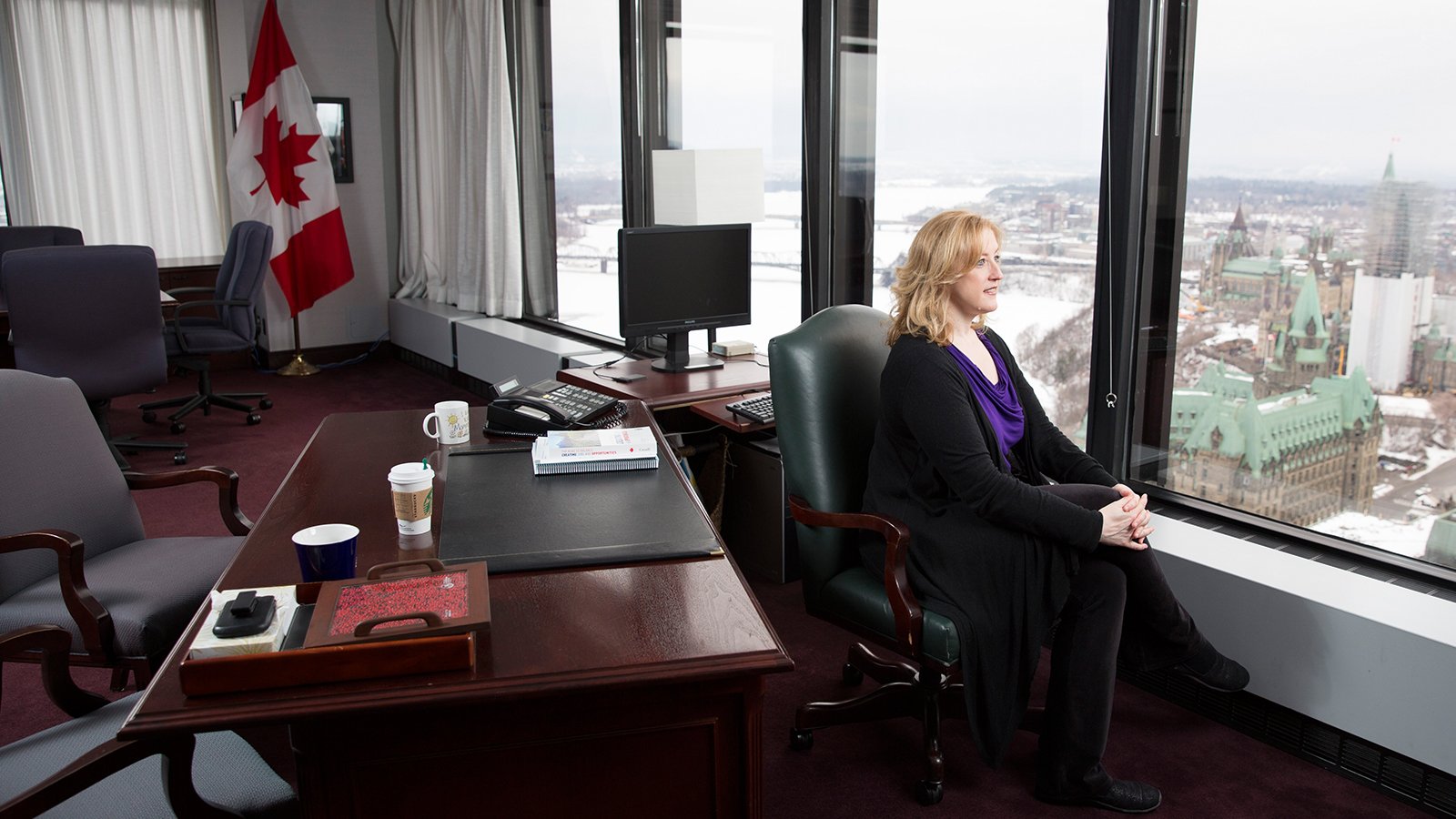 Minister of Transport Lisa Raitt in her office in Ottawa March 11, 2014.
(Photo by Blair Gable for Maclean’s Magazine)

OTTAWA – Transport Minister Lisa Raitt is scheduled to undergo surgery on Tuesday to remove a “solid growth” on her ovaries.

She says diagnostic imaging and blood tests suggest the growth is not cancerous but she won’t know for sure until it is removed and analysed.

How much time the 46-year-old will have to take off from her cabinet duties will depend on how invasive the surgery proves to be and whether the lump is cancerous.

She revealed her medical condition in an interview with Tom Clark, host of Global TV’s “The West Block.”

Raitt says she chose to speak out to avoid speculation about her coming absence from Parliament.

And she also wanted to send a message to other women to be vigilant about “reproductive issues” they experience.

“You have to check these things out and women have to talk about uncomfortable issues associated with symptoms that aren’t pleasant to talk about with others,” she said in the interview, broadcast Sunday.

“But you start telling the stories, you realize there is a lot of commonality in terms of symptoms and they can be treated. But as well, they should be investigated.”

Raitt admitted she was not as vigilant as she should have been after she first started noticing problems three years ago.

“I had some real complaints associated with reproductive issues and I didn’t let them go. I continued to talk about them with my doctor and became concerned.”

Still, she added: “I actually let a year go by in lapsing, in terms of getting a test done and I shouldn’t have done that. I should have been more diligent with my health and I should have followed the advice that I was given.”

“The worst thing you can do is go to the Internet and start Googling and trying to self-diagnose and wonder what happens because there’s a lot of information out there that you don’t need to read about and what it means.

“Ovarian cancer is a deadly form of cancer and it affects a lot of women. And it’s a very serious matter,” Raitt said, admitting she’s had some “dark thoughts.”