If Millennials never jump into the game en masse, provinces could miss out on major windfalls 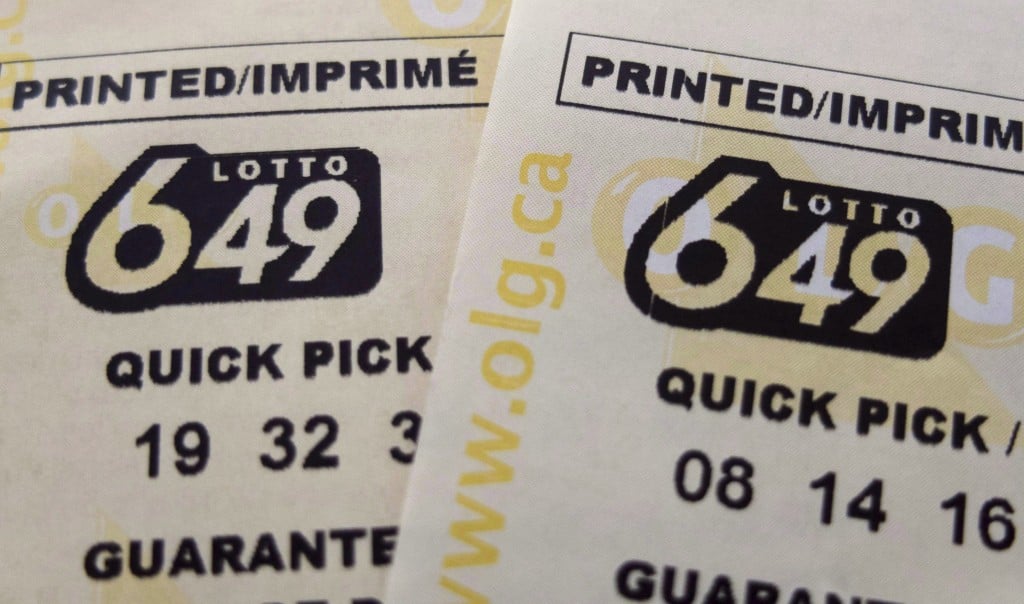 TORONTO – Millennials are saying “meh” to traditional lotteries with big money and long odds, but if they never jump into the game en masse, provinces could be the ones missing out on the windfalls.

High jackpots are the main factor that drive strong lottery sales, with billions of dollars from lotteries each year going to areas such as health care and education.

But whether they see vying for large jackpots as futile, don’t shop where lottery tickets are sold, or long for more instant gratification in their gambling, few young people are playing, and Canadian lottery corporations are looking for new ways to attract them.

In Ontario, where the province relies on the approximately $2 billion in annual revenue from the Ontario Lottery and Gaming Corp., OLG recently reported that just seven per cent of adults under 35 play the lottery at least once a week, compared to 45 per cent of all adult Ontarians.

Lottery tickets are not being sold in the same places young people are shopping, the report suggests. While OLG launched an online portal in early 2015, the “vast majority” of lottery tickets in Ontario are still purchased in person.

“The majority of Ontario adults under 35 years of age frequently visit supermarkets, big box stores and large retail locations where OLG products are not conveniently located or are currently not offered for sale,” the report said.

OLG is considering expanding lottery sales to those places, including allowing ticket sales in all check-out lanes of a grocery store instead of one stand-alone customer service desk, said spokesman Rui Brum.

Lottery sales in Ontario were down $115 million in the fiscal year 2014-2015, but many lotteries across Canada also reported declines in that period, as there were fewer high-value jackpots and lower national lottery sales of Lotto Max and Lotto 6/49.

Representatives from lottery corporations across the country said the typical lottery does not seem to appeal to millennials. Loto-Quebec, where 18-to-34-year-olds are 27 per cent of the population but just 17 per cent of lottery players, said games of pure chance don’t attract that generation.

Andrea Marantz, a spokeswoman for the Western Canada Lottery Corporation, said the lottery is a “life stage” game, appealing more to middle-aged or older adults.

“Part of that would be they have more discretionary income for entertainment purposes, but one thing that we’ve really found here is the most common thing we hear from our winners…is they don’t have to worry about money at all,” she said.

“Maybe when you are young and just starting your professional life…those money worries aren’t weighing quite as heavily.”

About 47 per cent of adults in Western Canada said they had played a lottery in the past month, compared to 32 per cent for adults 30 and under, Marantz said.

The WCLC and other Canadian lottery corporations are working with the Interprovincial Lottery Corp. to try to develop a new national lottery aimed at people under 35. Work began in 2014, but is ongoing, Marantz said.

Attracting younger adults involves more than just putting existing games online, said Jean-Marc Landry, director of customer innovation for the Atlantic Lottery Corporation. One ALC idea that is decidedly low-tech is mailing scratch-and-win tickets like a coffee of the month club, he said.

“We tested the idea on our (market research) panel and by far in appeal it scored the highest among 19-34 year olds,” Landry said. “We were so surprised.”

Pro-Line sports betting also does well with that generation, as do games that are more about entertainment than seeking financial security, he said.

“Whether or not they have sat down and said, ‘The odds of winning are just unbelievably huge’… What we find with young people is they’re more interested in actually the scratch tickets because they’re looking for the immediate gratification,” he said.

“Sports are extremely popular, especially amongst young males, who believe they know everything about sports,” said the educational and counselling psychology professor.

NDP MP Brian Masse has a private member’s bill before the House of Commons to legalize single sport betting. He said billions are going to organized crime and the provinces could use that money for health care, education and infrastructure.

But the Liberal government indicated it would not support it, acknowledging there would be economic advantages, but greater concerns about gambling addictions.