1971 was the last year when the average number of children matched the 2.1 replacement level needed for the population to renew itself, without being bolstered by immigration 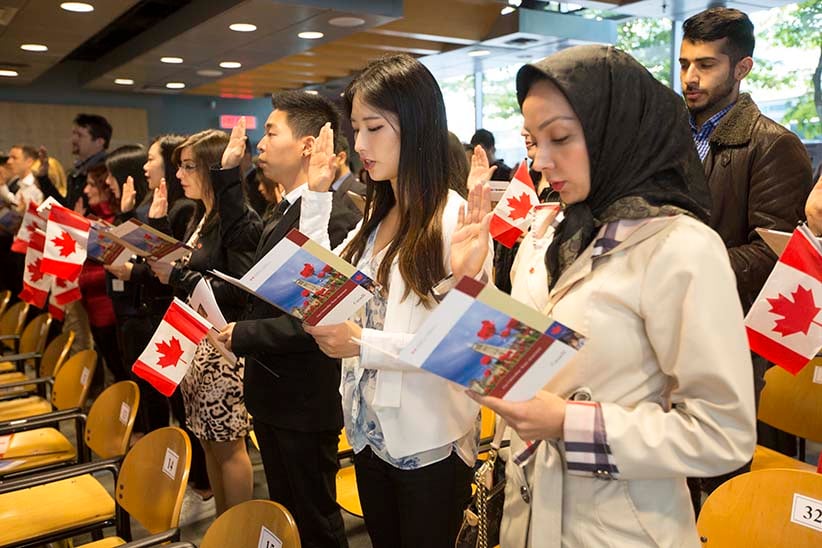 TORONTO — After Debbie Clarke’s first child had reached the “terrible twos,” she and her husband decided their family of three was big enough — adding a sibling would be just too much.

“At the time I was working really late hours and I just didn’t think it was fair to have another child when I didn’t really have the time and the energy to put into another child,” said Clarke of Mississauga, Ont., whose son Austin is now 15.

“When he was younger it was very hectic because I had to work nights. My husband worked days. I thought to myself, ‘You know what? I have to do what I think I can handle physically, emotionally financially … I think one is good enough for me.'”

Clarke is among a growing proportion of Canadian women choosing to have only one child — or none at all. And that trend towards limited child-bearing is increasingly reflected in Canada’s average fertility rate, which 2016 census figures released Wednesday have pegged at 1.6 per cent, slightly higher than the 1.59 posted by Statistics Canada three years earlier.

One outlier? Nunavut, which is home to the highest fertility rates in Canada: women there give birth to 2.9 children on average, fuelling the territory’s growth rate of 12.7 per cent, the highest in the country.

The fertility rate refers to the number of children a hypothetical woman would have over the course of her reproductive life, based on females aged 15 to 49.

In Canada, that rate has been steadily falling over the last several decades: 1971 was the last year when the average number of children matched the 2.1 replacement level needed for the population to renew itself, without being bolstered by immigration.

“The first thing to think about is this is an average, so we still have a few families that have five and six children, and increasingly we have families who have none,” said Nora Spinks, CEO of the Vanier Institute of the Family, acknowledging that smaller families are progressively becoming the norm.

“One of the major reasons people are having fewer children is a combination of circumstances and biology,” she said. More women are choosing to start a family later in life, compared to earlier generations. In the 1960s, for instance, the average age for a first birth was about 22.

Today, that age has been pushed to 30 and beyond.

“The longer you delay having the first, the shorter the window you have to have more,” said Spinks. “There’s a point at which you can no longer conceive or conceive as efficiently as when you were younger.

“So that’s where the biology comes in.”

The cost of child-rearing — from day care to school-based activities to socking away dollars for post-secondary education — is another critical element that often dictates family size, said sociologist-social demographer Susan McDaniel, a Canada research chair in global population and life course at the University of Lethbridge.

“Children cost a lot and that’s in terms of money, but also in terms of opportunity costs,” she said, referring to women’s participation in the workforce, including those building or maintaining a career, as well as time invested ferrying kids to and from such extra-curriculars as hockey practice and ballet lessons.

“They realize that the opportunity costs of having a lot of children or more than one or two are great for them. But they’re also increasingly great for fathers, who are more and more involved with raising kids.”

Still, McDaniel said the move towards smaller families is a positive trend in some ways because having fewer offspring means parents may be able to invest more time and care into individual children than they could with a larger brood.

That’s been the case for Marissa Monticciolo-Caserta, who had initially hoped to have two or three kids. But when she and her husband split up almost five years ago, she decided son Nicholas would be her only child.

“I didn’t feel that it would be fair to my son because he (spends time) 50-50 with me and with his father,” the Mississauga graphic designer said of her seven-year-old. “He does have a good relationship with both of us and I felt that if I did have any other children that it might cause issues for him.”

Monticciolo-Caserta, who is in a new relationship, thought having another child would be selfish. “We live together and he has two children, so my son has an older step-brother and a younger step-sister.”

“Fertility rates around the globe are dropping, even in cultures where typically women had seven or eight children or more,” she said. “We’re now seeing those women having three or four.”

While the U.S. is also experiencing a bit of a baby bust, our southern neighbour’s estimated 1.88 fertility rate continues to surpass Canada’s average.

“The U.S. has the highest birth rate in the industrialized world,” said McDaniel. “Their patterns of having children are different than ours.”

She said Americans overall form unions earlier in life and have children at a younger age. They also have a higher teen birth rate, and a significant proportion of the population belongs to fundamentalist religious groups, which tend to encourage larger families.

What’s puzzling to social demographers is how U.S. couples on average manage to have larger families, given that they have far less support in the form of such benefits as paid parental leave.

The answer, McDaniel posited, is that there are almost 20 million undocumented immigrants, mostly Hispanic, hidden within households that provide domestic services and child care for “very limited money.”

“It’s a kind of a built-in nanny system, if you like, and that might contribute to it … How this is going to work out in the future with (Donald) Trump, I don’t know,” she said, pointing to the U.S. president’s vow to crack down on illegal immigrants.

As for Canada, immigration has been the lifeblood of population growth since 1999. About two-thirds of current expansion is driven by the arrival of new Canadians, while natural increases make up the remaining third, according to Statistics Canada.

Based on a medium-growth scenario, immigration could account for more than 80 per cent of the country’s population increase beginning in 2031, the agency says. Without a sustained level of immigration, it says Canada’s growth rate could be close to zero in 20 years as the population ages and projected fertility rates lag replacement level.