Maclean's cover preview: Why Elton McDonald dug himself a dream

On this week's cover, the exclusive story behind the Toronto mystery tunnel: a tale of dreams, escape and ambition, complete with a surprise Doug Ford cameo 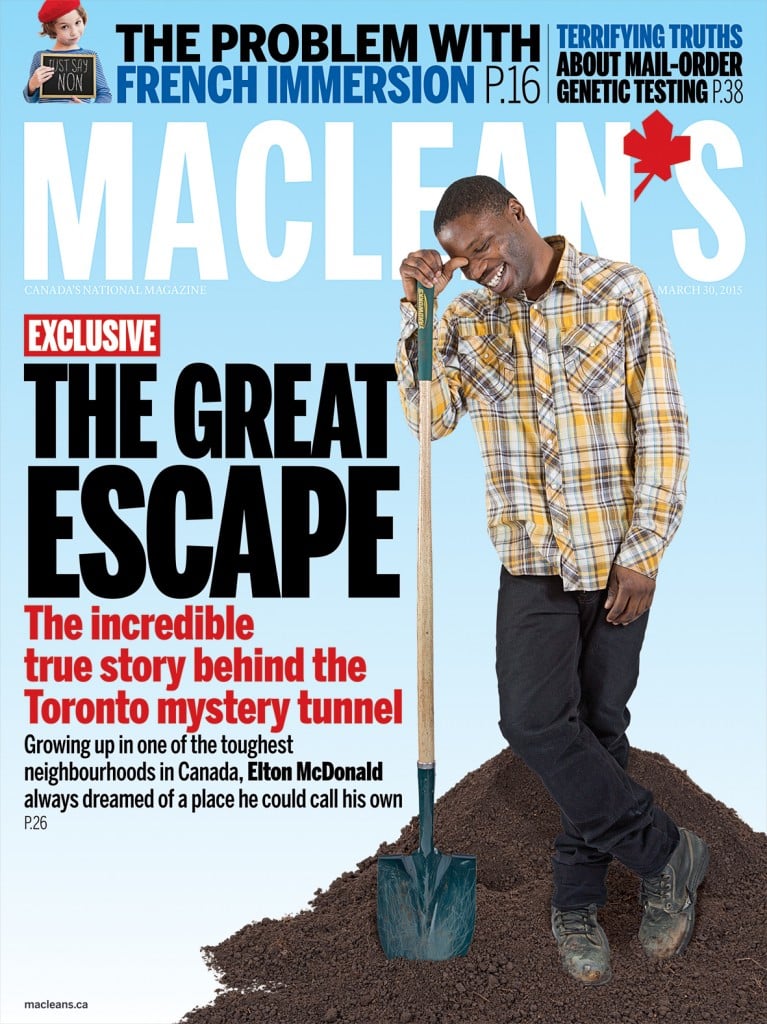 The digger Elton McDonald grew up on what’s probably the toughest street in Toronto, maybe even Canada—a world of crumbling public housing, masked gunmen, fatal shootings. The tunnel he built, a 10-minute walk from home in the ravine below that neighbourhood, was his portal into a world of quiet.

He’d slip out his front door, through the trees, skip between the rocks across the creek, then climb to the spot where he’d dug the hole. “I was getting away from regular things, away from life,” he says. “Nothing in particular. Just life itself.”

When authorities uncovered that hole—drawn to the site by a strange mound of dirt—they found a ladder that dropped into the darkness as if it was a secret cave from One Thousand and One Nights. Ten metres long and expertly constructed, the mystery bunker made international news, and triggered speculation it was part of a terrorist plot aimed at disrupting the 2015 Pan Am Games. On Twitter, people started calling it the #terrortunnel.

But it ended up being Elton McDonald, a young construction worker from a neighbourhood on the other side of the Black Creek ravine. It was his fifth try at building underground. Making this one would take toil, determination and the better part of two years. It took pursuing a kid’s dream into adulthood.

In this week’s cover story, Maclean’s takes you deep into the life of Elton and his family. It’s the tale of a tight-knit clan living on its own terms in a troubled corner of Toronto, and of a young man whose own strange method of getting away has struck a universal chord, appealing to the fort-building kid in all of us. Oh, and former Toronto city councillor Doug Ford—Rob’s brother—makes a cameo as Elton’s secret champion.

This story, along with many others, is now available on Next Issue and other digital platforms, as well as newsstands later this week.