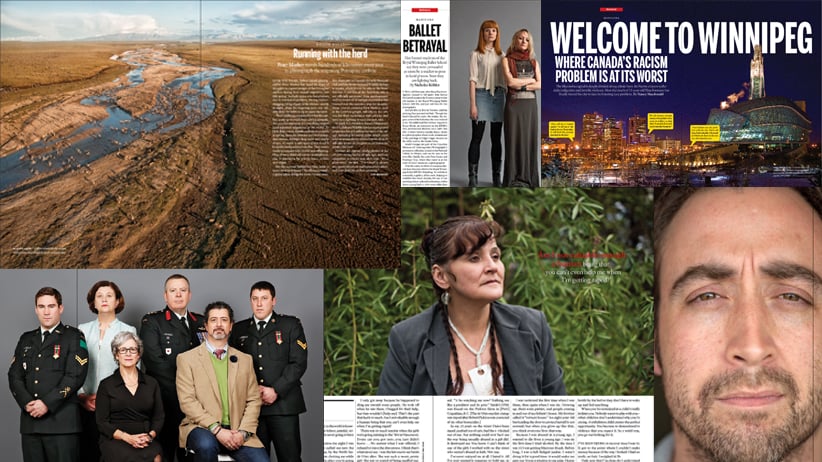 Once a year, the National Magazine Awards Foundation recognizes and celebrates the best stories, photos, design and more from Canada’s finest magazines. Maclean’s is honoured to have earned 18 nominations across 10 categories, among 184 magazines in the country. And it’s been quite a year in Canada. The rise of Prime Minister Justin Trudeau, the experience of early-onset Alzheimer’s, the racism problem in Winnipeg: these are just some of the stories we brought to the national table. We packaged an issue on space, unpacked an election, dug into the tale of a digger. “Maclean’s had a terrific year in 2015,” says Editor-in-Chief Mark Stevenson, “and we see that success reflected in the depth and breadth of category nominations. Our journalists produced terrific work across the board, from design to politics, investigative reporting and special projects, columns to long features. It’s wonderful to see their hard work celebrated.”

Here’s to an intensive 2015—and here’s our nominated work:

Hurry Up and Die Already
Stephen Gregory and Mark Stevenson

Passive, Aggressive and Pissed Off: Our culture of Perpetual Outrage
Emma Teitel

How Stephen Harper Forgot His Own Lessons
Paul Wells

Welcome to Winnipeg, where Canada’s Racism Problem is at its Worst
Nancy MacDonald

It Could Have Been Me
Nancy MacDonald

The Making of a Prime Minister
Paul Wells

Mike Duffy in the Trial of the Century
Kagan McLeod