In this issue of Maclean's, the Olympian opens up about her dark childhood, anorexia, cutting and her abusive mother 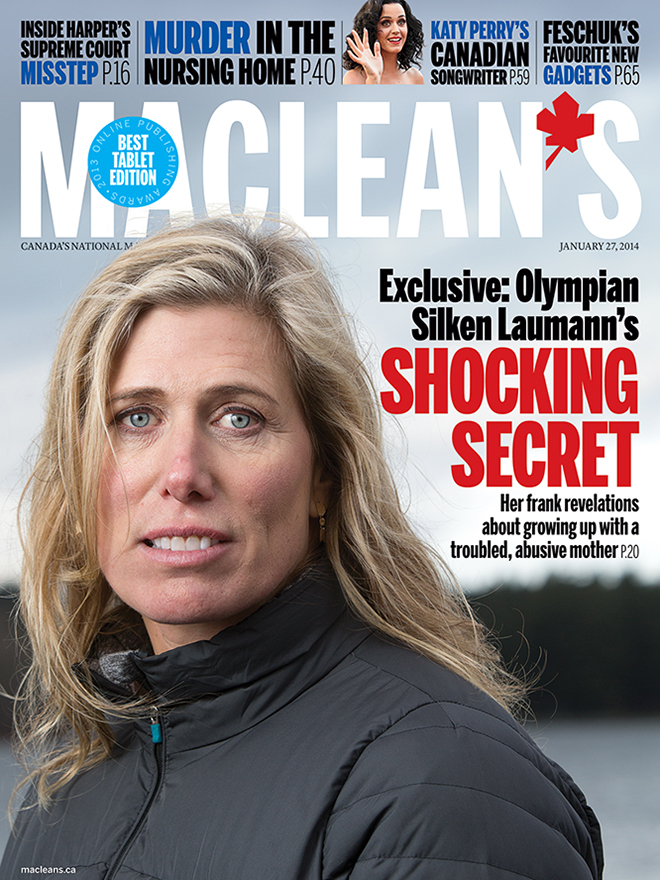 Silken Laumann is one of Canada’s most decorated rowers, a multiple medallist whose leg was ripped apart in a devastating boat collision in 1992. She famously came back just 10 weeks and multiple operations later to win a bronze medal for Canada at the Barcelona Olympics. After retiring from the sport, she’s built a successful career as a writer and motivational speaker.

But her uplifting message of overcoming obstacles with positive thinking, mental strength and courage hid a darker truth. Her middle-class childhood in Mississauga, Ont., was ravaged by a poisonous and abusive relationship with a beautiful, mercurial mother. Seigrid Seideman Laumann’s unpredictable rages, her daughter believes, were rooted in the trauma of her childhood in wartime Germany. Silken’s life was filled with fear, anger and self-loathing, manifested in depression, anorexia and other forms of self-harm—damage that carried into adulthood.

The Olympian chronicles the hard road to a happy, healthier life for herself and her family in Unsinkable, her frank new memoir.

“We all have our bumps and bruises, the things that we’re hiding,” Laumann tells Maclean’s. “I’m here to tell you that asking for help, being more open with your experiences, seeking support, is worth it.”

Read the full interview with Laumann, and an exclusive excerpt from Unsinkable in the latest issue of Maclean’s. Look for it on newsstands starting Thursday, or in our digital edition.