Maclean’s was honoured with one gold and three silver awards at the 2014 Canadian Online Publishing Awards in Toronto on Thursday night.

Here is a closer look at some of our award-winning work: 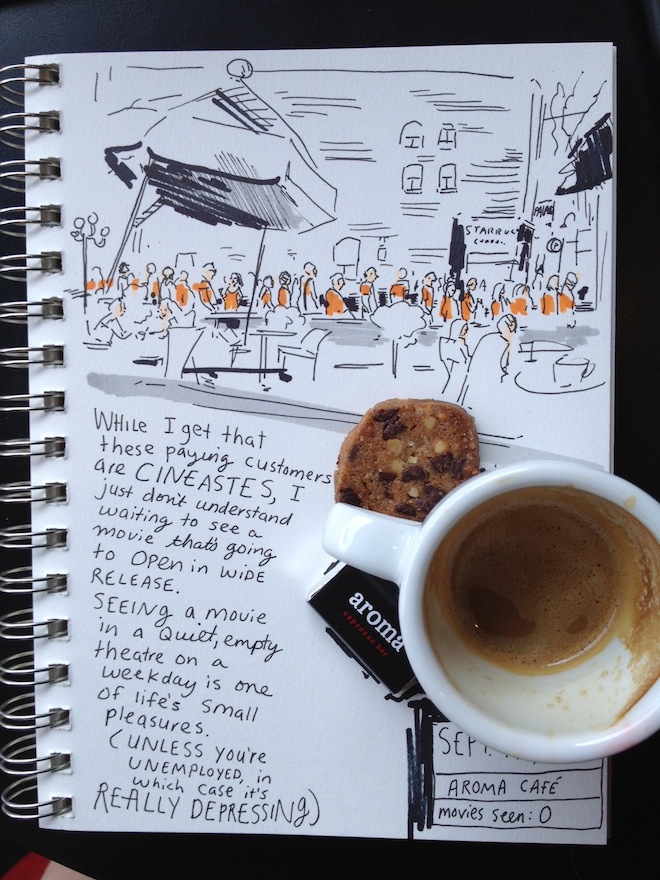 Exemplifying Maclean’s affection for coverage that is both deeply relevant and, when possible, slightly irreverent, Lazarovic’s amusing live-sketches of events—from a Rob Ford speech to the Olympic opening ceremonies—have become some of our most popular content, proving that illustrations can be genuinely illustrative. Earlier this year, Lazarovic won the online commentary category at the Online News Association’s Online Journalism Awards in Chicago. Here is a sample of her work: 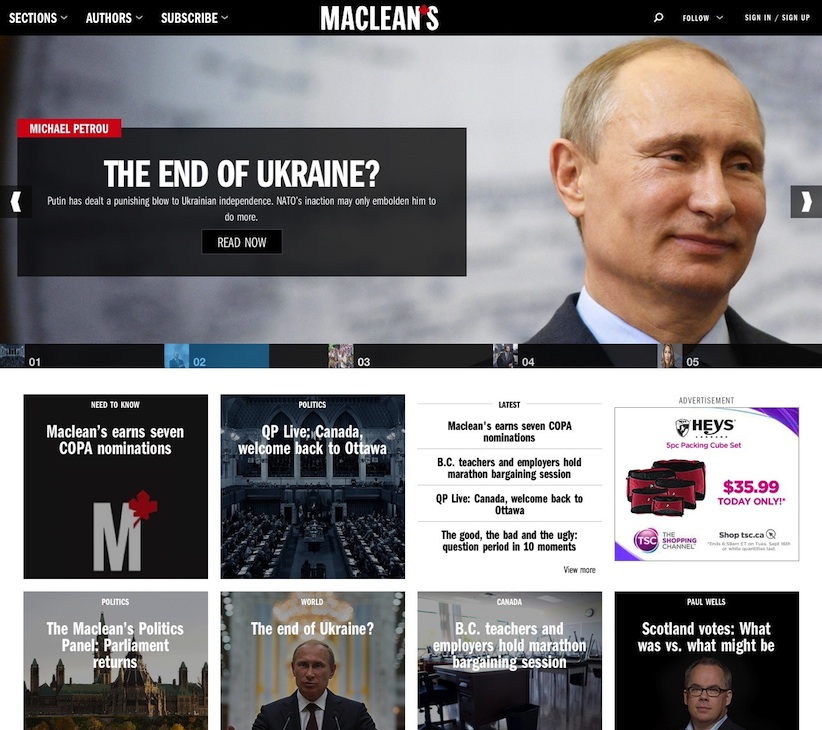 Launched in March of 2014, our new website is designed for easy, fluid use across all platforms—from desktop, tablet to mobile—reflecting the evolving ways readers are consuming the news. Our digitally focused redesign, too, was fuelled in part by a renewed commitment to delivering incisive commentary and analysis of national and international events to readers in new ways. 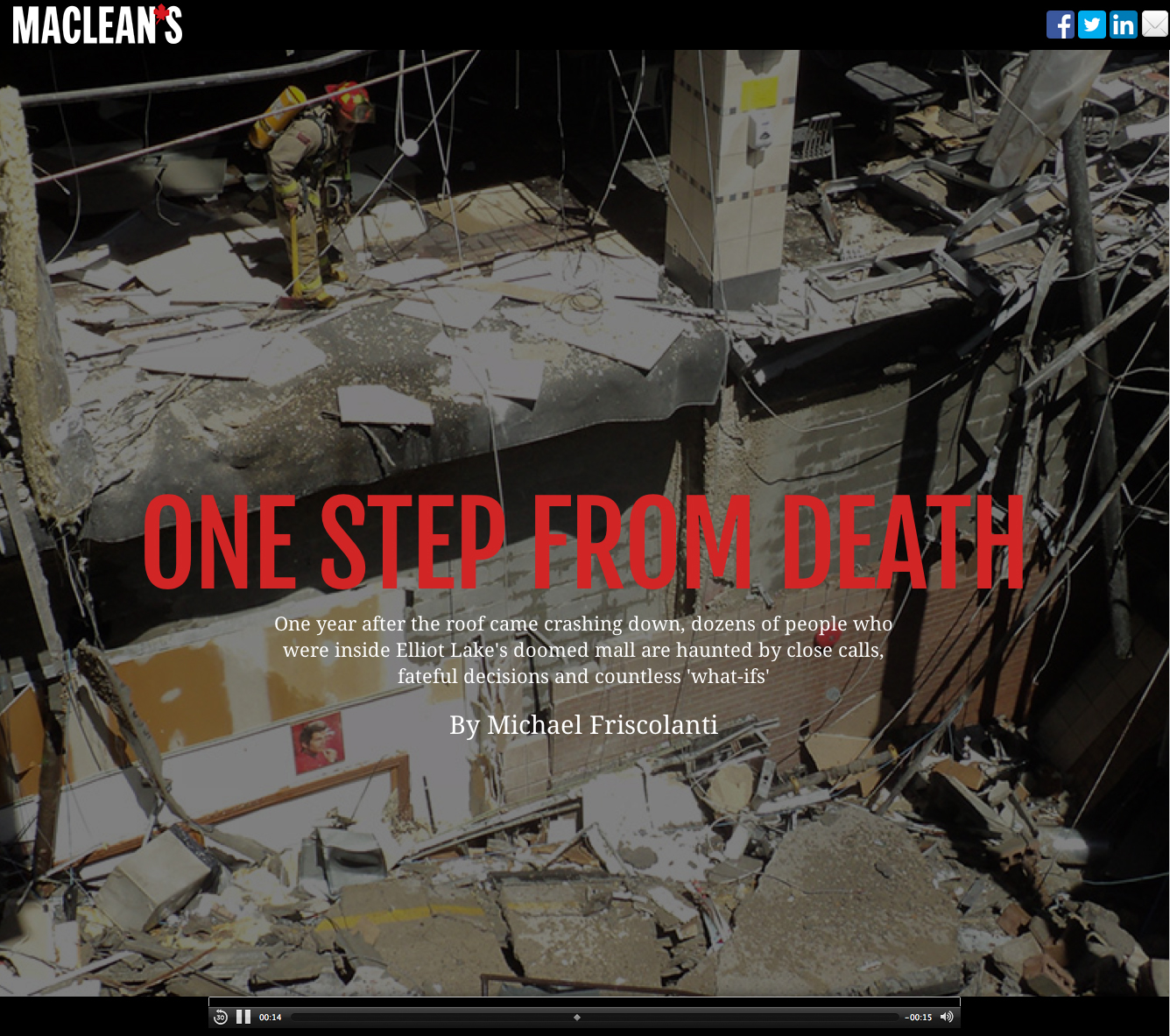 Senior writer Michael Friscolanti went to Elliot Lake, Ont., when the Algo Centre collapsed in June of 2013; together with the remarkable video and photography of Jessica Darmanin and digital producers Paul Watson and Michelle Turingan—overseen by Sue Allan—Maclean’s produced a deep, multimedia-driven long-form packaged that probed the lead-up and aftermath of the mall’s tragic collapse. 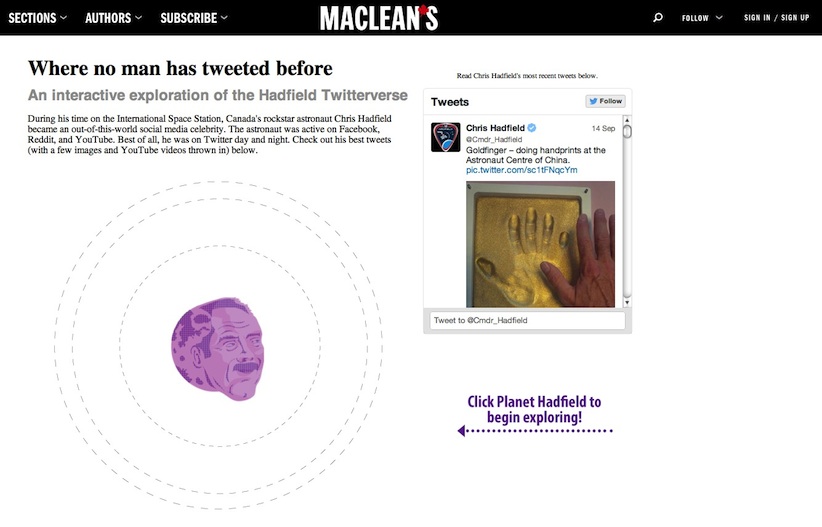 Amanda Shendruk’s work firmly blends data and design, using visualizations to break down hard-to-understand information and deliver it in an engaging way. That work has driven the kind of infographic work that Maclean’s now espouses, from our uniquely visual Canada Day issue to our Blog of Lists series. Shendruk was nominated in the infographic for this feature on Chris Hadfield.

She was also nominated in the blog category: