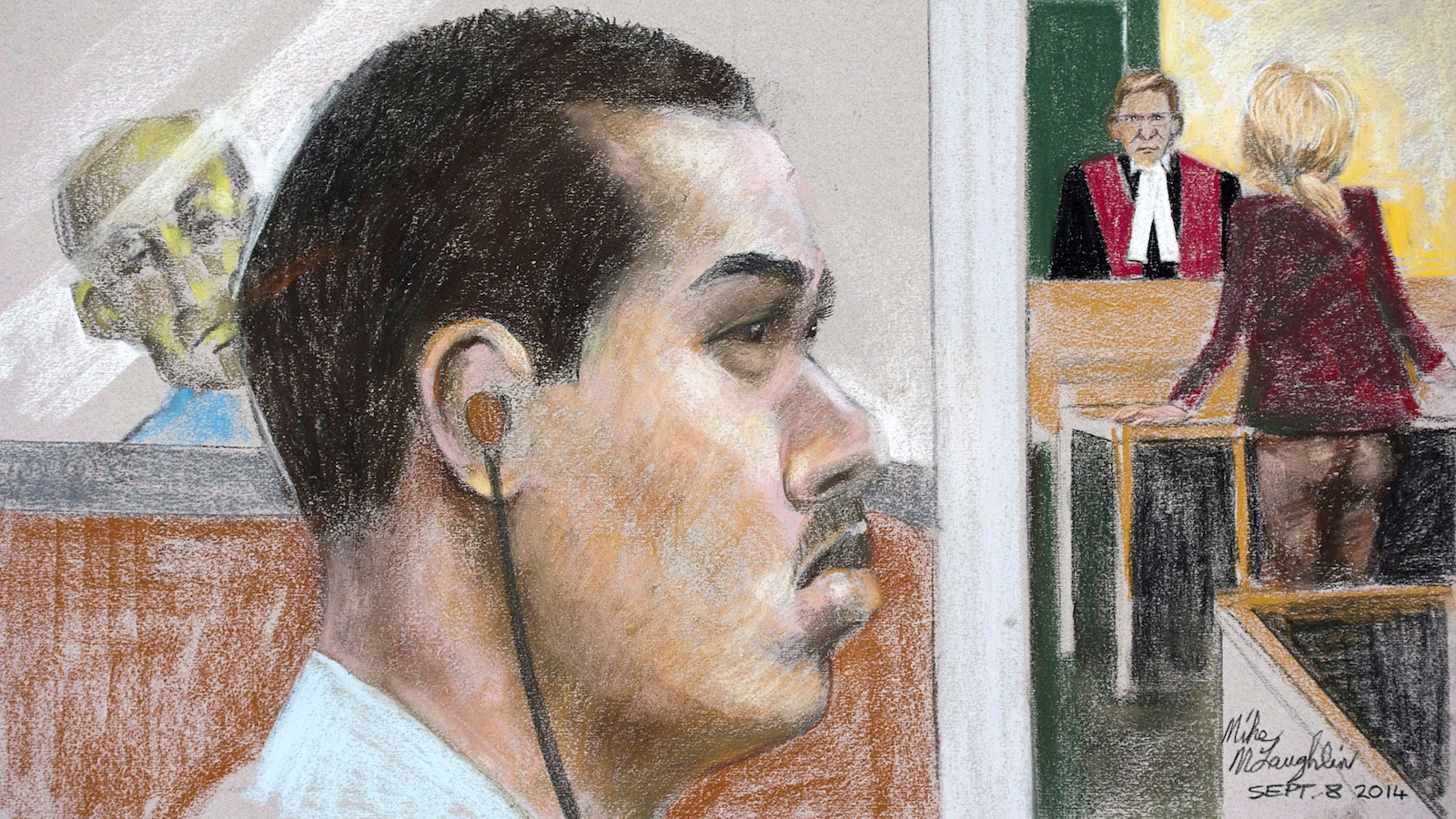 MONTREAL – The Montreal building where Luka Rocco Magnotta lived in a $490-a-month bachelor apartment was equipped with surveillance cameras.

The jury at Magnotta’s first-degree murder trial has heard audio testimony from a now-deceased witness who rented him the apartment.

Eric Schorer testified at Magnotta’s preliminary inquiry in 2013 but has since died.

Schorer said the building had four cameras — three with various views of the ground floor and entrance and one in the basement. They were activated by motion detectors and Schorer testified he never showed Magnotta their existence.

Schorer said there was nothing remarkable about his first meeting with Magnotta, about two months before the slaying of Chinese student Jun Lin. He testified Magnotta told him he was looking for a job as a caregiver and that he had a child in the area.

The 32-year-old Magnotta is charged with first-degree murder in Lin’s slaying and dismemberment in May 2012 in the apartment Schorer rented him.

In his testimony, Schorer said the janitor of the building reported seeing a suitcase outside that was smelly and covered in maggots amid a mound of trash.

The janitor then came back and told him there was a torso in the suitcase.

Magnotta has pleaded not guilty to five charges but will argue he is not criminally responsible because of mental disorder.

While Magnotta admits to causing the acts he’s accused of in Lin’s death, Leclair has said his client suffers from schizophrenia and was diagnosed with borderline personality disorder shortly before the slaying.

The Crown contends the killing was planned and deliberate and says its case will show just that.

The five charges against Magnotta are first-degree murder; criminally harassing Prime Minister Stephen Harper and other members of Parliament; mailing obscene and indecent material; committing an indignity to a body; and publishing obscene material.

Thursday is the last day of testimony this week. For the most part, the jury will not sit on Fridays.