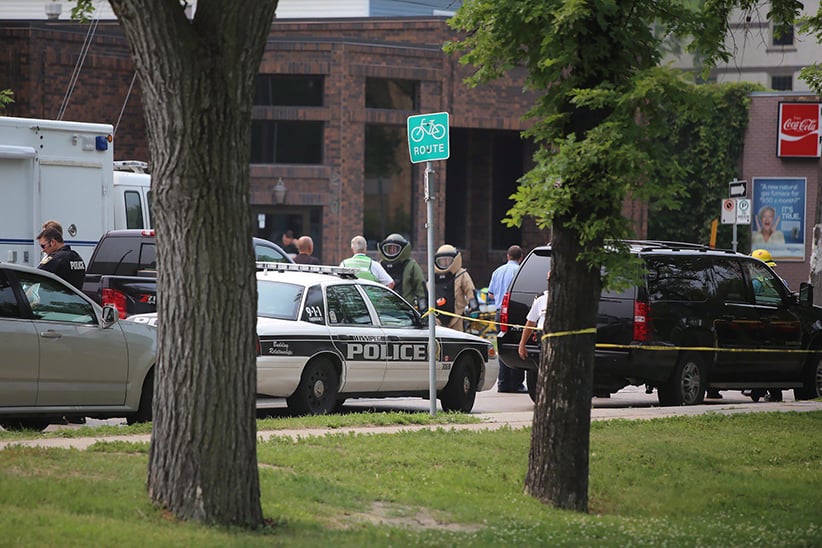 WINNIPEG – A man accused of sending a letter bomb that severely injured a lawyer and attempting to kill two other people with explosive devices was in court Thursday seeking bail.

Lawyer Maria Mitousis lost a hand and suffered other serious injuries in the July 3 blast.

Guido Amsel is facing more than a dozen criminal charges in the explosion, as well as charges related to other explosive devices disposed of by police at two other Winnipeg law firms.

The charges include three counts of attempted murder.

Amsel wore a dark suit and sat passively during the bail hearing. Details are covered by a publication ban.

His current wife wept and was comforted by supporters in the front row as Amsel was brought into the courtroom.

The Crown said it would oppose Amsel’s release. The 49-year-old has been in custody since July 5.

Martin Glazer, Amsel’s lawyer, has said previously that his client denies all the accusations against him and that the case is based on “circumstantial evidence that has an innocent explanation.”

Police allege Amsel was targeting his former wife and the lawyers who were involved in a lengthy legal dispute between the couple.

Mitousis underwent 12 hours of surgery for injuries to her upper body and thighs. She is no longer in hospital but faces a long recovery. She has said she plans to return to work.

Another bomb was sent to an auto repair shop where Amsel’s ex-wife works. A third went to a law firm Amsel had hired in a legal battle with his former wife over money from a business the couple owned.

Court documents detail a bitter divorce between Amsel and his ex-wife, Iris, including a lawsuit over money from the company they used to jointly run.

Records show Amsel appeared to drop his legal battle earlier this year. He withdrew accusations that his former wife had stolen money from the company and agreed, after years of denial, that he owed her $40,000.

Amsel agreed to auction off vehicles and equipment to pay her.

The auction was scheduled for eight days after the first letter-bomb exploded, but was postponed.