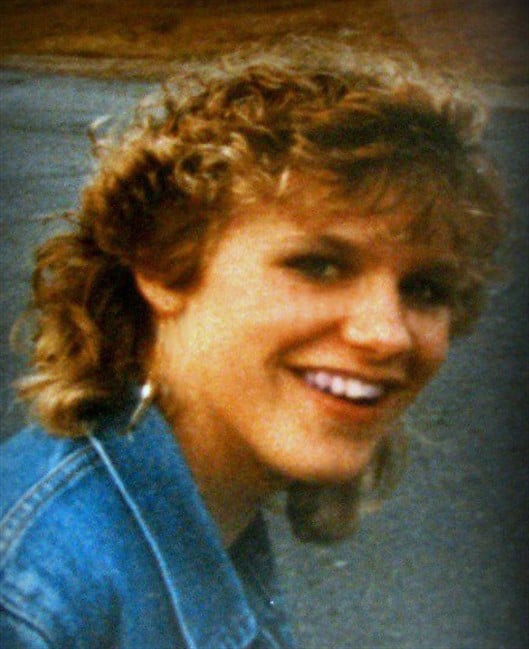 Kerrie Ann Brown is shown in this undated handout image. The RCMP in Manitoba is trying an unorthodox strategy to solve a 30-year-old cold case – tweeting as the victim. Kerrie Ann Brown was 15 when she walked out of a party in Thompson, Man., never to be seen again. THE CANADIAN PRESS/HANDOUT

An unorthodox social media campaign that sees police tweeting from the perspective of a 15-year-old murder victim is serving its purpose by making the teenager seem more like a person than a statistic, her brother said Monday.

Trevor Brown said the RCMP’s eye-catching campaign to retackle the 1986 homicide of his sister Kerrie Ann was launched with the family’s blessing and co-operation on Sunday.

The campaign involves tweets posted to the official account of the Manitoba RCMP, all written from the point of view of Kerrie Ann Brown.

“There’s silence, but someone knows. Come forward. Stop being cowards. How are you able to keep what you did to me hidden,” asks one of the tweets. “What you did to me that night destroyed my family & friends. I didn’t do anything wrong. I was a happy 15-year-old girl.”

The tweets go on to chronicle the final hours before Kerrie Ann was raped, murdered, and dumped beside a horseback riding trail in Thompson, Man.

But rather than simply describing her movements and summarizing the information common to most police recaps, the posts sent out under the hashtag #Kerrie are sprinkled with much more personal details.

The first-person narration of Kerrie Ann’s final day includes references to her collection of stuffed animals, her fondness for gym class, the amount her parents gave her as a weekly allowance, details of her final meal with her family and her fondness for playing pranks on her elder brother.

Trevor Brown said he hopes such minutiae will prompt people with knowledge of the crime to remember that his sister was more than just a name on a police file.

“Our society has been a bit desensitized to this type of thing, and it’s sad to think, especially as brutal as Kerrie’s murder was,” Brown said in a telephone interview. “That’s what we hope is that we can personalize her to the point where she’s no longer just a face. . . . She’s somebody that you know a little bit about.”

Trevor Brown said the RCMP approached him two weeks ago with the proposal to try a social media tactic they had never attempted before, stressing that they would not do so without family co-operation.

He complied at once, helping to fill in details of his sister’s last day and providing pictures to add additional depth to the vivid account.

Oct. 16, 1986 was an ordinary Thursday for Kerrie Ann Brown, according to the police tweets.

The teen attended school, then saw a doctor in the afternoon to address some headaches and other minor ailments.

Kerrie Ann’s final hours were spent at a party supervised by parents, which she was allowed to attend because there was no school the next day, Trevor Brown said.

She had planned to stay until 11 p.m. or so before relocating to her best friend’s home for a sleepover, but Trevor Brown said her evening was thrown off course when she saw an ex-boyfriend she had broken up with just a day before in the company of a new girl.

The RCMP tweets, which say only that the arrival of a former friend had “ruined” her night, then explain that Kerrie Ann decided to leave the party early.

“That’s when it happened,” one of the final tweets reads. “I was strong & put up a fight but it wasn’t enough.”

The twitter campaign gained almost instant traction, turning #Kerrie into a nationwide trending topic in the hours after it began.

The visceral, first-person tweets have the capacity to be unnerving in their directness, she said, going on to describe the campaign as “brilliant.”

The approach, which Stevens said she’s never witnessed in nearly a decade on the job, is uniquely suited to Twitter with its rigid character limit and ability to quickly disseminate brief messages.

Not only has Kerrie Ann’s name begun circulating online, but people who knew her are sharing recollections of her and her final days.

“That’s really what we want to do,” he said. “We really want to start that conversation again about that night. . . for us, that’s a major success 30 years later.”

For Trevor Brown, his brother and parents, the immediate horror of that night never did fade.

He said his sister’s sex slaying left scars that never healed and fundamentally altered the course of his life. Inner demons surfaced, relationships foundered, and a preoccupation with Kerrie Ann’s killer served as a long-standing distraction to tackling those more personal struggles, he said.

“My head has always been somewhere else,” he said. “We don’t have answers, and when you obssess about who did it and why and wanting them to be brought to justice, that’s ultimately what our goal is.”