The plane that could help save B.C. from forest fires

Meet the Martin Mars water bomber: A Second World War-era vintage craft that costs $10,000 per hour to fly, and is being called into action in B.C. 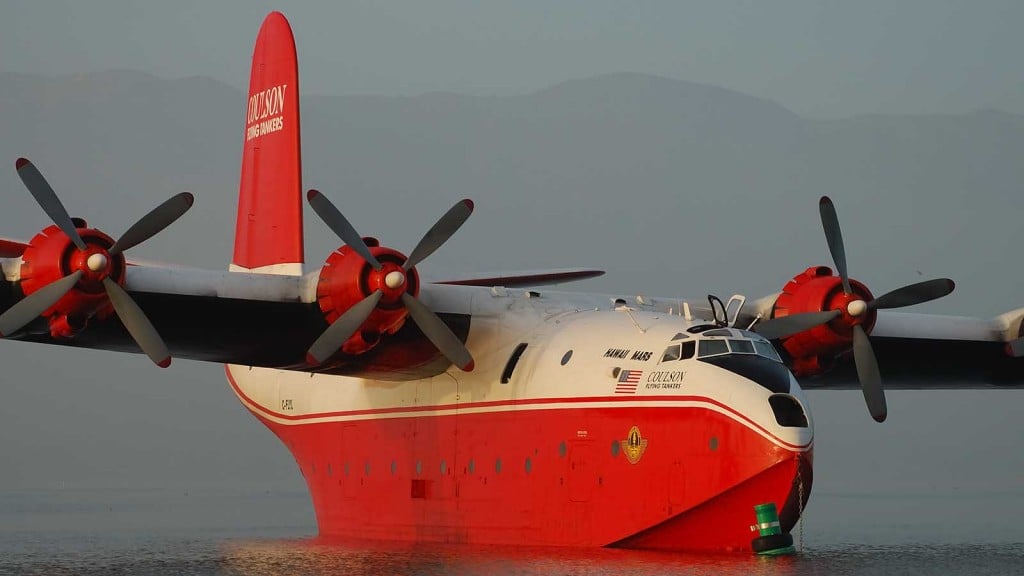 British Columbia’s official bird is the Steller’s jay, but a close second, in the worst forest-fire season since 2003, is the flying whale known as the Martin Mars water bomber.

The government has burned through its $63-million fire budget, but with 200 fires raging, 10 evacuation orders and 1,600 crew on the ground, it has brought the Mars into the fray. Coulson Group, owners of the Second World War-era vintage craft, will fly from its base on Vancouver Island’s Sproat Lake, rejoining a firefight first waged more than 50 years ago.

Operating the Mars is an expensive proposition, hence the province’s initial reluctance to contract its services. It estimates the Mars standby cost at $40,000 per day, and $10,000 per hour of flying time. It uses almost 3,000 litres of fuel per hour during an operation, an additional cost to the province of about $5,000 per hour.

As ﬁres worsened, people pressed the province to activate the Mars. Typical is Neil Wilson, writing in the Alberni Valley News: “The Martin Mars and crew saved our community at Twin Island in Indian Arm when a burning house started a forest fire on the side of a steep mountain behind our houses. I will never forget the scene and will forever be thankful.” 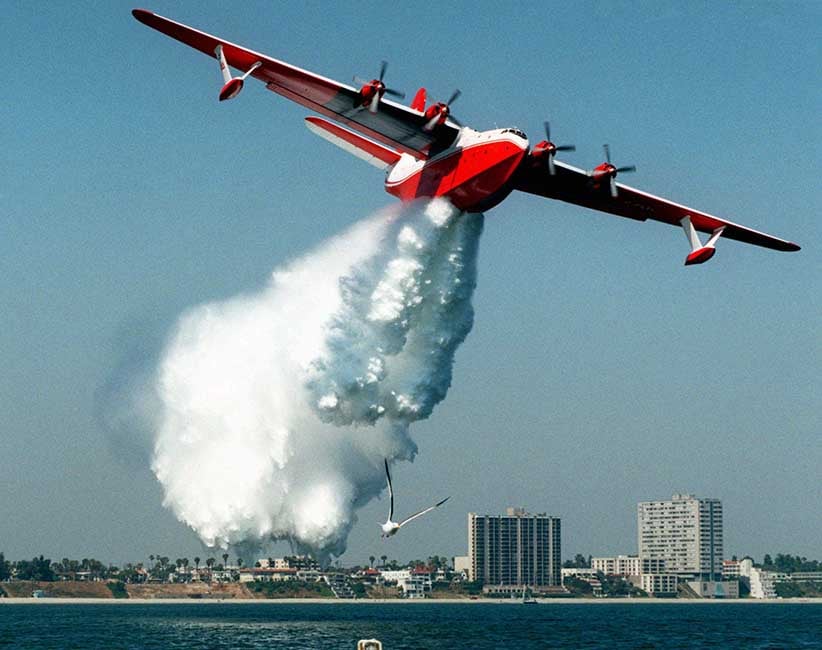 FILE–A Martin Mars flying boat water bomber makes a demonstration drop of some 7,200 gallons of water off the shore of Long Beach, Calif., in this Thursday, June 18, 1998 file photo. Even without a formal request for Canadian help in fighting California’s wildfires, the world’s largest water bomber will soon be winging its way south while authorities in B.C. are scrambling to see what assets are available if such a call comes in. THE CANADIAN PRESS/AP/Reed Saxon

Just how big is it?

The world’s largest fixed-wing water bomber has a wingspan of 61 m, one metre longer than a Boeing 747 jumbo jet. It was designed for the U.S. Navy in 1938 by the Glenn L. Martin Co., as a long-ranger bomber and patrol craft. Because of its immense lift capacity, the flying boat was reconfigured as a troop and cargo transport. The small fleet of Mars transports had heavy use on a run between the U.S. West Coast and Hawaii.

Saved from the scrap heap

By the mid-1950s, the U.S. Navy had retired the Mars transports. They were likely saved from the scrap heap when the four surviving Mars were purchased in 1959 for $100,000 by Flying Tankers, a consortium of B.C. forest companies. They became bombers once again, dropping water instead of explosives to save British Columbia’s valuable forests.

Two of the planes were destroyed. One crashed in 1961 while firefighting, killing all four crew. The second was damaged beyond repair by a hurricane while ashore in 1962. The two surviving Mars have flown more than 8,000 accident-free fire missions in B.C. alone, dropping some 182 million litres of water and retardant. One extensively modernized plane, Hawaii Mars, remains in active service.

The Mars is powered by four 18-cylinder, 2,500-hp engines. It flies with a crew of four, a captain, first officer and two flight engineers, and requires an extensive ground crew. To fill its 27,500-litre water tanks the pilot skims the surface of a lake or ocean. Scoops are lowered from its belly, filling the plane in less than 35 seconds. Fire-retardant gel or foam is injected aboard into each load.

The Mars descends below 100 m and slows to 220 km/h from a cruising speed of 305 km/h when making a drop. One run can blanket an area of 1.2 to 1.6 hectares. The average time between drops is 15 to 19 minutes and it is capable of as many as 37 consecutive drops between refuelling. Because of its size it is only capable of landing on about 113 bodies of water in B.C.