Mary Simon, at the moment she's needed most

Image of the Week: Simon becomes the first Indigenous person to serve as Governor General, and arrives at a time of great reckoning 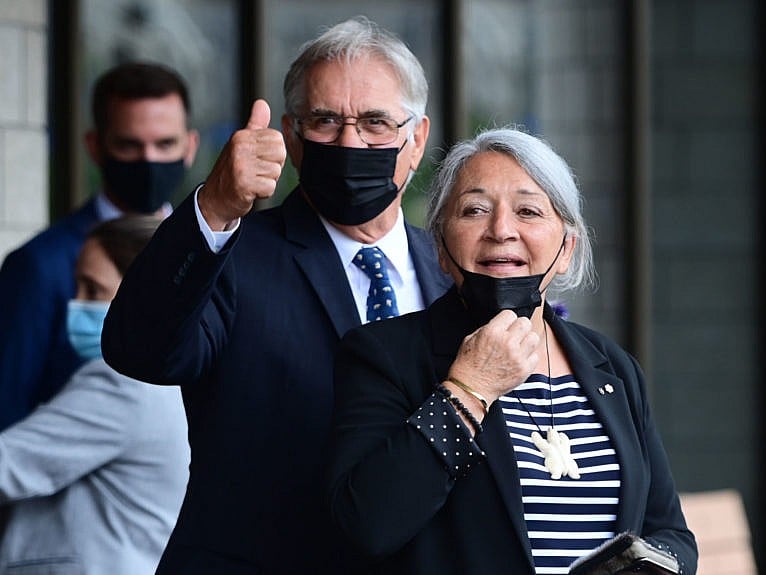 Mary Simon after the announcement at the Canadian Museum of History in Gatineau, Que. that the Inuk leader and former diplomat will be Canada's next governor general — the first Indigenous person to serve in the role. Simon's husband Whit Fraser is pictured in the background. (Sean Kilpatrick/CP)

In 2010, Mary Simon, then the president of Canada’s national Inuit organization, may have noticed her name being bandied about in the press as a possible successor to then-Governor General Michaëlle Jean. Despite a hefty resume packed with leadership and diplomatic positions around the world, including three years as an ambassador to Denmark and a key founder of the Arctic Council, she didn’t get the gig. In hindsight, maybe that was for the best. Eleven years later, Simon will still be the country’s first Indigenous governor general—and now, in 2021, she will undoubtedly wield far more influence than she would have in 2010. Consider the cumulative effects over the last decade of the country’s Truth and Reconciliation Commission; public outrage over missing and murdered Indigenous women; pipeline projects being delayed or abandoned after protests, court actions and blockades mounted by First Nations activists; and, most recently and heart-wrenchingly, an ongoing national effort to discover the remains of hundreds of Indigenous children buried on the grounds of former residential schools. Calls for an Indigenous governor general began as soon as Julie Payette resigned the post in January. The time is right. Reconciliation with First Nations will be a defining and consequential national discussion for years to come. Hopefully, Canadians can finally start having that conversation in earnest.