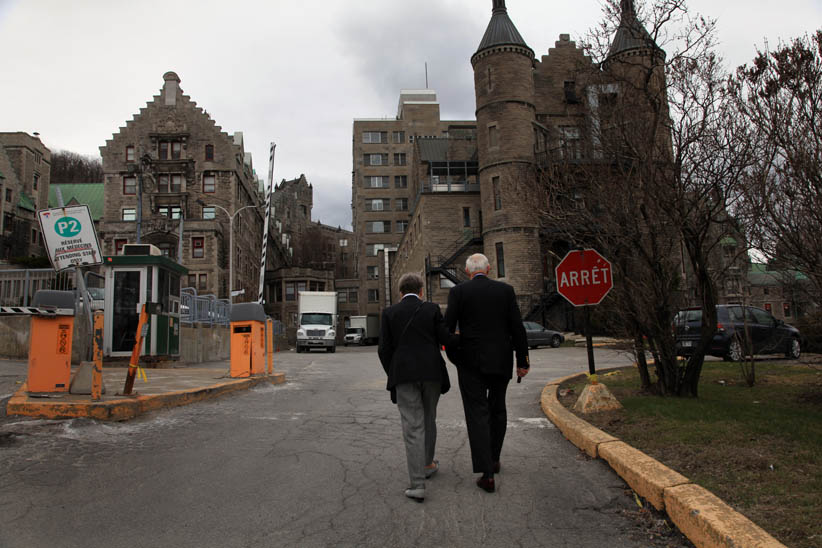 MONTREAL – It was a moving day unlike any other in Montreal on Sunday as the first wave of patients were transferred from the aging Royal Victoria to the newly-built “superhospital.”

All in all, 154 patients made the 30-minute journey to the new McGill University Health Centre in a move that went off without a hitch, according to hospital officials.

“This move was synchronized and planned out with our partners, and everything is really fine,” said MUHC public affairs director Richard Fahey. He described today’s hospital move as the biggest in Canadian history.

The transfer was completed several hours earlier than expected, partly because the number of patients to be transferred was lower than originally thought.

To move the patients from the 122-year old Royal Victoria to the new superhospital was a massive undertaking, involving thousands of staff members and years of planning.

In the end, it went smoothly.

At 5 a.m., the new hospital opened its doors, while the emergency room of the Royal Victoria simultaneously shut down.

Just after 7 a.m., the 32 ambulances and other medical transfer vehicles began leaving the Royal Victoria at the rate of one every three minutes. Each patient was transported with their medication and at least one nurse. Police lined the routes to manage traffic flow and ensure safe passage for the medical vehicles.

On the receiving end, teams of hospital workers wearing colour-coded T-shirts met and unloaded each ambulance as it arrived. Once inside, social workers were on hand to notify families of their relatives’ safe arrival.

The first patient — a baby in the neonatal unit — arrived around 7:30 in the morning.

The first outside patient was a woman in labour, who gave birth to a healthy baby boy just before 7 a.m.

By mid-morning hospital officials confirmed the most critical heart patient had arrived safely, and the first CT scan had been performed.

The move took just over five hours and cost the hospital approximately $10 million.

Today was just the first of several moves to the imposing complex that will consolidate many of the city’s health services in one area.

The construction and bidding process of the $1.3-billion facility was marred by allegations of corruption and fraud by several top executives.

Now open, hospital officials hope that features such as single-patient rooms, new equipment and a new cancer centre and research institute will make it one of the top facilities in Canada.

“We’re very excited to have the opportunity to be in this modern hospital with the best technologies out there,” said Dr. Greg Clark, the Royal Victoria’s Emergency Department site director.

The city also closed a chapter in its history as it bid goodbye to old site of the Royal Victoria hospital, the turreted limestone building built in 1893 that was home to Canada’s first successful kidney transplant operation and first palliative care unit. After the last patient left the hospital, a bagpipe band played a farewell as the flag was lowered, signalling the hospital’s official close.

In a tweet, the MUHC thanked the Royal Victoria for the years of service, adding “a new day is beginning.” 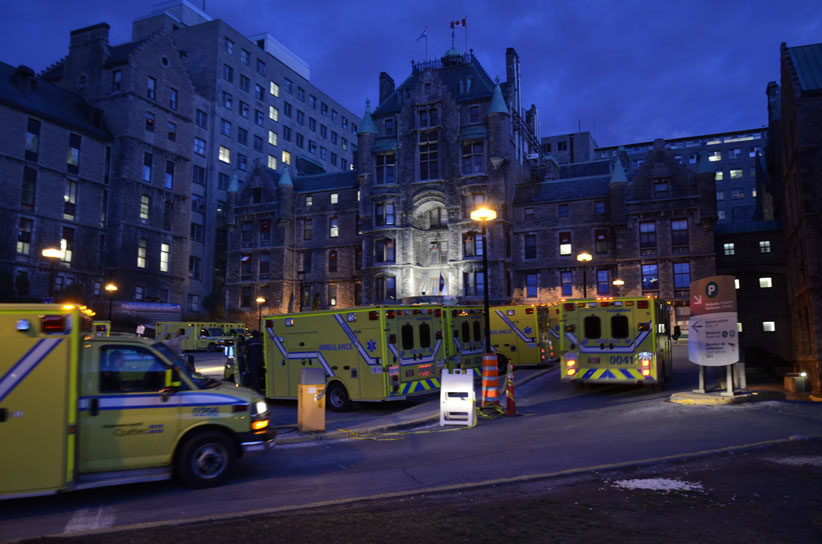