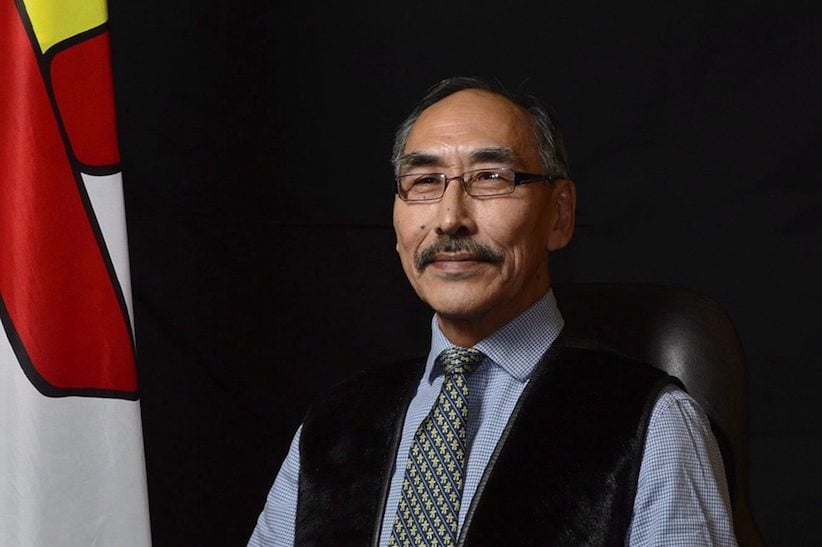 Paul Quassa is seen in this undated handout photo. THE CANADIAN PRESS/HO, Government of Nunavut

IQALUIT, Nunavut – The life story of Nunavut’s new premier reads like a modern history of the Inuit. But Paul Quassa says he wants to look forward, not back.

“We want Nunavut to shine,” says Quassa, who was sworn in last week as the territory’s fourth premier. “We want to see a truly brilliant territory.”

Quassa, 65, was born near Igloolik on the Melville Peninsula, where the west coast of Hudson Bay flicks up toward Baffin Island.

“I was born in an igloo,” he says. “My generation is the last generation to have experienced the traditional way of living prior to people being moved into communities.

“I have that sense of truly traditional Inuit values.”

Quassa may have been born on the land, but he didn’t grow up there. At the age of six, he was taken to a residential school in Churchill, Man., where he was to spend his next 13 years.

His memories, unlike those of so many others, are fond.

It wasn’t long after he left school that Inuit identity and politics became Quassa’s main concern. By 1972, he was involved in Inuit organizations and eventually became one of the chief negotiators of the Nunavut Land Claim. Quassa’s signature is on the 1993 agreement.

READ: Nunavut is growing faster than any other province or territory

Since then, Quassa has led the group that administers that land claim. He spent the better part of a decade as a CBC journalist. He’s worked for Isuma Productions, an award-winning film and video studio in his home town of Igloolik.

A 13-part series on traditional Inuit life he helped produce is still being shown.

He was the education minister in the last Nunavut government, where he oversaw an ultimately unsuccessful attempt to modernize territorial legislation to promote fully bilingual students.

It’s hard to pin down where Quassa hopes to lead the territory. Under Nunavut’s consensus-style government, legislative priorities aren’t set until all new legislature members sit down and thrash them out together. That meeting won’t happen until the new year.

Quassa uses the phrase “social development” a lot when he talks about his own priorities.

The list of Nunavut’s problems is long and it can seem as if they are tangled irretrievably together. Quassa has his own ideas about where to start tugging at the knot.

Look for another version of that failed Education Act during the new session, Quassa hints.

“Education is always a big issue in the territory. This is one of the areas we’ll be talking about when we talk about our new mandate.”

Expect continued funding requests of the federal government for infrastructure, too. Quassa points out Nunavut remains the only jurisdiction in Canada with no outside road links.

One thing he’d like to see more of in Nunavut over the next four years is confidence.

Quassa says it all goes back to the presence of his signature on the land-claim document that helped create the territory he now leads.