Meet the 113 new members of the Order of Canada 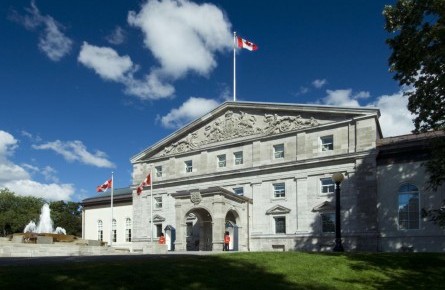 OTTAWA — The Order of Canada is receiving 113 new members this year. Here’s the list of recipients released by Rideau Hall on the eve of Canada Day (* denotes a promotion within the Order):

Companions of the Order of Canada

Officers of the Order of Canada

Dennis O’Connor, commissioner of the Walkerton and Maher Arar inquiries

Sophie May Pierre, commissioner for the British Columbia Treaty Commission

The Honourable Warren Winkler, former chief justice of the Ontario Court of Appeal

Members of the Order of Canada

Eli Kassner, co-founder of the Guitar Society of Toronto.

Sidney B. Linden, former chief judge of the Ontario Court of Justice

Andrew M. Pringle, investor and chairman of the Toronto Police Services Board

Louis Vachon, president of the National Bank of Canada

Michael A. Walker, founder of the Fraser Institute

Howard Wetston, judge, former chairman of the Ontario Energy Board and the Ontario Securities Commission

Marie Wilson, commissioner with the Truth and Reconciliation Commission

FILED UNDER: order of canada