An odd, barnyard-y smell in the ice patch uncovered a treasure trove of ancient tools 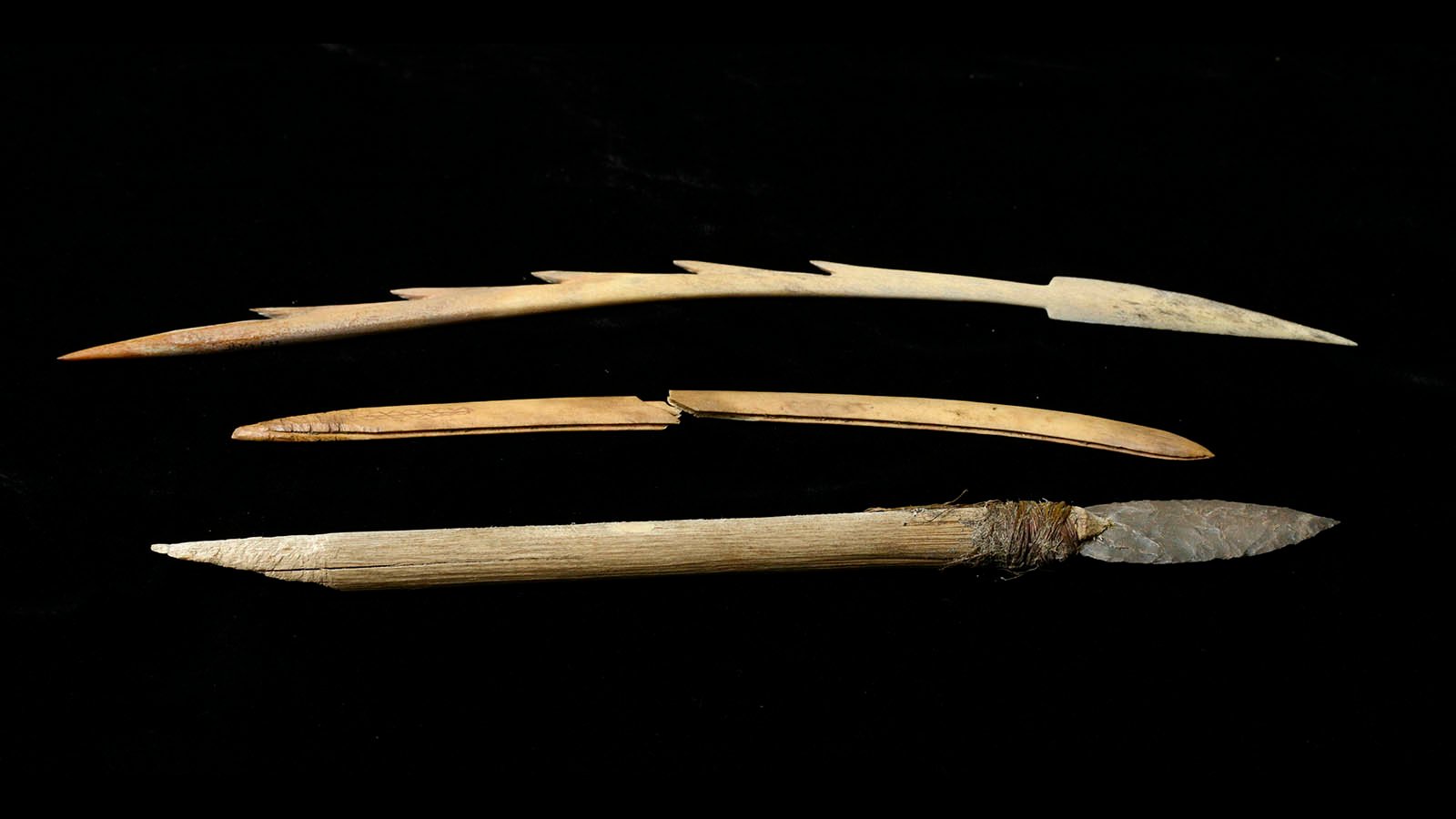 Greg Hare, a veteran archeologist with the Yukon government, has been instrumental in assembling one of the finest collections anywhere of superbly preserved ancient hunting tools. Expounding on the trove of more than 200 artifacts stored in his Whitehorse lab, Hare might seem, with his scholarly manner and standard-issue khakis, all no-nonsense scientist. But ask him how hunters actually wielded these weapons, and he turns boyishly animated in his eagerness to demonstrate.

Pointing out an almost 5,000-year-old throwing dart that rests under glass in several painstakingly collected pieces, he reaches for an exact replica on a nearby shelf. He fixes one end of the slender, roughly two-metre-long willow dart into a notch in a wooden board that he grips in one hand. “It gives you an extension on your arm,” he explains, “allowing you to hurl this dart with great force and distance.” Hare heaves back, slow-motioning a throw, complete with a phwew sound effect at the point of release.

A short section of a dart shaft was the very first artifact found to launch the remarkable, ongoing saga of Yukon ice patch archeology. Back in 1997, a local husband and wife were hunting Dall sheep up in the southern Yukon mountains, when they smelled something barnyardy, and found that the odour was coming from a mound of melting caribou dung. The strange thing was that caribou hadn’t been seen in the area for many years. That led to a sequence of investigations, including radiocarbon dating of the dung and then that first fragment of a dart, and finally to a grasp on what was happening: Climate change was eating away at the edges of mountain ice patches, revealing droppings left by caribou herds thousands of years ago—and tools lost by the hunters who had once pursued them.

According to Hare, climate conditions on about two dozen Yukon mountains have proven to be almost uniquely suited to preserving organic material. Unlike glaciers that move, slowly grinding down any artifacts trapped in them, the Yukon ice patches tend to remain stable. Or at least they did, until gradual warming over the past several decades began to shrink them and reveal treasures. Among the finds: wooden darts as old as nearly 9,000 years, some complete with stone points, sinew bindings, bits of feather and traces of ochre decoration; a finely carved, barbed antler projectile point from about 1,200 years ago; and a size-four moccasin, 1,400 years old, amazingly intact, and believed to be a boy’s. “Some of it is very beautiful,” Hare says.

In the first years after those sheep hunters caught a whiff of something, the ice patch archeology project was soon organized around annual helicopter trips into the mountains. The window of opportunity is limited: Sometimes there is only one week every August, when the short Yukon summer has melted away the previous winter’s snow cover and perhaps exposed newly mushy portions of the old ice beneath. First Nations were partners from the outset, and Aboriginal field assistants often made key finds. But last summer’s search was cancelled entirely, when Yukon Native groups went to court to block a routine archeological permit. Rather than engage in a legal battle, the Yukon government withdrew the application. Neither the archeologists nor the First Nations leaders involved would explain the clash to Maclean’s, with both sides saying they’re close to finalizing a new memorandum of understanding.

Diane Strand, the Champagne and Aishihik First Nations’ heritage director and a key negotiator in the dispute, says she looks forward to bringing elders and young people from her community to work again with the archeologists this summer. “Going out on a patch, doing the work together, and then coming together around a campfire, that’s going to feel good,” Strand says. Hare has similar hopes. “In the early days, every time you found something it was a ‘Holy crow!’ moment,” he says. “But it’s been 15 years. My objective now is more than anything else to get young First Nations students up there experiencing being on the ice and having the opportunity of finding something.”