Michael Ford on replacing Rob Ford: 'I will carry on his legacy' 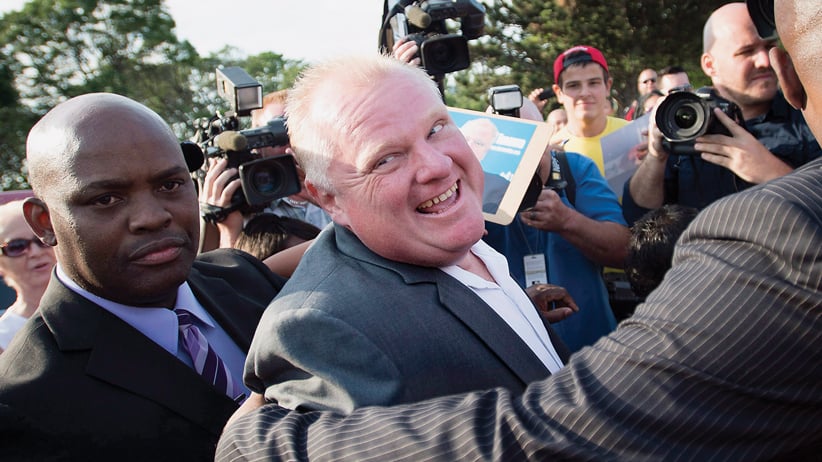 TORONTO — Ford Nation is still a driving political force in Toronto’s west end, where the nephew of the late Rob Ford has been elected to city council.

Michael Ford easily defeated 11 other candidates Monday to become city councillor for Ward 2 in a byelection triggered when his uncle, the former Toronto mayor, died in March from a rare and aggressive form of cancer.

The 22-year-old campaigned on the same themes as his uncles Rob and Doug — customer service and lower taxes — and said he would emulate them by returning constituent phone calls and showing up at their doors if necessary.

“Tonight more than ever we miss Rob, and over the last two and a half months I’ve been across the ward, in every corner of our community, and they gave me the same message: ‘If you’re like your Uncle Rob, just show up and you’ll have our support,’ and that is exactly what I’m going to do,” he told cheering supporters.

“I will carry on his legacy and his hard work that he has done for our community.”

Michael Ford was first elected to public office in 2014 as a Toronto school board trustee, but resigned last May to run for the city council seat in Etobicoke. That seat had also been held from 2010 to 2014 by Doug Ford.

Rob and Doug’s father, Doug Ford Sr., represented the Etobicoke-Humber riding in the Ontario legislature for one term in the 1990s.

The 22-year-old Ford originally ran in Ward 2 in the 2014 election, but dropped out and ran for school board trustee instead so Rob Ford could run for the city council seat because he was too ill to stand for re-election as mayor.

Doug Ford became the candidate for mayor that year, filling in for his ailing brother, but lost to John Tory, while Rob Ford was elected as city councillor for Ward 2.

Many people in Etobicoke remain staunchly loyal to the Ford family, and some political observers had said the race was the younger Ford’s to lose.

Rob Ford made international headlines after admitting he had smoked crack cocaine while mayor, but Michael Ford said he found a lot of support and only a couple of people had said they wouldn’t vote for him because of his uncle’s antics.