'I think it affects our morale,' new military chief says. 'It is something I will lead very personally and very quickly.' 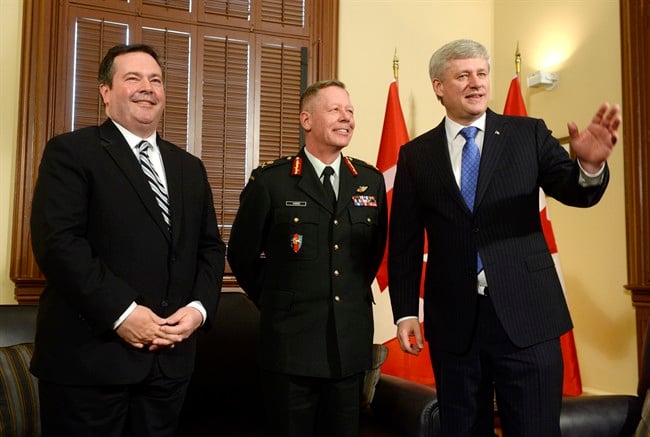 OTTAWA — The Canadian military has a new top commander.

Gen. Jonathan Vance, a combat veteran of Afghanistan and the country’s former operations commander, has been sworn in as the chief of defence staff, replacing Gen. Tom Lawson, who is retiring after almost three years in the high-profile post.

The military has been seized with the findings of a special investigation into harassment and sexual assault within the ranks and Vance used his inaugural speech to underline that inappropriate behaviour will not be tolerated under his command.

Former Supreme Court justice Marie Deschamps, in a searing report released in April, said sexual misconduct is “endemic” in the Canadian military and that the leadership has tolerated abuse.

Vance says his first priority will be to take care of the troops, and the issue of harassment is at the top of the list.

“I do not like the idea that anybody — even a single person — would have to come to work anywhere in the Armed Forces, or even working with us, (with) that sick feeling in their stomach that they’re going to be attacked, degraded, or have their dignity stripped from them,” Vance said in an interview.

“I’m going to address that hard because I think it affects our morale. It is something I will lead very personally and very quickly.”

There is a lingering perception — both publicly and within the rank and file — that the military isn’t serious about the kind of reform that would stamp out what Deschamps described as a highly sexualized, macho culture. While Vance wasn’t specific about how he would deal with it, he committed himself to living up to the report.

“I honestly value the Deschamps recommendations and I will put a great deal of energy into meeting or exceeding the letter and the spirit of those recommendations,” he said.

Lawson, Vance’s predecessor, fed the notion of indifference with his occasional but tone-deaf public comments about the “biological wiring” of soldiers. And in memos he suggested some of Deschamps’ ideas could fall by the wayside.

The image of a detached military leadership is deep-rooted and not confined to headline-grabbing allegations of sexual misconduct. Both the Harper government and National Defence have faced repeated storms of criticism over suicides and the treatment of veterans — issues that have the potential of haunting the Conservatives in the upcoming election.

After a dozen years of overseas conflict, Vance says it’s imperative he invest significant energy into the well-being of military members, stretching from the time they enlist to the moment they become veterans.

“We have used the Armed Forces hard for the last decade and a toll has been taken on our people,” Vance said. “That’s what we’re there for and I have no problems with that whatsoever. But from my policy perspective, I’ve got to take care of the troops.”