The Military Police Complaints Commission released its long-awaited review of the handling of the 2008 suicide of Cpl. Stuart Langridge 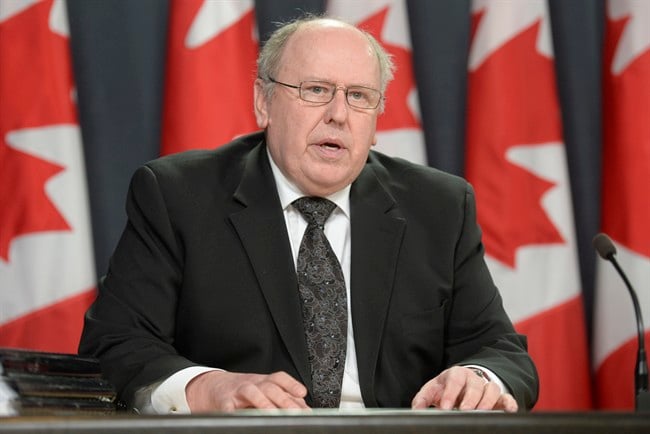 OTTAWA – The Harper government and the head of the military police promised Tuesday to learn from a bumbling investigation into the suicide of Cpl. Stuart Langridge, but would not say precisely what changes will be made.

The Military Police Complaints Commission released its long-awaited review of the handling of the troubled soldier’s 2008 death and said the case amounted to a series of botched investigations.

It said there were also “unacceptable errors” in the way military cops dealt with the soldier’s grieving family.

“When a soldier dies a non-combat death in Canada, the family deserves to know the truth,” said Sheila Fynes, Langridge’s mother, who along with husband Shaun led the fight for accountability from the military.

The 1,008-page report followed a series of public hearings which heard from 90 witnesses and looked at the involvement of both the military police and the Canadian Forces National Investigation Service.

The agency made 46 recommendations, including better training in search warrants, dealing with evidence and communicating with families. The vast majority of them were either rejected outright by National Defence — or not answered at all.

“In general, the commission found significant deficiencies in each of the investigations by the CFNIS,” commission chairman Glenn Stannard said.

Col. Rob Delaney, Canadian Forces Provost Marshal, apologized to the family, but said the police service has learned a lot since 2008, especially in light of the number of suicide investigations conducted recently.

He pledged to review each of the commission’s findings and decide which to implement, but also said public confidence in his investigators should not be shaken by the report, which painstakingly chronicles a tale of incompetence..

In the Commons, the parliamentary secretary to Defence Minister Jason Kenney appealed for time to consider the findings.

“I just want to remind that member that we received the final report only an hour ago,” said Manitoba Conservative MP James Bezan.

The recommendations, however, have not changed substantially since the commission’s interim report in May 2014.

Langridge, a veteran of two overseas tours including Afghanistan, was found hanged in an Edmonton barracks just days after being released from a civilian hospital.

His family alleged that not only was the military investigation mishandled, but National Defence tried to cover up its poor treatment of Langridge and protect its image.

The commission found the allegations of bias unsubstantiated, but Fynes said she still believes the system favours the military.

“Families cannot rely upon or trust the outcomes,” she said.

The report painted a stark picture of the Langridge suicide investigation and subsequent follow-ups, which were riddled with blunders and amateur detective work.

“The 2008 investigation was conducted without any apparent plan or direction, mostly due to the inexperience of the investigators,” said Stannard.

The report said investigators did not appear to have pursued their work with any clear understanding of its purpose.

“The evidence was processed but not analysed and no inferences or conclusions were drawn.”

In addition, military cops left Langridge’s body hanging in plain view for hours while they collected evidence and withheld his suicide note from his family for 14 months.

When the Fynes complained about their treatment, a subsequent investigation was conducted “without a clear understanding of the nature of the complaint,” said Stannard.

The family alleged later that the there was criminal culpability in the way the military treated and supposedly humiliated Langridge because of his mental condition. The young soldier suffered from depression and anxiety, but was never formally diagnosed with post-traumatic stress.

The commission did not comment on the quality of care Langridge received, or the disciplinary measures imposed on him by the military, saying such matters were outside of its jurisdiction.

The military investigative service told the Fynes it looked into their complaint of bias, but the commission could find no evidence of that.

“As for the 2010 investigation, the CFNIS did not conduct an actual investigation, yet nevertheless felt able to conclude the Canadian Forces could not possibly have been culpability negligent in Cpl. Langridge’s death as Mr. Fynes had alleged.”