Military procurement is a national disgrace

The term "aging Sea King" is a decades-old joke in Canada. Dramatic change is needed. 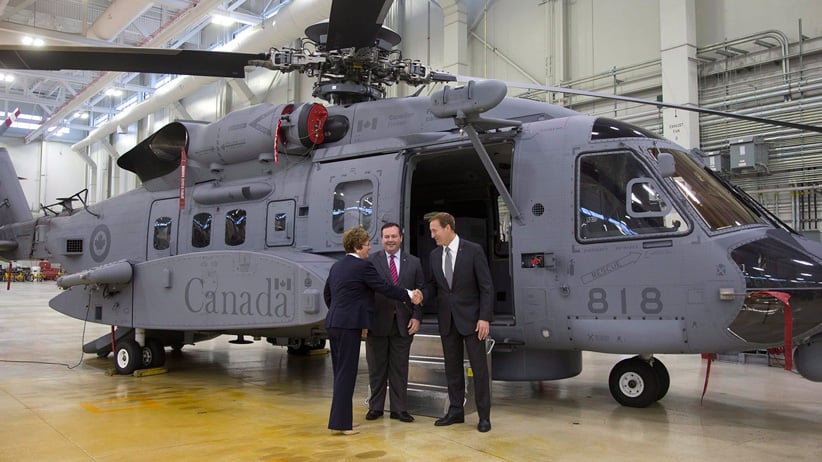 Listen to Scott Gilmore Wells read his column, or subscribe to Maclean’s Voices on iTunes or Stitcher for on-the-go listening:

Many years ago I found myself in a UN peacekeeping mission, preparing for the arrival of a Defence minister who was coming to visit a Canadian contingent up-country on a remote base. Just before he flew in, to my consternation and the dismay of the officers working with me, the minister’s staff informed us of “concerns” about using one of our Sea Kings. Evidently, he believed the infamous helicopters were safe enough for the troops, but not for him.

When our VIP arrived, we escorted him to the replacement: a decrepit UN helicopter, a Russian MI-8 with a Bulgarian crew who smelled of alcohol and smoked in the cockpit. We lurched and rattled through the air as the minister gripped his seat with white knuckles, hydraulic fluid dripping onto his suit from the gearbox above. I still vividly remember the look of anger and disdain on the faces of the officers escorting the minister. If we had augered into the jungle below, I think they would have gone down happy knowing this craven politician was going with them.

The minister had good reasons to worry. The Sea Kings have been in use since 1963, and of the 41 purchased by the Canadian Forces, 14 have been destroyed in crashes, taking the lives of eight aircrew and injuring many more. The phrase “aging Sea King” has been used by the media as far back as 1985 and should rightfully be part of its official title. 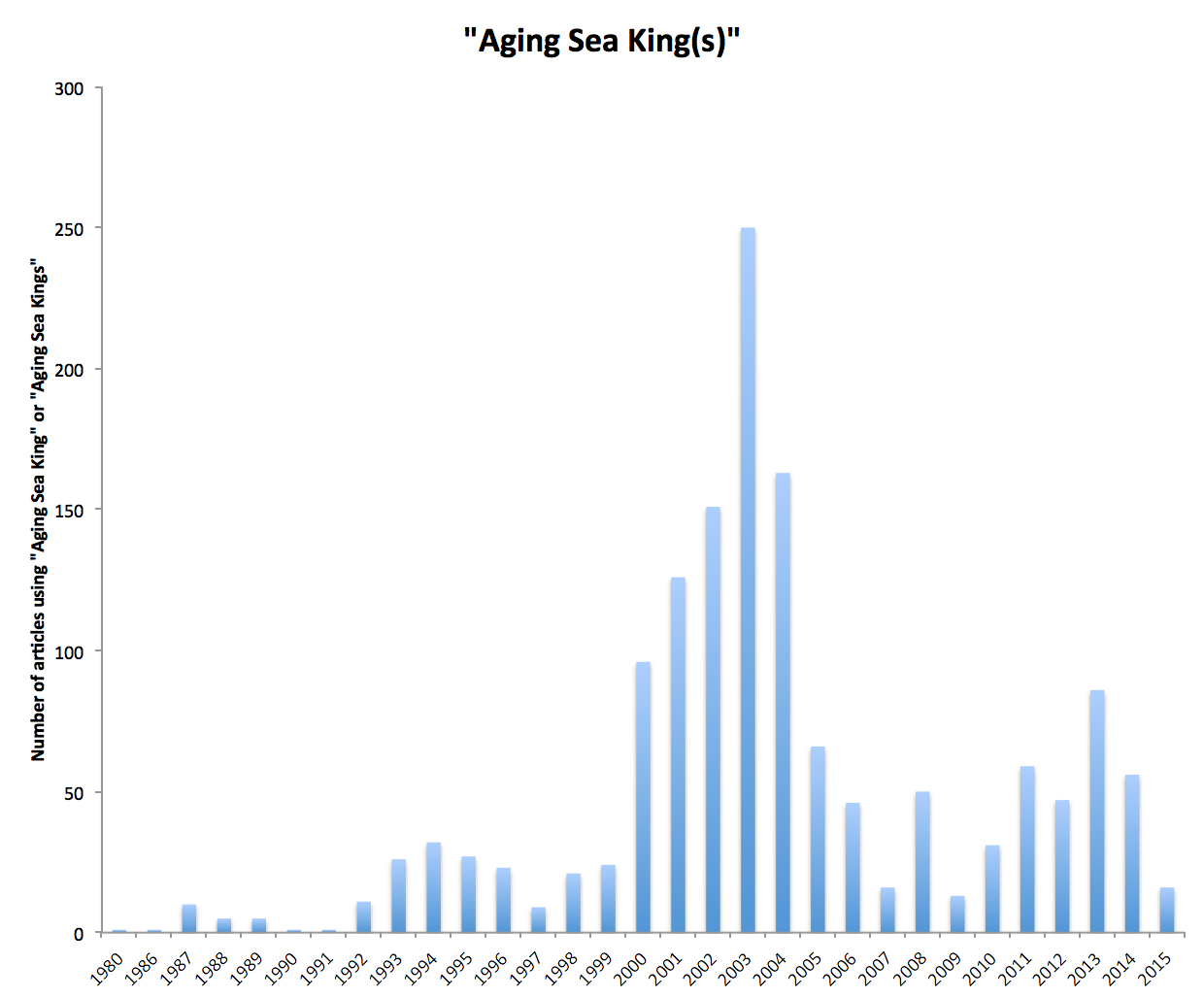 Canadian journalists have spent 30 years pointing out the age of the country’s ever-aging Sea Kings.

Finally, this week, after 30 years of dithering and incompetence, replacements have arrived. The government is so proud that three separate Conservative politicians jostled for photo opportunities at the announcement. I suspect I’d recognize the look on the faces of the armed forces personnel as they watched Jason Kenney, Diane Finley and Peter MacKay strut about with shameless self-satisfaction.

It is difficult to say this with sufficient emphasis without resorting to all-caps: those politicians, this government, the senior officers and the procurement bureaucrats in Ottawa deserve nothing but our contempt for the way they have managed Canada’s military purchasing.

The list of bungled projects has become so long and contains so many costly and disastrous failures, you are forced to wonder if foreign saboteurs infiltrated DND years ago. Joint Support Ships, uniforms, mid-shore vessels, submarines, search and rescue aircraft, drones, armoured tanks, trucks, strategic lift aircraft, Chinook helicopters, their new headquarters, rifles, and of course the biggest fiasco of them all: the F-35 fighter jet. Again and again, costs double and then triple, deadlines are missed by years, and when the equipment finally arrive–it doesn’t work.

How does this happen? There have been dozens of studies, reports and investigations, all pointing fingers in different directions. Some blame archaic and cumbersome bureaucratic processes. Others point to understaffing and burnout among officials. There have been arguments about conflicts between the Treasury Board, Public Works, and DND. In some cases, it appears to be bad luck, in others simple incompetence. Political grandstanding has played a role, such as when former prime minister Jean  Chrétien cynically cancelled an earlier replacement of the Sea Kings. And of course, there are numerous examples of contracts being awarded not on merit, but in a cynical effort to generate votes.

To be fair, there have also been timid efforts to fix the mess. Ministers have been shuffled. Generals have been retired. New procurement strategies have been drafted, adopted, blamed and discarded. But, self-evidently, none of this has worked. David Pugliese, the relentless Ottawa Citizen journalist who has made a career covering the endless procurement failures of DND, reported this week that the new Cyclone helicopters may be underpowered. And even if this latest problem is fixed, Canada will not take full delivery of the new helicopters for another three years. The decades-long national embarrassment of the Sea Kings is not over yet.

It is obvious. It has been obvious for years. Incremental and piecemeal changes to Canada’s utterly broken military procurement system don’t work. We are long past the point of tinkering. Wholesale change is needed.

The glacial and confused inter-departmental procurement process should be centralized within one organization, be it DND, Public Works, or a new stand-alone agency. MacKay, Finley, Kenney, and every officer and official who presides over the current mess should be given new jobs, perhaps in some isolated Canadian base in Nunavut or Newfoundland. And every single one of them should be flown there in a Sea King.