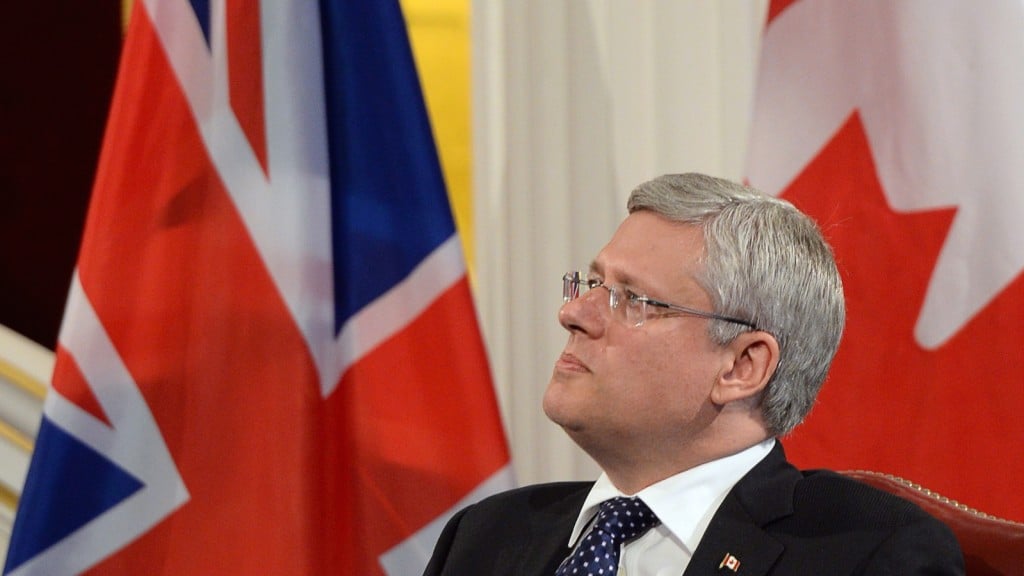 OTTAWA – Like a fresh-baked pie on the window sill, the sweet smell of a surplus has mouths watering — but which ministers will get a piece in this critical pre-election period, and how will it trickle down to Canadians?

Prime Minister Stephen Harper must decide how best to spend the excess dollars in the next couple of months and there’s active lobbying for the bucks, government insiders say.

All the decisions will be evaluated through the lens of the 2015 election, which looms large over what is likely the last fall sitting before the writ is dropped.

As if to put a fine point on where heads are at, Harper will hold a campaign-style rally at a convention centre off of Parliament Hill Monday to kick-off the legislative season with his caucus and invited party supporters.

“I think it’ll help to underline the importance that our government is actually placing on the economic side of the agenda,” Government House Leader Peter Van Loan said of Harper’s planned remarks.

“That economic focus…will come across loud and clear and it’ll help to set the tone for the sitting ahead and the extent to which job creation and economic growth will be our priority.”

Several government sources say ministers are doing their best to persuade the prime minister’s office that their programs or initiatives should get some love. Many departments have seen no genuinely new money since before the 2008 economic crisis, asked to find money in their existing budgets even when unveiling new activities.

The Conservatives have dropped a few hints on the direction they’re likely to take. One happened on Thursday, when Finance Minister Joe Oliver announced cuts to Employment Insurance premiums — a measure directed at small-business owners.

Michele Austin, a former chief of staff to cabinet minister Rona Ambrose, is betting that tax cuts and tax credits will be the favoured route for spending a large portion of the surplus.

The Conservatives have found success with relatively inexpensive but popular tax measures such as the children’s fitness credit and deductions for tradespeople who purchase tools.

“What you’re seeing here is the struggle that is a happy one to have — what kind of tax breaks do we offer that is the most politically expedient?” said Austin, a senior advisor with Summa Strategies.

“I think the bulk of the surplus will be given back in terms of tax cuts, but there will be some healthy sprinkling of programming.”

Tom Mulcair has already started talking about how a NDP government would set spending priorities. At a caucus meeting in Edmonton last week, he promised to institute a national childcare plan and to raise the minimum wage for federal workers to $15 per hour.

As far as the surplus goes, he said he’s got a specific recommendations for where the Conservatives should be spending it.

“If there’s any surplus, it should be used to reinstate any money cut from the health-care system,” Mulcair said in an interview Sunday, noting the premiers have pegged the amount of the funding cuts at $36 billion over 10 years.

“We’d reinstate the veterans offices the Conservatives cut, and return the age of eligibility for Old Age Security to 65.”

Mulcair will be tackling a spending debacle of another kind on Parliament Hill. He’s fighting a decision by a Commons committee that the NDP must repay millions associated with mail-outs and satellite offices paid for through MPs’ parliamentary budgets.

The NDP leader said his party is preferring the option of fighting the issue in the courts, rather than the “kangaroo court” of the Board of Internal Economy.

Liberal Leader Justin Trudeau, who continues to garner the derision of both Mulcair and Harper as lacking in experience, has indicated he will continue to spend the lion’s share of his time off Parliament Hill at a myriad of meet and greets.

Trudeau has so far revealed little of his specific ideas for how a Liberal government would manage the surplus dollars or set a new budgetary course.

“I’m glad to be holding the prime minister to account a few times a week, but the actual debates, the actual issues, the actual solutions — they’re not to be found in Stephen Harper’s Parliament,” Trudeau told CBC Radio’s The Sunday Edition.

“They’re very much to be found across the country, and that’s where my focus needs to be.”