Canada's top cops say inquiry would delay action, calling on all levels of government to act 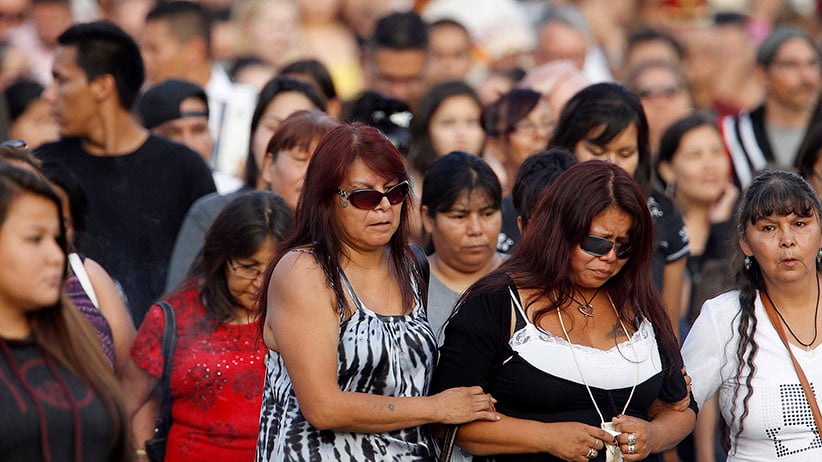 VICTORIA — The Canadian Association of Chiefs of Police are not endorsing a public inquiry into missing and murdered aboriginal women, saying such an exercise would only delay action.

Instead, the nation’s top cops called on all levels of government Tuesday to take immediate action to address the underlying issues that lead aboriginal women to be vulnerable to crime and violence.

“Yes, a national inquiry may shed some light on this, but as Canadian chiefs, we don’t want to delay action,” Saskatoon Police Chief Clive Weighill, the newly elected president of the organization, said at the group’s annual meeting in Victoria.

“We know what the problems are. The aboriginal population in Canada knows and I think most Canadians know what the issues are. Let’s get on with it.”

Aboriginal groups have repeatedly called for a public inquiry for at least a couple of years.

But the death of 15-year-old Tina Fontaine, whose body was found Aug. 17 wrapped in a bag and dumped in the Red River in Winnipeg, has become a rallying point.

The teen had run away from foster care, and Weighill said aboriginal girls make up a majority of the females in foster care and group homes.

He said there have already been many studies pointing to the underlying issues of poverty, poor-housing, racism, social challenges and marginalization.

Weighill said the statistics are startling. Studies in his city show aboriginal women are five to six times more likely to be victimized than non-aboriginal women, and aboriginal people account for more than 80 per cent of the population of Canada’s prisons.

“The drivers for this are not a police issue,” he said. “A lot of times it’s a health issue, it’s a housing issue, it’s a poverty issue. They’re issues affecting people that are disadvantaged — that’s what’s driving some of the vulnerability for some of our First Nations women.”

Earlier this year, RCMP released a report that found 1,181 cases of murdered or missing aboriginal women between 1980 and 2012.

And it’s not just aboriginal women, Weighill pointed out. Eighty per cent of Canada’s prison populations are First Nations, Inuit and Metis, he said.

“Those within the law enforcement community cannot help but recognize the marginalized conditions that too often face First Nations people,” he said.

“Poverty, poor housing, racism, etc. are pre-conditions to heightened criminal activity and more victimization. We need to work with the federal government on strategies to improve living conditions and prevent recruiting by gangs and enticement towards prostitution and drug abuse.”

The federal government has firmly rejected an inquiry.

On Tuesday, a spokeswoman for Justice Minister Peter MacKay issued a statement saying there is no need for another study “on top of the some 40 studies that have already been done.”

“We need police to catch her killer and ensure the perpetrator or perpetrators are punished and face the full force of the law,” the statement said.

“It’s a community issue,” he said.

He said the police chiefs’ association wants an action plan that brings together health, social and education services, as well as police.

Michele Audette, president of the Native Women’s Association of Canada, said she was disappointed that the police chiefs did not back a public inquiry.

But given the federal government’s position so far, Audette herself has advocated a roundtable of government agencies and aboriginal leaders to discuss the same issues.

“Yes, dialogue need to happen and they want to be part of it,” she said. “That is good news.”

Several provincial premiers have spoken out in recent days in favour of a public inquiry.

The issue was expected to be on the agenda when premiers and aboriginal leaders meet in Charlottetown on Wednesday at the start of the annual premiers’ conference.