Mohamed Fahmy sentenced to 3 years in prison in Egypt 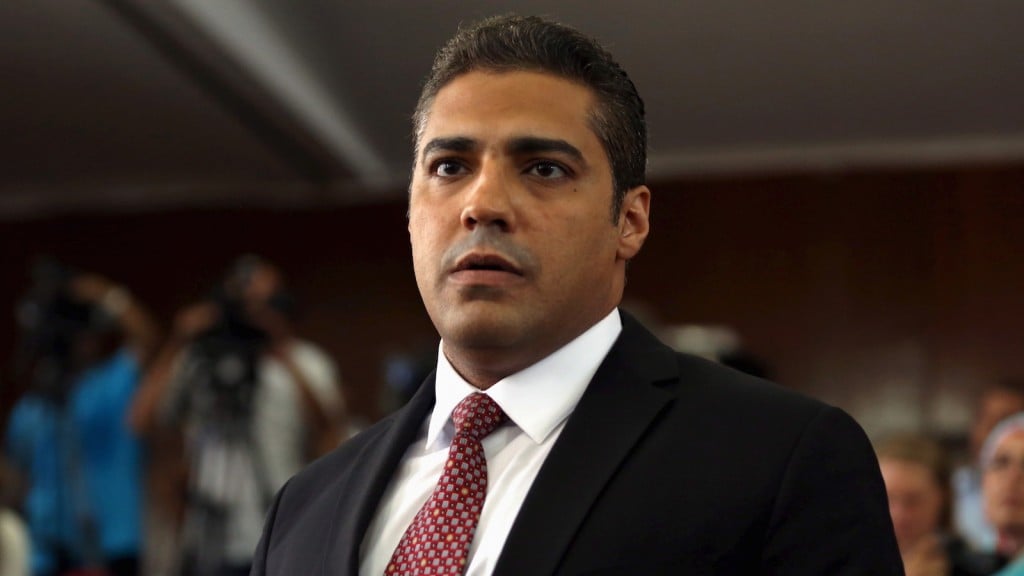 CAIRO – An Egyptian court has sentenced Canadian Mohammed Fahmy and two other Al-Jazeera English journalists to three years in prison, the last twist in a long-running trial criticized worldwide by press freedom and human rights activists.

Fahmy faced widely denounced terror charges and had spent more than a year in prison before a successful appeal of an earlier conviction resulted in the re-trial which culminated in Saturday’s verdict.

In his ruling Judge Hassan Farid said he sentenced the men to prison because they had not registered with the country’s journalist syndicate. He also said the men brought in equipment without security officials’ approval, had broadcast “false news” on Al-Jazeera and used a hotel as a broadcasting point without permission.

Immediately after the ruling, Fahmy’s wife, Marwa, wept in the court.

“I’m extremely sad, and I’m extremely disappointed from this verdict, it is so unfair,” she told The Canadian Press.

“This sentence has shown that it’s a political case and they just want to get Al Jazeera,” she said, adding “All I’m asking now is for justice and fairness — the same for what applied for Peter.”

She was referring to Peter Greste, her husband’s Al Jazeera colleague who was deported to his native Australia in February.

Lynne Yelich, minister of state for foreign affairs, said in a statement that Canada is “disappointed” and that Saturday’s decision “severely undermines confidence in the rule of law in Egypt.”

“The Government of Canada continues to call on the Egyptian government to use all tools at its disposal to resolve Mr. Fahmy’s case and allow his immediate return to Canada,” Yelich said.

“Senior Canadian officials in Canada and in Cairo are pressing Egyptian authorities on Mr. Fahmy’s case. This includes advocating for the same treatment of Mr. Fahmy as other foreign nationals have received.”

It wasn’t immediately clear how the sentence would affect Fahmy and his co-convicted. Greste, however, spoke to Al-Jazeera from Sydney and said he believed an Egyptian appeals court would overturn the verdict.

“It sends a message that journalists can be locked up for simply doing their job, for telling the truth and reporting the news. And it sends a dangerous message that there are judges in Egypt who will allow their courts to become instruments of political repression and propaganda,” she said.

“The whole case has been heavily politicized and has not been conducted in a free and fair manner,” Mostefa Souag said.

“There is no evidence proving that our colleagues in any way fabricated news or aided and abetted terrorist organizations and at no point during the long drawn out retrial did any of the unfounded allegations stand up to scrutiny.”

The 41-year-old Fahmy’s troubles began in December 2013 when he was working as the Cairo bureau chief for Qatar-based satellite news broadcaster Al Jazeera English.

He, Greste and Egyptian producer Baher Mohammed were abruptly arrested and charged with a slew of offences, including supporting the Islamist Muslim Brotherhood, a banned organization affiliated with ousted Egyptian president Mohamed Morsi, and with fabricating footage to undermine the country’s national security.

The trio maintained their innocence throughout, saying they were just doing their jobs, but after a trial which was internationally decried as a sham, they were found guilty and sentenced to prison terms.

Greste was suddenly allowed to leave Egypt before their retrial began, under a law which allows for the deportation of foreign nationals convicted of crimes.

Fahmy gave up his dual Egyptian citizenship while behind bars in the hopes that he could follow the same path, but that didn’t happen. He was, however, granted bail in February shortly after his second trial got underway.

Throughout the proceedings Fahmy has pointed out that his case had been complicated by politics in the Middle East, referring to himself as a “pawn” in a rift between Egypt and Qatar, which owns Al Jazeera.

Egypt and Qatar have had tense relations since 2013, when the Egyptian military ousted Morsi amid massive protests.

Angered by Al-Jazeera’s handling of the case, Fahmy has filed a lawsuit in Canada seeking $100 million from the broadcaster, saying that it put the story ahead of employee safety and used its Arabic-language channels to advocate for the Brotherhood. Al-Jazeera has said Fahmy should seek compensation from Egypt.