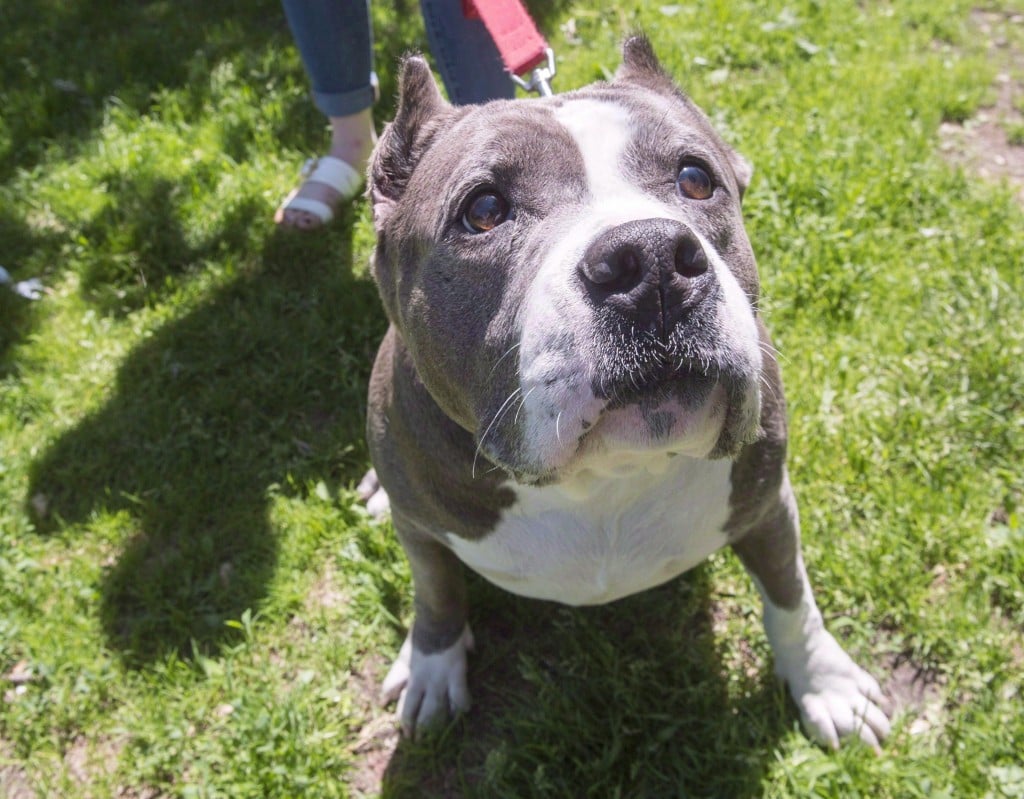 A pit bull named Athena goes for a walk at the SPCA, Tuesday, June 14, 2016 in Montreal. THE CANADIAN PRESS/Ryan Remiorz

MONTREAL – Promising to never yield to threats or lobby groups, Montreal Mayor Denis Coderre says the city must consider an immediate appeal of a court ruling that suspended its ban on new pit bulls.

“My priority will always be the well-being and safety of humans,” Coderre said on his Facebook page Thursday.

A Quebec judge ruled Wednesday that parts of a municipal bylaw can’t be enacted until a court hearing is held on the merits of the case.

That might only be several months down the road.

The ruling came after the Montreal SPCA argued the bylaw, which also aimed to place restrictions on current pit bulls, is discriminatory, unreasonable and unenforceable and would result in the entire breed being penalized.

Coderre expressed disappointment with the decision and said he is convinced the bylaw is based on solid legal ground.

In his ruling, Quebec Superior Court Justice Louis J. Gouin said the SPCA had demonstrated a “real and immediate urgency” and the existence of a “serious issue” that needed to be settled.

“This ‘serious issue,’ more precisely, is the jurisdiction of the city because, in adopting the contested provisions, which appear inconsistent with other laws, the city may have overstepped the limits of its jurisdiction,” Gouin wrote.

He encouraged the city to go back to the drawing board and reflect on the definitions and wording between now and whenever the current case is hashed out.

Gouin agreed with the SPCA’s assertion that identifying a “pit bull-type dog” is problematic. The SPCA argued the definition is “vague and imprecise” and that neither it nor dog owners are sure which canines are covered.

Coderre reiterated his belief the bylaw is sensible and balanced and that owning a dog or a cat in Montreal is not a right but rather a privilege that comes with certain obligations.

“The city must consider an immediate appeal of this decision,” the mayor wrote.

“We will not give in to threats or lobby groups. We are reaffirming our will to ban pit bull-type dogs from the territory of Montreal….When it comes to the safety of our citizens, we will not compromise.”

Coderre again dismissed the notion the city went too quickly, saying it could have acted immediately after the dog-related death of a Montreal woman in June.