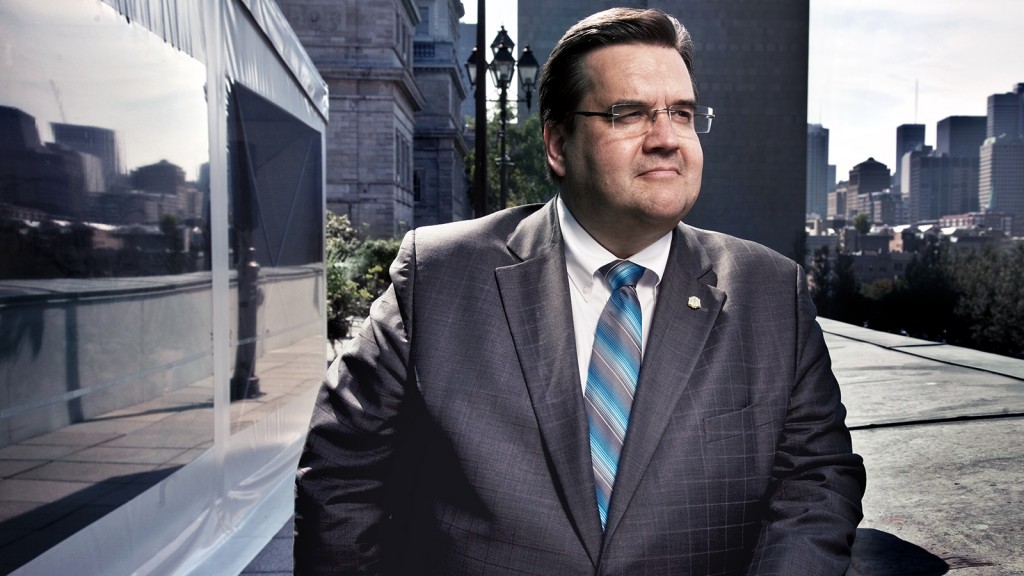 MONTREAL – The federal government is playing “cheap” politics and has little credibility on matters of science, Montreal Mayor Denis Coderre said Tuesday, in reaction to Ottawa’s call for the city to suspend plans to dump eight billion litres of sewage into the St. Lawrence River.

Coderre gave officials from Environment Canada three days to meet him and city bureaucrats in order to talk alternatives.

The mayor came out strong against the government, accusing the Conservatives of trying to score “small, cheap political points” during the federal election campaign “off the backs of Montrealers’ safety.”

Environment Minister Leona Aglukkaq called on the city Tuesday to suspend plans to dump the sewage while her department studies the environmental impacts of releasing the waste into the water.

Aglukkaq added she asked her officials to “explore options to prevent this release.”

“The proposed plans by the City of Montreal to dump billions of litres of untreated raw sewage into this important river is very concerning — as many citizens have noted publicly … I ask that (Montreal) Mayor (Denis) Coderre halt his plans while a proper assessment is done,” Aglukkaq said.

Montreal plans to dump the untreated wastewater into the river between Oct. 18 and 25.

City officials say they have to release the sewage into the St. Lawrence because roadwork will temporarily shut down a nearby treatment facility and there is no other place for the waste to go.

Coderre said Tuesday it would cost at least $1 billion to divert the sewage.

The mayor added Environment Canada knew about the problem since September 2014 and the federal department had “months and months” to come up with alternatives.

He took a swipe at the environment minister and the Conservatives, whom he insulted with a colourful reference to a children’s show.

“If the government of Canada — who is really credible in matters of science and who think ‘The Flintstones’ are a documentary — are trying give us lessons to win political points,” he mused, “I am not getting into it.”

Coderre acknowledged the federal government had the power to block the city’s plans.

Coderre also dismissed criticism from the NDP, who’s leader Tom Mulcair said Tuesday on the federal election campaign trail that if elected prime minister he wouldn’t allow the city to dump the wastewater.

“My dear Tom,” he said, “we did all our homework. And the only possible option is this.”

Coderre wasn’t able to fully explain why he said there would be “no impact” on the St. Lawrence River after the dumping.

He answered: “Because the experts said so.”

“Because of the oxygen that goes through the (water) flow,” he said. “The waste can eventually be collected. There is dilution, there are some ways that nature is working. We eventually collect all our waste.”

A petition aimed at stopping the release has so far collected 70,000 signatures.

Federal Green party candidates in Quebec have called the city’s decision “ill-advised,” suggesting it could have done better.

Daniel Green, a Green candidate, said parsing the work over a longer period instead of proceeding with a one-shot deal in October could have lessened the impact, as would having the work done in February, when frigid temperatures would kill off bacteria.

Coderre has also dismissed concerns raised by a U.S. state senator from New York, Patty Ritchie, who wrote a letter to the International Joint Commission — whose mandate it is to protect the St. Lawrence and Great Lakes — to probe Montreal’s decision.

Ritchie said the notion of dumping “the equivalent of 2,600 Olympic-sized swimming pools filled with wastewater” from homes and businesses needs further study.

Coderre insists the plan is the right one.

“When you’re factual, when you look at the experts, at the end of the day that was the decision to be taken because it was the only one,” he said.