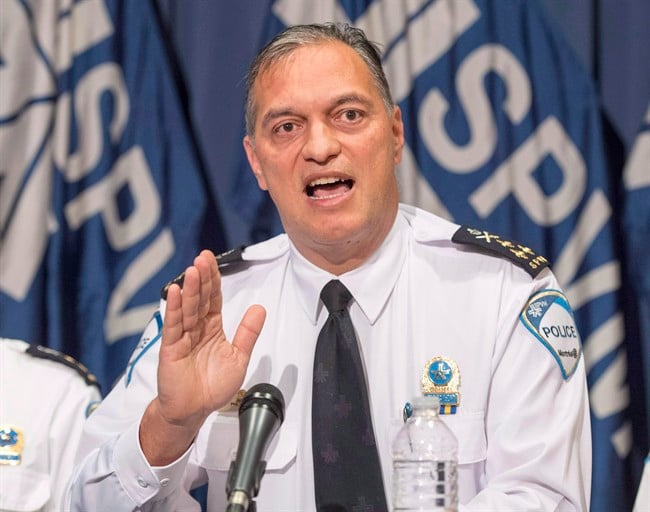 Philippe Pichet says he acted quickly by asking provincial police to look into the allegations, which surfaced in a report broadcast Tuesday night on French-language network TVA.

“Citizens have to keep confidence in the police department, so it’s very important for me to take action to eliminate all grey zones around that situation,” he said in an interview with The Canadian Press.

Two ex-Montreal police officers said on the program that members of the force fabricated evidence against them to stop them from coming forward with proof of corruption they allegedly discovered in 2012.

Jimmy Cacchione and Giovanni Di Feo described themselves as whistleblowers who were preparing to go public with the allegations when they were suspended without pay in June 2013 following an internal disciplinary investigation.

They later left the force after reaching amicable agreements.

The ex-officers said they hadn’t seen the evidence that prompted their removal from the force.

They did say, however, they had consulted several documents that led them to believe that investigators from the internal affairs department fabricated the evidence.

Pichet described the allegations as “troubling” and promised to take immediate action if the provincial police investigation shows evidence of wrongdoing.

Montreal police have previously faced criticism after it emerged they obtained warrants to monitor journalists’ phones as part of an internal investigation into police misconduct.

On Wednesday, the chief said he still has confidence in the force despite having to learn about the recent allegations on television.

“We have very professional police officers and we’re doing our job the best way we have to do it,” Pichet said. “Are we perfect? The answer is no.”