Based on incidents reported to police in 2010, Saint John, N.B., tops the list 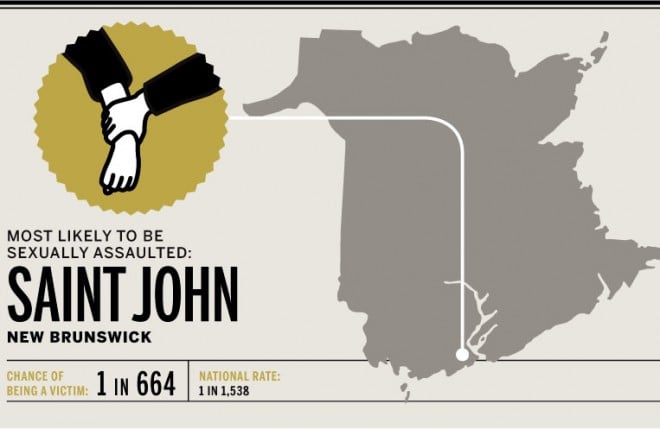 There is some progress on this front. Last year, about 65 Canadians out of every 100,000 suffered a sexual assault—down from more than 78 victims per 100,000 in 2000. Of course, these are police-reported incidents, and few doubt this remains a much under-reported crime. Based on what was reported to police in 2010, Saint John, N.B., tops the list. North of the 60th parallel, however, the rates of sexual assault are particularly horrific. In the Yukon, one person in every 515 was sexually assaulted last year. In Nunavut, there was one for every 164 people.