The lakeside city of Belleville, Ont.—population 50,000—had the highest rate of breaking and entering in Canada for 2010 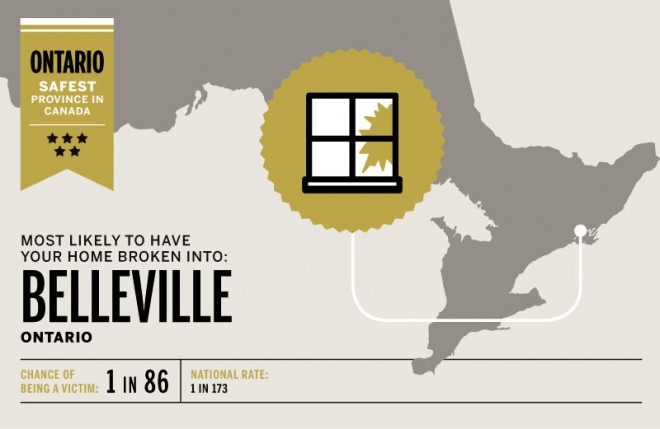 The lakeside city of Belleville, Ont.—population 50,000—had the highest rate of breaking and entering in Canada for 2010. Given the horrid crime spree of theft and murder by former colonel Russell Williams, one might suspect the city experienced a statistical blip. But while Williams committed more than 80 break-ins, only two of them were handled by Belleville police. That means break-ins were already a severe problem. To tackle such crimes, police created the Project Recover task force late last year, says Sgt. Julie Forestell. Since then, she says, the rate of break-ins has declined. “We’ve done something right,” she says. “The response was appropriate and ongoing.” The evidence of that, of course, will be in 2011’s statistics.