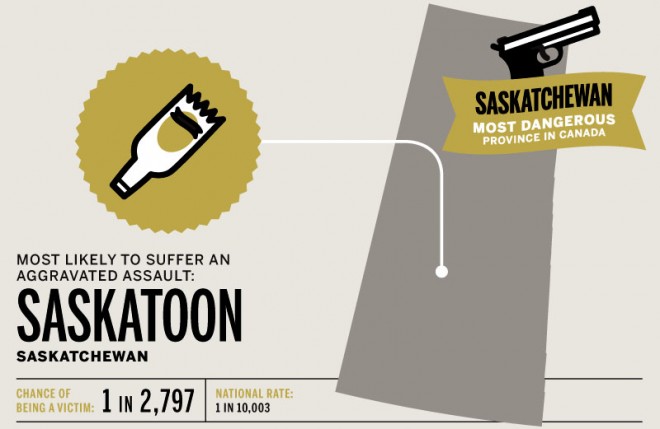 Aggravated assault is as bad as it gets before the charge is attempted murder. The Criminal Code charge of aggravated assault is laid against anyone who “wounds, maims, disfigures or endangers the life of the complainant.” It’s a world of hurt that’s best avoided, so eschew dingy bars, dark alleys, harsh words, and all jokes about Saskatchewan. Yes, Saskatoon and Regina top the list, while Edmonton is right behind. In fact, seven of the 10 worst cities for aggravated assault are in Manitoba or points west. Not that we’re picking a fight or anything.