Mulcair said the NDP has launched a study to better understand its electoral collapse, led by its party president and its national director 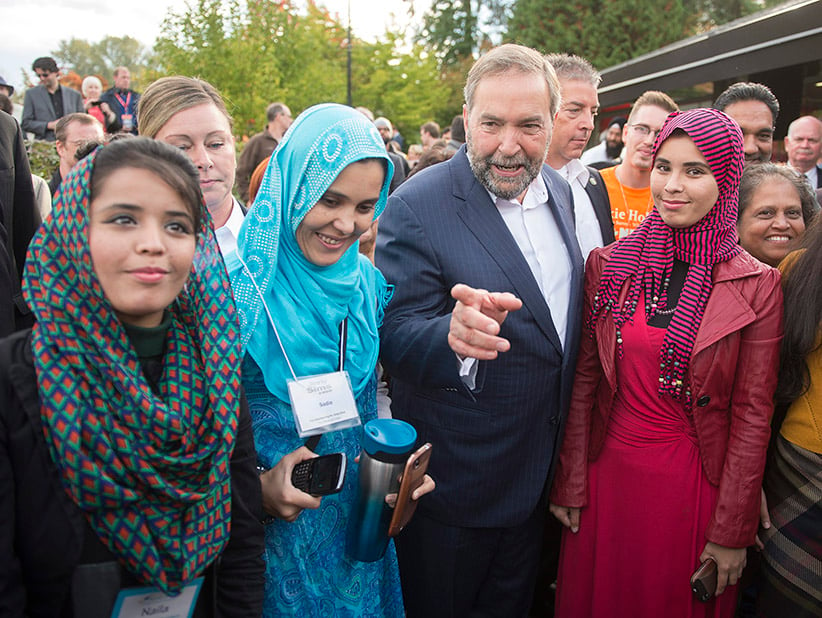 The NDP elected two more MPs in the province than in the previous election, expanding its seat count on the West Coast from 12 to 14.

“This has been a campaign that, as you know, has had lots of ups and downs. But boy, here in British Columbia it’s been mostly ups,” Mulcair told a cheering crowd in Vancouver while presenting the keynote address at the B.C. NDP’s annual convention.

“I am so honoured to have led this party through this federal election and so humbled in front of the effort that was deployed here in British Columbia,” Mulcair said.

“All we have to do is make sure that in 2019 everybody understands that the Orange Wave starts in the Pacific and works its way east.”

While the party did manage to increase the number of MPs from B.C. heading to Ottawa, the overall seat count in the province also grew during the past election, jumping from 36 to 42.

Nationally, the New Democrats saw their overall presence in the House of Commons drop from 103 to 44 MPs, giving the party back its historical third-party status after its first and only term as the country’s official opposition.

He said he hasn’t yet sat down to speak with Prime Minister Justin Trudeau but that he looks forward to finding common ground to co-operate with the new government.

“The NDP has a proud history of working with others, holding true to our principles,” said Mulcair. “I’m honoured to lead a caucus that will continue in that tradition, because Canadians voted for change. We embrace that desire.”

The New Democrats will press the new Liberal government to introduce electoral reform, to launch an inquiry into missing and murdered aboriginal woman and to reject the Trans-Pacific Partnership trade deal, said Mulcair.

He also confirmed he would travel to Paris alongside the new government next month to attend the United Nations’ climate conference.