Mother reaches out to parents of her daughter's killers 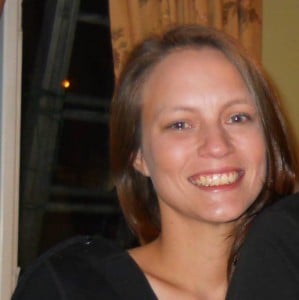 HALIFAX — Miriam Saunders says she’s been overwhelmed with grief since the slaying last year of her daughter Loretta, but the Inuit woman from Labrador says she still plans to continue her daughter’s work as an advocate for murdered and missing aboriginal women.

“After my grieving and healing, I plan to start doing work to prevent this from happening to any other child,” she told a news conference Thursday, a day after a couple from Halifax pleaded guilty to killing the 26-year-old university student in February 2014.

“Where I come from, it’s very isolated. … We didn’t know about things like this. It was only in the movies.”

Saunders was surrounded by family members, including her husband, Clayton, daughters Delilah and Audrey, son Garrett and two of her sisters.

Reading from a statement, Delilah Saunders said: “Loretta may not be here today, but her legacy lives on and will continue to grow through seeking justice for all missing and murdered indigenous women and girls.”

Despite her grief, Miriam Saunders reached out to the parents of her daughter’s killers.

“I can’t imagine what their parents are feeling,” she said. “I’d like to let them know I have them in my prayers.”

Clayton Saunders said a huge burden was lifted from his shoulders when Blake Leggette and Victoria Henneberry pleaded guilty to murder Wednesday as their trial was starting in Nova Scotia Supreme Court.

“Will I forgive those killers? I can’t find it in my heart right now,” he said in a low voice.

As he was describing how his daughter was a dedicated student who loved children, he drew a deep breath, sobbed quietly and a tear rolled down the side of his weathered face.

“She would go miles out of her way just to see a little child of one of her friends,” he said. “She was just a beautiful girl.”

Friends of Saunders have said she was three-months pregnant at the time of her death.

Just before the news conference concluded, he placed several photos of his daughter on the table in front of him, one of them showing father and daughter dancing together at her high school prom.

Two statements of fact submitted to the court say Leggette and Henneberry were having “financial difficulties” soon after they moved into a sublet room in Loretta Saunders’ apartment in January 2014.

On Feb. 13, 2014, she went to collect rent from the couple but they didn’t have the money, according to the statements.

Leggette grabbed Saunders by the throat and tried to pull three plastic bags over her head. But the young woman fought back and tore through the bags as the pair struggled and fell into an adjacent dining room. That’s when Leggette twice hit her head against the floor and she stopped moving.

“Ms. Henneberry remained during the struggle,” the documents say.

Her body was found in a hockey bag on the side of a New Brunswick highway near Salisbury on Feb. 26, 2014, about two weeks after she was last seen in Halifax.

A sentencing hearing is scheduled for Wednesday.