Tom Mulcair, the only leader campaigning on Sunday, went to the Maritimes' largest urban centre 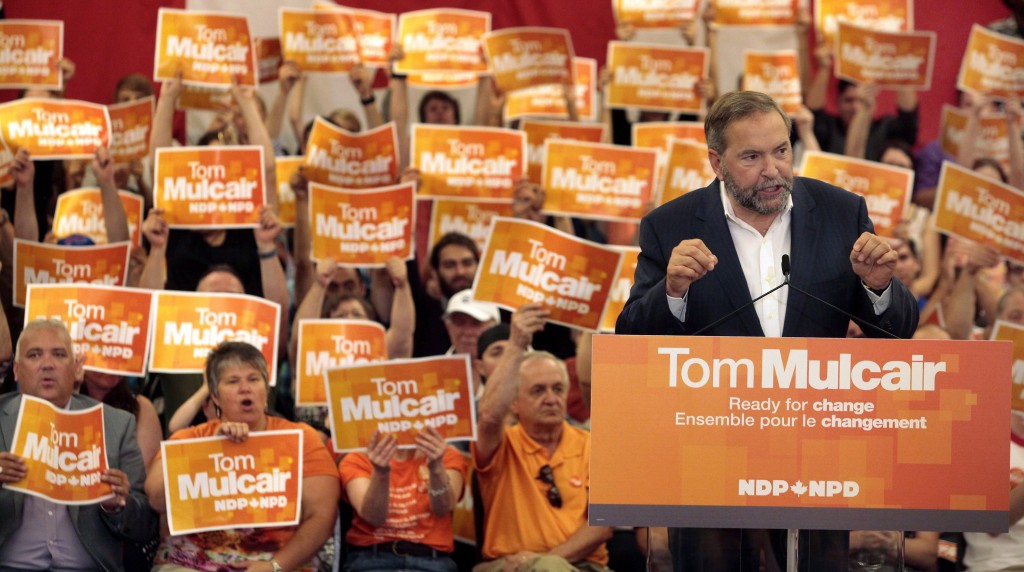 HALIFAX – NDP Leader Tom Mulcair was the only major party leader on the campaign trail Sunday as he took his election campaign to the Maritimes, but the other two parties weren’t completely out of the spotlight as they both took aim at the New Democrats’ platform.

Mulcair campaigned in Halifax on Sunday, the largest urban centre in a part of the country that once was the exclusive preserve of the Conservatives and Liberals.

The New Democrats currently hold three seats in Nova Scotia — they have a fourth in New Brunswick.

Don Desserud, a political science professor at the University of Prince Edward Island, said the NDP stands to gain ground in Nova Scotia this election. He said the party is now seen as a valid option for voters.

“A vote for the NDP is not seen, as it has been in every election before now, as a wasted vote, or a vote for a party that is lucky to finish third or is at the very best going to be the official Opposition,” said Desserud from Cornwall, P.E.I., on Sunday.

“Now it’s a party that is leading in the polls and has support across the country. It’s the party that looks like, at this point anyway, could win this election.”

It appeared the Conservatives and Liberals agreed with the assessment as they both held news conferences to attack the New Democrats’ platform, claiming it contains a multibillion-dollar hole.

The Liberals said there’s a $28-billion gap between Mulcair’s promises of new spending and his pledge that an NDP government would balance all its budgets over a four-year term.

Meanwhile the Conservatives put up cabinet heavyweight Jason Kenney, who said there’s at least an $8-billion gap and that’s just in the first year of an NDP government.

Mulcair dismissed both claims, saying his party has carefully costed its platform. He said the other two parties are becoming desperate as they look at some recent polls that put the NDP in the lead.