This month, an inquest into the death of Kinew James will take place in Regina. A prisonmate remembers. 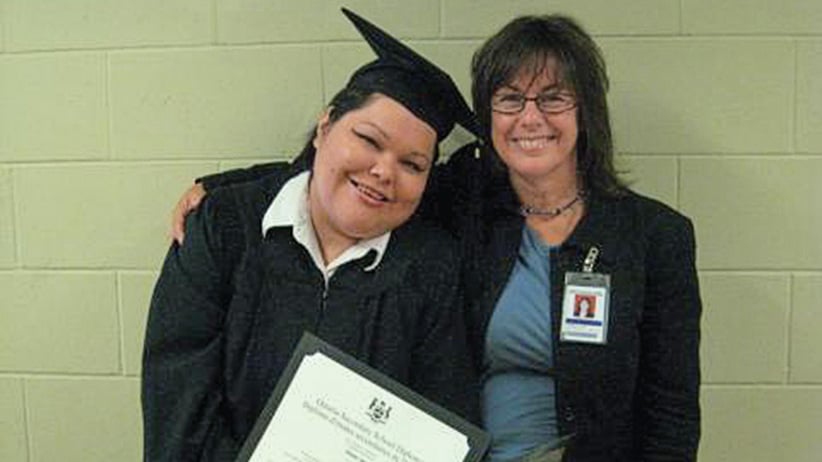 Kinew James was 35 when she died three years ago in a Saskatoon correctional facility, just a few months shy of being released. She had been incarcerated for half her life—from the age of 18 onwards. In Maclean’s Feb. 29 cover story, “You’ll never get out,” about Canada’s sky-high Indigenous incarceration rates, James’s story was featured as a prime example of the indignities and horrors of a system that seems incapable of dealing with traumatized, mentally ill inmates. Later this month, James’s death will be the subject of a public inquiry in Regina.

James was initially sentenced to six years, for arson and manslaughter, but inside, her mental health declined. She lashed out, repeatedly trying to harm and kill herself, and her sentence ballooned. Despite a host of mental health diagnoses, six of James’s 15 years in prison were spent in isolation—once for almost two years straight.

On the night of Jan. 20, 2013, James was heard moaning and calling for help, and repeatedly pressed the distress button in her cell. According to one report, corrections officers responded by muting the call button. When help did come, James was unresponsive; she was later declared dead from heart failure.

Maclean’s recently received the following letter from Nicole Kish, an inmate who served time with James at the Grand Valley Institute for Women, in Kitchener, Ont. (James was moved from Grand Valley after speaking out about guards she said were smuggling in goods in exchange for sexual favours.) Kish is currently serving a life sentence for second-degree murder, a crime she maintains she did not commit. She was convicted of the 2007 murder of Ross Hammond, who was attacked by a group of Toronto youth, and fatally stabbed. Kish was 21 at the time. – Nancy MacDonald 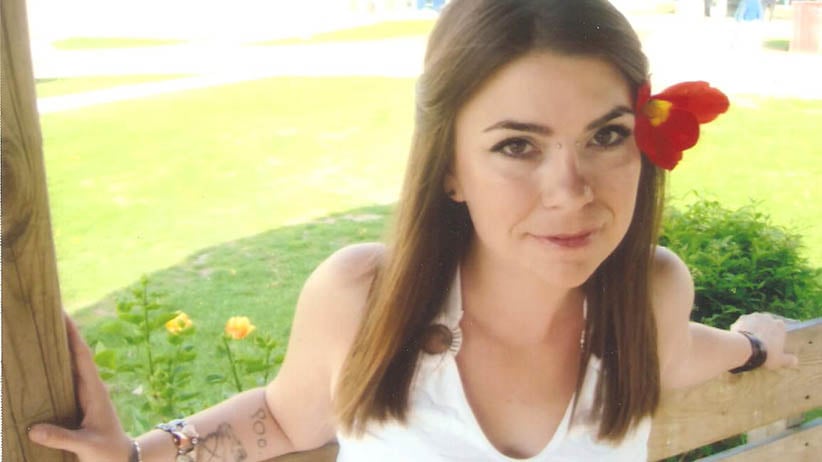 You recently published an article about systemic discrimination against Indigenous people in Canada. The article touched my heart and the hearts of many of the women at the Grand Valley Institution for Women, where I am imprisoned. The words resonated with us as truths we are not allowed to understand. When I read the comparison of prisons to “new residential schools,” I felt validated. We make this comparison inside all the time. We feel deeply concerned with many of the current practices in Canadian judicial and prison systems. We know they represent horrors because we experience those horrors.

We are not allowed to make these comparisons, however, because of the moral legitimacy upon which imprisonment is based. Because people are sent to prisons for breaking laws, there is an enormous barrier surrounding open dialogue about abuses in this system. Yet, it doesn’t take much interacting with the system to learn that it is much less about a person being bad or good that sends them to one of these places, but more about how much money they have or what colour their skin is.

I did a lot of time with Kinew. Almost two years. I watched her constantly struggle and collide with the system. I also cared for her very much. I talked to her often. She would confide in me. I sat with Kinew as she picked out the first [correspondence] course she was taking at Athabasca [University]. I remember how she came to me often about that course, as I take courses through the same school. Once, Kinew told me that she got a C or a D (I can’t remember which!) and even still, she shared her accomplishment with me with a sense of pride in her voice. Kinew was proud that she had completed the assignment at all. I was proud of her, too.

Taking schooling from the max unit is not an easy task for anyone. It was a philosophy course. When she finished, she donated her course books to the max library. She had a very sweet side to her. We got along very well. I have never had a hard time getting along with the most disruptive women in the system. It doesn’t take five minutes to see that a little bit of love and positive attention can save the lives of these abandoned and mistreated people. There are so many of them.

Kinew and I lived together on many occasions, though never for too long because Kinew never lived anywhere for too long before she had a period of segregation. This prison did not know what to do with Kinew, so they responded to her needs with experimental mixtures of medications, uses of force, by degrading her and by constantly segregating or moving her.

One time I was in a room with two guards who were organizing my property. They were having a conversation about Kinew in front of me. The guards, in some bizarre attempt to be friendly, repeatedly attempted to include me in their conversation. But I did not want to participate in what they were saying. They were talking about what a “piece of s–t Kinew was” and how they hoped that she wouldn’t get out of this system alive.

I was horrified. I had the feeling that Kinew wouldn’t get out of here alive, but when I said it, it was not because I wanted it to happen. I wondered how human beings could be so callous to one another, how the guards could not see the violence that they were enacting in their positions.

I was witnessing the dynamics and effects of imprisonment on First Nations people and people with mental illness from a maximum security unit, the units where the most harm in the Canadian prison system occur.

I have wondered, over the years, when harming people and abandoning them to prisons became okay. I wonder why so little is known about our prison system and I wonder when it stopped being about rehabilitation. It is such a cold and violent system, with intense potential for irreversible harm.

One time I left the unit for school. When I came back, we were locked down. Kinew had gotten into an argument with a guard and somehow flooded our pod. The max unit smelled intensely of dampness and chemicals. I lived in the pod across from Kinew at that point. The next weekend I went to my job as the max librarian in a small, multi-purpose programs room. Women from Kinew’s pod brought all the books that had been in the pod to me to dispose of. They had been wrecked from the amount of chemical spray that was used. We had just had them all donated from the community. Kinew was in segregation, where she often was.

When she was eventually released, she moved into my pod. This was how guards dealt with Kinew. Use force, segregate her, move her, repeat. I spent a lot of time in my cell but Kinew often called me out to try to give me presents or talk with me. She liked to talk about nature and getting out of jail. She wanted to connect with her traditional practices and she was working with me to learn how to open a website where she could sell crafts she made, once released. I liked to laugh with Kinew. And as “unstable, disruptive, violent and maladaptive” as guards would describe her, she was always kind and gentle to me. The formula was simple; I was kind to her. I looked at her like she was a human being. She was one.

Kinew was an intensely mistreated human being. The system had not one mechanism in place to actually help Kinew. I tried my best to nurture her positive potential—she had a lot. And certain employees here did try, too. I witnessed that. But the employees who actually care within this system feel like they have their hands tied, or feel that they will be ostracized by their co-workers for being “con-lovers” if they care too much.

I was compelled to write not to inform of systemic horrors in corrections, but because I felt an overwhelming urge to share who Kinew, the human being, was.

One of the things that Kinew liked to do the most was to give gifts. She associated giving gifts with being kind and with being connected to her culture, which she told me places a high value on gifting as a practice to demonstrate love and respect. Yet, like most positive social functions in prison, giving gifts of any sort, passing anything of any sort, even a book for another person to glance at, is a chargeable offence punishable by an internal disciplinary system. The new residential schools, indeed: what kind of institution institutes policies that attempt to break individuals’ cultural practices? Residential schools did. And prisons do.

So how did Kinew cope with the rule against sharing, against giving? She coped as she always did, by being herself, and then by feeling intense internal conflict and guilt for it. I saw it all the time with Kinew, in areas such as consuming the poor diet they supply us, with taking medications she did not want to, with reacting to the system. Kinew was one who felt intensely conflicted by having to do things she did not want to. She knew that eating the way we had to in max was killing her. I could see her struggle. But what was she to do? As the Maclean’s article mentions, even swearing in a conversation with peers can be used against us in prison, as I have repeatedly witnessed and experienced. But the guilt Kinew felt for being fundamentally at odds with the practices of this prison was most noticeable with gifts.

Kinew would knock on my cell door and call me out with a huge smile on her face. She would have her hands behind her back. I would know it was some kind of present. I always engaged. Sharing and caring are crimes that I am always willing to be guilty of. With a very specific production, routine or tradition, however we want to conceptualize it, Kinew would begin by telling me that she was looking at an object or carrying out an activity when she thought of me. Then she would tell me that she wanted me to have something of hers; it would mean a lot to her to give it to me. She would then show me the item, and I would gratefully accept and give Kinew a hug.

Sometimes it would be a pair of jeans or a piece of jewellery. Sometimes it would be something she had made herself or a piece of art she got in the mail. Either way, I would appreciate her effort and take her gift thankfully. Then I would place it carefully in my cell, where it wouldn’t be found if we were to be searched, and wait. Without fail, either one or two days later, there would be another knock on my door. It would be Kinew. She would apologize and ask for the item back. She would tell me she was very sorry, but that she did not think it was a good idea to be sharing, since we both would be charged. I would nod and tell her that I understood and then I would give her whatever it was that she had given me back.

Over the years, Kinew gave me a lot of presents that she took back. We never deviated from the giving process, though. I always accepted and returned, and she always came again with something else.

Kinew James taught me much about this system and of the resilient struggle of human beings to remain true to their values, even in the face of intense coercion.