Expert negotiators from each of the countries have three sessions to hammer out a new NAFTA. Will Chapter 11 and 19 threaten to close the book? 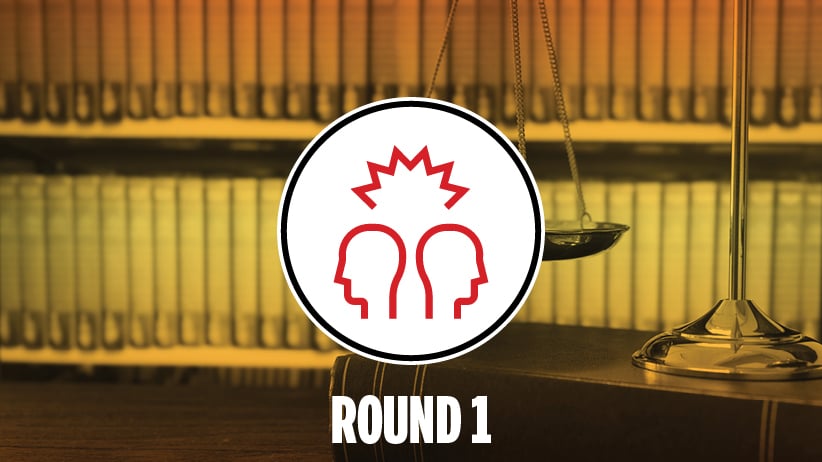 In this round of negotiations, the delegations only had the time to establish their initial opening positions on the format of NAFTA conflict resolution—how Chapter 11 and Chapter 19, which would establish systems to handle investor-to-state and state-to-state complaints respectively, would work.

Canada, represented by Ciuriak, makes a bold proposal to run counter to the U.S.’s love of countervailing duties: If a NAFTA member is not a major supplier, remove the threat of trade remedies by making that party automatically exempt—and then let’s get rid of Chapter 11 as well.

Chapter 19 goes hand-in-hand with the heightened recourse by the United States to trade remedies. We’ve seen specifics put on the table which suggest that right now the highest proportion of Canadian exports to the US ever are subject to countervailing, anti-dumping duties — with solar panels, aluminum, steel, softwood lumber and aerospace combined. So the essential reason why Canada insisted on Chapter 19 going into the Canada-US FTA back in the 1980s was the rising trend of use by the United States of trade remedies. Now, one thing which NAFTA does, and which the original Canada-U.S. FTA did, is to exempt under the safeguards clause the [cases] where we are not major suppliers.

I think a solution to the Chapter 19 conundrum is to take that automatic exemption—anti-dumping, countervailing, as well as safeguards—and put that into the trade remedies provision under NAFTA such that, where we are not major suppliers, we are automatically safeguarded. That would give the confidence and remove the major threat of widespread application of anti-dumping, countervailing duties, which would enable us to move away from Chapter 19.

I think along with that there would have to be a peace clause on aerospace and autos. And that would mean basically backing off on the Bombardier case. This is especially the case now that Boeing is talking a deal with Embraer. And as part of Chapter 19 going, I think Canada would be willing to see Chapter 11 go as well.

America, represented by Sands, says sorry-not-sorry about how it resolves disputes.

You know, the President is a litigious man. He’s been involved in an awful lot of lawsuits over his career. And the United States, I must say, is a litigious country. It is a messy way of resolving disputes, but it is one that is tried and true for us. And while we appreciate that Chapter 19 (the setting up of arbitral panels) was intended as a way — just as arbitration between firms is a way — of avoiding lengthy, messy, costly trials and litigation, we feel that the arbitral panels under NAFTA Chapter 19, and its predecessor, Canada-U.S. Free Trade Chapter 18, have not really led to the kind of results that we are satisfied with.

So he made a pitch: since arbitration is flawed, let domestic courts reverse bad decisions.

We would like to propose that we revert to what in the United States we call Article 3 courts, that is to say: courts that are fully under the judicial branch, Article 3 of the US Constitution. We would propose that there be a court to which you could appeal international investment. There is such a court now that’s part of the US Department of Treasury. We would also propose that, where a Canadian firm or a Mexico firm, or even an American firm, felt that the United States had not provided treatment due under the NAFTA agreement as we renegotiate it, that they be granted standing without the requirement of espousal by the Foreign Ministry to go to the US Court of International Trade and to bring suit looking for fundamentally one kind of redress, which is a change in the behaviour of the US regulating authority.

So if, for example, Customs refused to consider a rule of origin calculation, and the firm felt that that rule of origin calculation should be allowed, they could demand that the court review the math of the firm and get satisfaction. This is not to create massive damages. I think that was one of the mistakes of Chapter 11, that it opened the possibility of monetary damages, which is a negative for governments, for sure. But the idea that a bad decision, a corrupt decision, can be reversed, changed, made right is what we’re really seeking. And we would want Canada through the Canadian International Trade Tribunal, and Mexico through a similar body, to offer the same rights to firms challenging Canadian and Mexican government decisions. And we think that it should be the right also to review the decisions made by the provincial governments and state governments because these governments are often, now that we’re moving into more service trade, they’re the governments that have caused the problem.

Sands added that this plan would help empower Mexican firms more than a safeguard provision. But Mexico, represented by Diaz, rejects America’s assertion that Chapter 19 isn’t working well, saying the results have been “quite balanced.” However, he did call for one big change: Better panellists, which means paying more to get people with stronger experience and qualifications.

We should recognize that first of all, we want top-notch people working in Chapter 19 panels. We want to recognize that they do an important job in reviewing the decisions of our investigating authorities, and we want to recognize the value of the work that they do. If we are going to attract more efficiency, more high quality, and an even more diverse group of people to be involved in Chapter 19 panels, we should be able to pay them for what they do and, in fact, for the work that we want them to do.

So I want to propose actually better wage for panellists in Chapter 19 cases. That will allow us to attract not just academics, but actual practitioners, and perhaps even retired judges. … And I would suggest that the IXIT rate is a good starting point.

… We’re open to discussing the rules themselves. And I would say it would be a complement to Chapter 19, but we’re willing to talk about that as well as an alternative. And again, I think that trade remedies in general is an area where we could greatly improve and modernize the NAFTA.

Mexico also had thoughts on Chapter 11, suggesting corporate responsibility is the way forward.

Chapter 11 is mostly an avenue for governments to be sued. And while we certainly appreciate Canada’s concerns—not that Dan stated them here, but they’re no secret, with concerns about the right to regulate and unduly curtailing government activity, and this I say from the Mexican perspective especially—Chapter 11 is a good set of provisions that help to keep checks and balances on government activity.

The rules are quite clear. I don’t believe that there has been a lot of debate about the decisions and damages that have been awarded. But I don’t believe that the dispute settlement mechanisms are really the culprit. If anything, we should be concentrating in clarifying the rules, as we did, for instance, back in 2000 or 2001, when we negotiated the NAFTA Note of Interpretation and the three countries have in other bilateral investment treaties that we each have entered into with other countries, or as we did, for instance, in the TPP. … Mexico would be open as well to discussing new areas of improvement of Chapter 11 if we have time for that.

And the way to do it is, for instance, by bringing rules on corporate social responsibility. Because if the three NAFTA states are going to be offering substantive protection to foreign investment, we can and should demand appropriate conduct from those foreign investors in return, and that there should be consequences arising out of misconduct in that respect. But we can go into more detail about that. That would be an area of improvement. And we could make provisions to bring them not just as we did in the TPP, with a vague reference to voluntary standards that are out there, but actually impose actual discipline and bring them into the dispute settlement chapter, if you will.